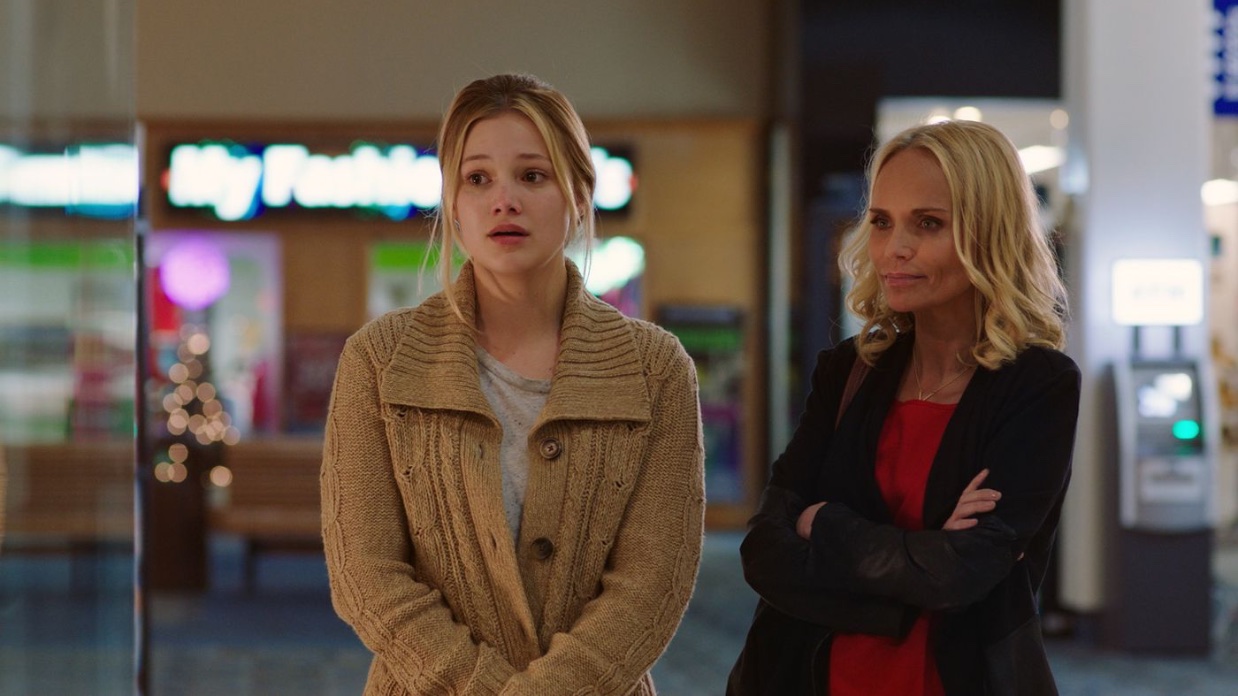 One of the most charming and intelligently written and directed teen films of recent years, Class Rank, premieres both in limited theatrical release and on multiple digital platforms today, and it’s well worth seeking out in whatever format one chooses to experience it. Olivia Holt and Skyler Gisondo (both terrific) play a pair of teenagers who take on their local school board over a bit of bureaucratic minutiae and in the process navigate both daunting struggles for power in the adult world and the complications of first love. The script by Benjamin August is a delicate treasure that’s hilarious but sweet and genuine — a major departure from that writer’s equally fine but much darker work on Atom Egoyan’s Remember. It’s reminiscent of great coming-of-age movies like Rushmore and Say Anything (with a dash of Election thrown in), yet it’s not in any way derivative or overly familiar; August honors the tradition he’s working in without being beholden to it. The screenplay and actors are beautifully served by Eric Stoltz’s sensitive and elegant direction, in which every camera move, composition, and cut both underlines and expands upon the script’s emotional content. As an actor, Stoltz appeared in several seminal teen films of the ’80s: Fast Times at Ridgemont High, Some Kind of Wonderful, the underrated Wild Life — he even had a great cameo in the aforementioned Say Anything. With Class Rank he contributes his own soon-to-be classic to the genre, juggling comedy, romance, and profound empathy with the grace of Cameron Crowe in his prime. Like Crowe, Stoltz doesn’t use the fact that this is a teen flick as an excuse to take his characters or his own responsibilities as a visual stylist lightly; to the contrary, each shot is clearly designed with care and thought, resulting in an expressive, vibrant, yet controlled piece of work. Stoltz’s total command of form here — every tonal shift is impeccably delineated with the camera, every performance finds the perfect balance between naturalism and stylization — is all the more impressive given that this is his debut feature as director, though he has worked extensively in television. I’ve long admired his work on Glee and Madam Secretary, where he exhibited a similar flair for finding the perfect visual corollary for his characters’ intentions, both public and private.

Speaking of finding the right visual language to express hidden intentions, Elaine May’s 1976 masterpiece Mikey and Nicky screens this Sunday night at New York’s Bamcinematek as part of their “A Different Picture: Women Filmmakers in the New Hollywood Era, 1967-1980” series. A superficial description of the story makes Mikey & Nicky seem like a fairly standard noir: Nicky (John Cassavetes), a man on the run from the mob, seeks help from his best friend Mikey (Peter Falk), a fellow criminal who may be setting Nicky up to be killed. Yet May takes this simple premise and uses it to present a complete and moving portrait of a complex male friendship over the course of one night, as well as one of the most harrowing films about betrayal ever made. Betrayal is a common theme for May; she tends to treat the subject comically in films like A New Leaf, The Heartbreak Kid, and Ishtar, though there’s always a dark undercurrent to the material. (The light surface of the underrated Ishtar, for example, cloaks a scathing indictment of U.S. foreign policy and its relationship to show business.) In Mikey & Nicky the darkness is all on the surface and completely undiluted, as the heartbreaking performances of Falk and Cassavetes convey the absolute horror of betrayal for both parties involved. May and cinematographer Victor Kemper are fearless in their willingness to darken large parts of the frame so that only slivers of light and small fragments of action are visible; it’s a way of emphasizing not only the darkness of the emotions involved but the ways in which the characters are constantly hiding things from one another. The motif of characters hiding behind disguises is common in May’s work, including films she wrote but did not direct like Tootsie (for which she was uncredited but made substantial contributions) and The Birdcage. Here the masks are emotional rather than literal, but Kemper places the characters in varying degrees of darkness and shadow so that their very environment becomes the disguise. Yet he also contrasts the dark images with brutally explicit close-ups in which the characters’ emotions are painfully obvious, at times further reinforcing the complicated friendship between Mikey & Nicky with deep-focus compositions that link the two characters in the frame while simultaneously separating them on different planes of action. This is all best experienced on the big screen, making Bam’s event essential viewing if you’re anywhere near Brooklyn this weekend.

Over in the world of network television, the latest episode of The Blacklist, “Lawrence Dean Devlin,” provides an opportunity to encounter the work of Bethany Rooney, a versatile and dynamic director who I’ve profiled on this site in the past. The episode is packed with tension and incident: over the course of the hour a character is kidnapped, stabbed, evades a bear, then almost drowns — and that’s just one member of the ensemble. The abundance of action is perfectly suited to Rooney’s talents as a master of choreographing complex set pieces; her fluid, lively and precise camerawork consistently ratchets up the tension and delivers massive amounts of information to the audience in the most economical means possible — nothing is gratuitous. A subplot that takes place almost entirely in the confines of a van is particularly remarkable; Rooney finds an astonishing number of visually striking angles in the tight space, yet they’re all totally motivated by the drama and build, shot by shot, to an exhilaratingly suspenseful climax worthy of Hitchcock or De Palma. It’s the third episode of TV that the prolific Rooney has directed in the last two months, following recent installments of NCIS (“Sight Unseen”) and Bull (“Bad Medicine”), a show I’ve celebrated on this site before; like her Blacklist episode, both can be found on demand and via streaming services like iTunes and Amazon. The kind of confident but unassuming action direction at which Rooney specializes has become all but instinct on big screens with the demise of the mid-range genre film, but the proliferation of procedurals on network TV has given her a platform to build a consistently exciting and praiseworthy body of work.