From Audience to Utopia: Considering the Spectator in Pre-Production of the Queer/Trans Film So Pretty 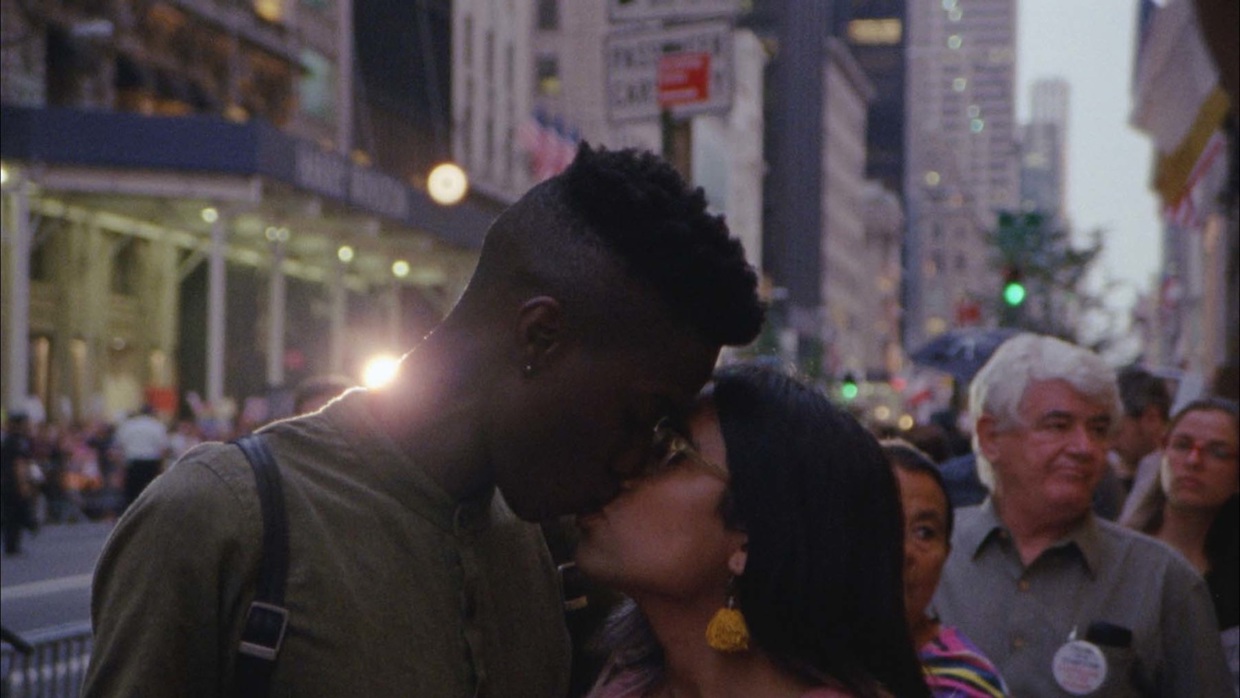 by Jessica Dunn Rovinelli
in Filmmaking
on May 24, 2018

I’m a director with one feature film to my name, and I also work as an editor and colorist. About a year ago, I was doing some editing consultation on an early draft of a documentary. Before I gave the director notes, I asked, “What festivals are you looking to have this play in?” He was taken aback. For him, a film—at least this sort, conceptualized as an art film—should be a pure object of creation, and industry concerns should be taken into account only after post-production is completed. I’ve come to disagree. Considering the potential audience and distribution channels from pre- through post-production is not only essential to getting the film played, it’s an important and invigorating aspect of the artistic process itself.

When I began making my first feature film, Empathy, it was impossible to ignore how shaped it was by my experiences attending various film festivals, particularly the wonderful FID Marseille, where a feature I’d edited, Bx46, had premiered the year before. That festival’s films reshaped my conceptions of the possibilities inherent in what are usually referred to as documentary films, and I was often inspired by the ways films disappointed me as much as they impressed me. For example, I’d find the way a film combined interview sequences with staged sequences striking, but their intercutting too unvaried, and would want to experiment with the more deliberate use of a sudden interview segment. I’d come away astonished by the clarity of a particular way of composing a “documentary” image in front of the camera, but found the political emphasis of that framing not to my liking, and would consider how to rework it for my own films. Then, of course, there were the films that I loved, that introduced me to a new way to conceptualize the relation between a camera and reality, and that the audience around me responded strongly to as well.

Despite the wishes of some theorists and programmers, there is no universal audience or ideal viewer. Making a list of festivals likely to play the film becomes a way to get a shorthand handle on a group of viewers. In gaining an understanding of the audience that existed for a film such as mine, I also gained a sense of the aesthetic understandings and assumptions governing a certain segment of the art film world. These audiences came primed for a film occupying the space between documentary and fiction, but they also had certain assumptions about what marked “fiction” and what marked “documentary”—from camera angles to use of music to cuts within a scene—at least on some instinctual level.

Empathy was a documentary that played like fiction, following a heroin-addicted sex worker as she tried to get insurance and get clean, played out in long languid shots. It was written in collaboration with its star, Em Cominotti, who I am forever indebted to. I set myself a series of strict formal guidelines—3 chapters, 3 cities, 4 camera movements in the entire film, long takes as much as possible, interchanging formats both between chapters and within a scene. The film would play out as though it were a fiction film, relying on the audience initially assuming it was a documentary in order for its ideas about performance to emerge. There were exceptions—scenes that were more fly-on-the-wall required cutting to find the heart of, for example, or even an extra camera move or two. The third act changed dramatically after initial planning, moving from one in which actors played our characters to an extended interview sequence.

When coming up with this set of guidelines, I was able to make guesses about how revealing narrative information at a certain time would encourage audience involvement in the more theoretical games I was playing—that provided clarity in editing decisions. The film in some ways resembles the contemporary “slow film”: a focus on the quotidian, little dialogue, minimal sound design. But by suddenly injecting pop music in an otherwise quiet and almost mundane sexual scene, for example, we reframe expectations, causing the audience to reconsider to the film in light of pornography and romantic or music films, as well as slow film. Later, I hope that the addition of a traditional documentary interview suddenly provides emotional context for the mundane scenes seen earlier, while complicating the question of what “performance” is in the film by showing us a new form of it. If the film’s questions about work, gender and bodies became real and present, it is because audiences were able to reframe and respond emotionally to the film’s simple story through our interventions and play with expectations. When the film was released, I was pleased to see how well it resonated beyond critics on the festival circuit. For myself and Cominotti, the film was about showing sex work as a subset of all contemporary work, about precarity and freelance, about creating a self that is employable and struggling to maintain it. Every time a sex worker praised the film, of course, I was moved.

As I move into pre-production on my second feature, So Pretty, I’ve started to wrestle with the ways in which a film not only responds to and engages with a particular audience but generates one. The film is a highly personal one, the first to explicitly engage with my own identity and history as a transfeminine person. At the same time, the film is an adaptation of a 1980s German gay novel that I am transposing and translating to a cast of feminine people of many genders in 2018, New York City. Such a move inherently involves taking into account the histories of the novel and its author and his gay following in Berlin, as well as the controversy that has erupted in Germany around whether or not transgender people have a “right” to his works, which deal explicitly with femininity but are not explicitly about transgender experiences. Alongside this, there is the question of the audience that is currently being generated, especially in the American filmgoing public, which seeks out films about transgender individuals either for the sake of education or for affirmation and self-visibility. My film will inevitably step into this, and as such it has been crucial for me to conceptualize this audience before I begin shooting—to remind myself that this film is at once a part of these lineages and an intervention in them.  If trans films typically fixate on struggles with gender and for acceptance and with aesthetics of melodrama and emotional and visual abundance, So Pretty turns that “acceptance and struggle” narrative away from individual misery and self-acceptance and towards a struggle against the state, downplaying the emotional stakes of its romance narrative while letting beauty and melodrama express themselves through artistic practices of the film’s actors and the emotional release of a gorgeous image or sound.

I intend to again play with pop signifiers within the context of an “art film” while blurring the lines between documentary and fiction. But given the explicit gender-trouble and queer elements of So Pretty, as well as the fact that it takes seriously the novella’s paraphrased subtitle “a utopian film,” my film must create an image of a queer and transgender community, and an associated leftist politics, as well as creating an image of a kind of “trans film” that focuses not simply on the hardships of being transgender, but the new aesthetic, narrative and imaginative possibilities our lives can open up. The film must become an image of some kind of utopia, for both film and society, even as it is set among the here and now populated by fallible humans who make mistakes. I’m hoping that the film’s integration of a hopeful politics with both visual beauty and the beauty of transgender individuals will create space for an emerging audience (although, per the film’s title, I should say with their prettiness—I’m skeptical of the overbearing historical and ideological weight of beauty and like the idea that being pretty can be a way to sneak through this weight).

If Empathy was working within a set of assumptions about sex work, drug films and “hybrid documentaries,” So Pretty will make use of a set of assumptions about what trans and queer films are supposed to be. I understand the appeal of these expectations, and I want to fulfill them and welcome in an audience with a film programmable at a festival, while directing them to new ends. In so many ways, I want to give viewers the chance to engage with and follow this emerging queer/trans cinema, while also not reducing us to merely that.

Of course, this is accompanied by a Kickstarter, a difficult venture that nevertheless allows me to gauge the interest and expectations of that audience, or at least part of it. It would mean the world as well if readers would consider donating. But I hope too that budding filmmakers will remember that there’s nothing callous about considering your audience, your festivals and your distribution strategies when creating a film. One can take these considerations as a creative endeavor in their own right. Films exist in the world, and honoring that fact can be liberating.