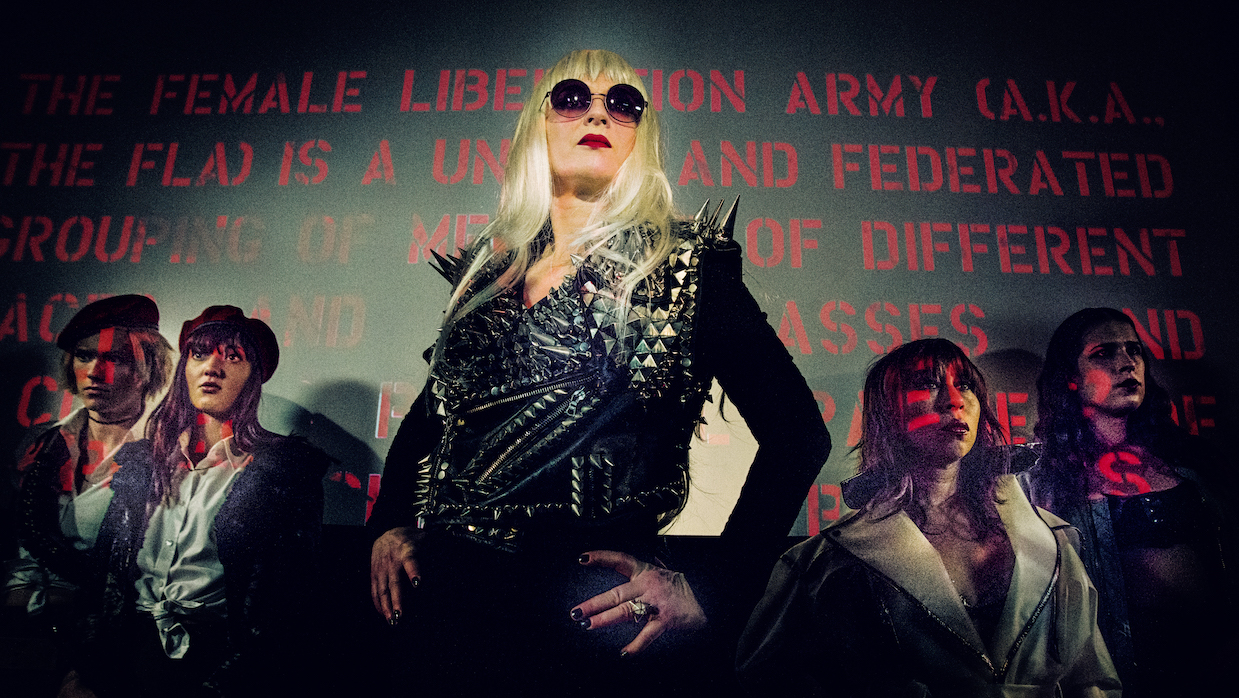 When an injured male leftist on the run discovers the remote stronghold of the Female Liberation Army — a radical feminist terrorist group whose mission is to usher in a female world order — one of the members takes pity on him and hides him in the basement. However, the man in the basement is just one of many secrets threatening to disrupt the FLA’s mission from within.

Distributor Cartilage Films is offering Filmmaker readers in New York City (where the film opens tomorrow at the Village East) and Los Angeles (where the film opens next week at the Landmark Nuart) the chance to win tickets; click here to enter. The full list of playdates can be found here.