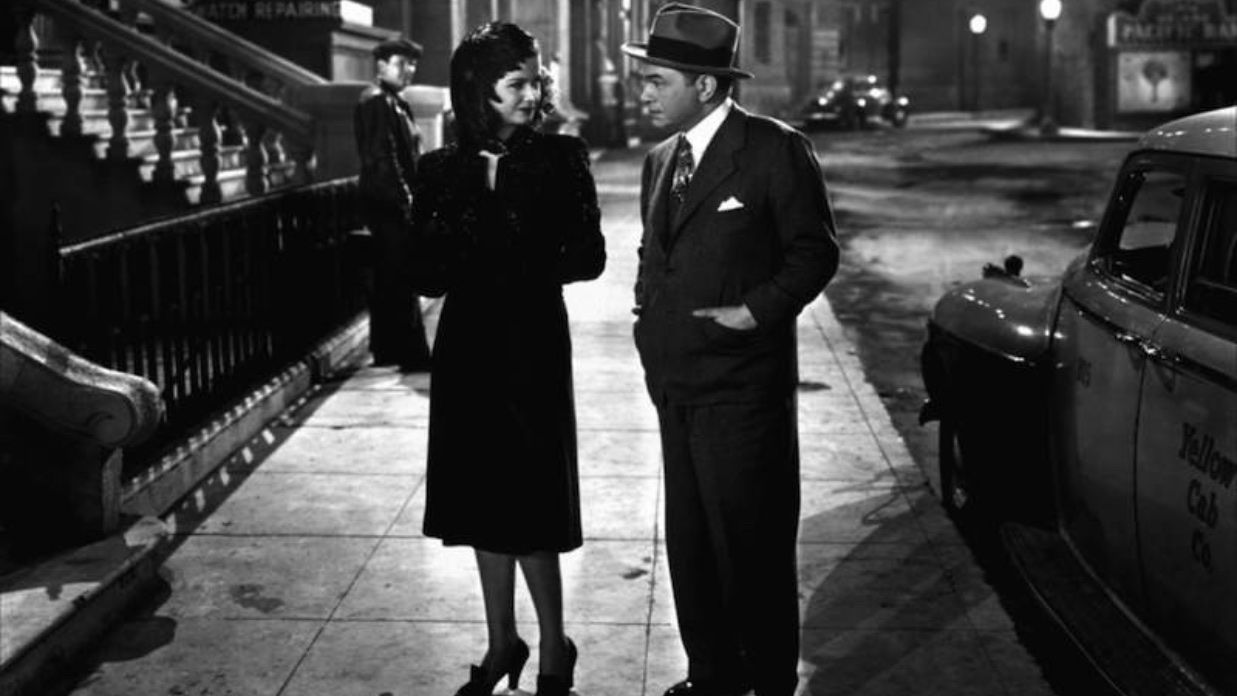 The Woman in the Window

Steven Soderbergh’s Unsane, which was released theatrically earlier this year and is now available on Blu-ray and multiple streaming platforms, is yet another of the director’s fascinating experiments with narrative structure and genre, and another instance of Soderbergh responding to cultural shifts with astonishing speed. In this case, as opposed to the 2003 HBO series K Street or Soderbergh’s 2009 film The Girlfriend Experience, some of the relevance seems to be a bit accidental, as Unsane was in the works long before the downfall of Harvey Weinstein and the rise of the #MeToo movement. Yet there’s no denying that screenwriters Jonathan Bernstein and James Greer’s tale of a young woman terrorized by both a stalker and a systemic refusal to believe her claims speaks to the current moment, with a sense of immediacy made all the more potent by Soderbergh’s decision to shoot the entire film with an iPhone. The movie plays like an up-to-the-minute reworking of 1940s suspense movies like Gaslight and Suspicion, with Claire Foy as Sawyer Valentini, a young woman who inadvertently commits herself to a mental institution and then finds herself trapped in the facility with her former stalker. The more vehement Sawyer is about her own sanity and her belief that she’s in danger the crazier she sounds, and Soderbergh plays with both the genre and the audience’s own sense of security by implying that Sawyer has been emotionally and mentally destabilized by her past experience with the stalker. Throughout the film he pulls the audience in and pushes them away only to pull them back in again, constantly manipulating our sense of identification through a structure that withholds some pieces of information just a bit too long and camerawork that moves flawlessly between intense subjectivity and ironic distance. Soderbergh and his screenwriters also weight the movie heavily in favor of an area most other filmmakers would use simply as background or subtext, which is the corporate imperative of the institution to keep Sawyer imprisoned — as in Erin Brockovich, Traffic, Bubble, and so many other films, Soderbergh really digs deep into the ways that personal destinies can be influenced, created by, or exacerbated by economic forces guided by men and women with little understanding of or concern for the suffering they inflict. This gives Unsane an even broader and more profound relevance than Soderbergh and his collaborators might have intended, but even without all of this it’s simply a terrific thriller — a mortifying horror film about what it’s like to be the target of obsession.

Another great film about the trauma of being hunted and the destructive side of male desire, Fritz Lang’s 1944 film noir The Woman in the Window, is also new to Blu-ray this week. Here, however, the man’s desire endangers himself rather than the object of his fixation: Edward G. Robinson plays a meek family man who goes home with alluring model Joan Bennett while his wife and kids are out of town, only to find himself in danger of arrest when he kills another lover of Bennett’s and struggles to cover it up. There’s not a lot of plot in the film, which allows Lang to burrow into every detail and draw every moment of suspense out to almost excruciating lengths; scenes such as a silent set piece in which Robinson and Bennett try to move a dead body out of her apartment are masterful in their manipulation of the audience’s anxiety. Although Lang and Soderbergh share similarities in their preoccupations with gradations of guilt and responsibility and imbalances of power, their effects are quite different; in the place of Soderbergh’s distancing techniques, Lang offers an approach that puts the audience firmly in the shoes of his protagonist — this is the guy, after all, who was capable of making the viewer feel sorry for a child killer in M. In The Woman in the Window, Lang’s relentlessly probing camera, combined with Robinson’s achingly haunted performance, makes every misstep and every close call distressingly intimate. Yet for all the movie’s attention to Robinson’s point of view, it’s also noteworthy for the treatment of the Bennett character; Lang and screenwriter Nunnally Johnson (who reportedly didn’t care much for what Lang did to his script) avoid femme fatale cliches in favor of a genuinely complex and empathetic approach. Bennett is as haunted and hollowed out by what happens as Robinson, and if anything a richer character; like Sawyer in Unsane, men have made her untrusting and possibly untrustworthy herself, and Lang charts this ambiguity with an elegant use of various reflective surfaces in the frame and elicits one of the best performances of Bennett’s career. I’ve never understood Lang’s reputation as a director who keeps his characters at a chilly remove; perhaps people conflate his treatment of actors and crew, which was by all accounts cold at best and abusive at worst, with what ended up on the screen. I think very few directors were as good at making an audience share the anguish of characters under pressure, even when that pressure is wholly self-inflicted and patently criminal. The Woman in the Window is one of the clearest and most powerful examples of this, even if the impact is mildly diluted by one major change from the movie’s source material, a novel by J.H. Wallis. The new Kino Lorber Blu-ray features a pristine transfer, along with an indispensable commentary track by film historian Imogen Sara Smith in which Smith breaks down Lang’s themes and provides fascinating biographical information on all involved.

For a more modern variant on the film noir style, one need look no further than Salim Akil’s richly atmospheric and ambitious television series Black Lightning, the first season of which is newly available on Blu-ray. Adapted from a DC comic book, Black Lightning is one of the most remarkable entries in its genre that I’ve ever seen, a sophisticated meditation on race, class, and power delivered in the form of a kinetic urban action film with supernatural elements. Akil, who created the series with his wife Mara Brock Akil and directed the first and last episodes of the season, uses the premise of a black vigilante able to harness electricity as a jumping off point for a poignant, provocative exploration of what it means to be black and have power in America — how does one use it, what are its dangers, and what are its limitations? As the season progresses and it becomes apparent that hero Jefferson Pierce’s daughters also have superpowers, the sense of ethical and political inquiry expands, with Akil and his writers examining questions of female empowerment and how that both parallels and is different from the relationship black men have to power (and its absence). This all ties in with another facet of the show, which is its surprising effectiveness as a multifaceted portrait of a family; the relationships between Jefferson and his daughters and wife would be fascinating and illuminating even if the superhero concept and social commentary were completely removed from the series. Yet ultimately what makes Black Lightning essential viewing is the graceful balance in which the filmmakers keep all of these complementary moving parts; the action never overwhelms the humanity or vice versa, and the point of view on the cultural issues the show explores is always seamlessly integrated into the narrative rather than imposed on it by a political agenda. The conceptual audacity is matched by a visual dynamism that’s particularly impressive on Blu-ray; cinematographers Eduardo Mayen and Scott Peck combine an elegant interplay between light and dark with the most vibrant, vivid colors I’ve ever seen on television to yield a show as pleasing to the eye as it is stimulating to the mind and stirring to the heart. The Blu-ray includes all 13 episodes of the series to date, along with deleted scenes and a collection of making-of featurettes that provide useful insight into a groundbreaking program.

Jim Hemphill is the writer and director of the award-winning film The Trouble with the Truth, which is currently available on DVD and Amazon Prime. His website is www.jimhemphillfilms.com