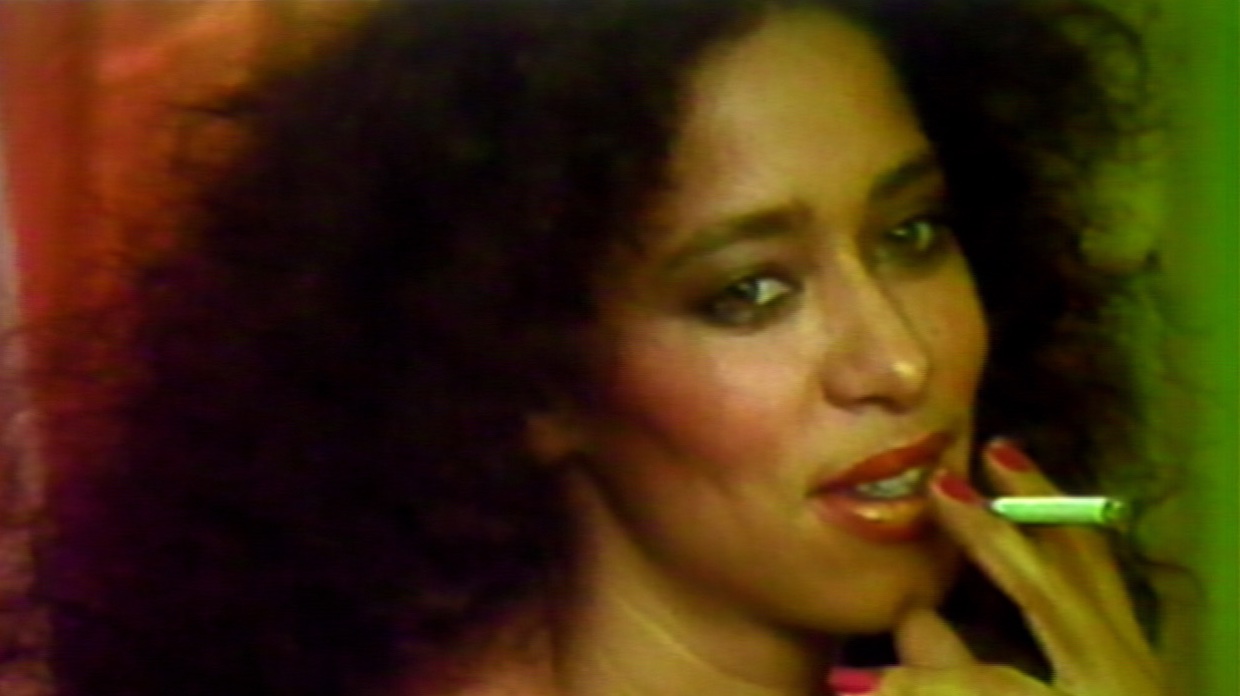 One of the most formally and politically groundbreaking movies of the early 1970s, Melvin Van Peebles’ 1971 trailblazer Sweet Sweetback’s Baadasssss Song, is now available on Blu-ray from specialty label Vinegar Syndrome, a company doing more to preserve the heritage of America’s outlaw independent films than any other. Sweetback is one of the more historically significant titles in the company’s catalogue, a picture so influential that its innovations are probably less readily apparent to contemporary audiences than they should be — though the propulsive energy and stylistic audacity that drive the movie still set it apart from its many imitators. The movie comes by its rebellious spirit honestly; Van Peebles didn’t make it out of desperation or a lack of access to the Hollywood studio system, but as a conscious reaction against that system. He was, in fact, one of the few black filmmakers at the time being actively courted by the studios, after his 1970 comedy Watermelon Man became a hit. That film’s distributor, Columbia Pictures, offered Van Peebles a three-picture deal, but he turned it down and scraped together the money to produce Sweetback, a guerrilla indie about a guerrilla hero, a black man (played by Van Peebles himself) on the run after justifiably beating up two corrupt and abusive policemen. There’s not much more to the film than that in terms of plot, but like Godard’s Breathless, Sweetback uses a conventional fugitive story as a catalyst for something truly revolutionary: in this case, not only a movie in which a black man is able to take on a violent and racist system and survive, but one filled with bravura stylistic flourishes matching the hero’s bold activism. Using unorthodox editing patterns and an abundance of sophisticated optical effects, Van Peebles jams his frames with information and then whips through those frames with dizzying speed; the result is a tapestry of images perfectly suited for his mission of presenting not only a new kind of black hero but a portrait of the black community as a whole. A commercial and critical success at the time of its release, Sweetback paved the way for not only the blaxploitation films that would immediately follow but for maverick independent directors like Bill Gunn and Jamaa Fanaka — both of whom I’ll get to in a moment — and ’90s auteurs like John Singleton and the Hughes Brothers, who would figure out how to assimilate Van Peebles’ confrontational approach into the mainstream studio system from which he had fled. Influence aside, Sweet Sweetback’s Baadasssss Song remains potent all on its own, and Vinegar Syndrome’s Blu-ray is a terrific way to revisit or discover it — it contains not only an excellent new transfer scanned from the original negative, but an abundance of informative supplementary materials, including several highly entertaining interviews with Van Peebles.

Concurrently with Van Peebles’ rise as a major American filmmaker, a group of black film students at UCLA that included Charles Burnett, Larry Clark, Julie Dash and Billy Woodbury began the movement that would eventually be known as the L.A. Rebellion. Taking advantage of the accessibility of equipment, grants, and free labor in the form of their fellow students that existed at UCLA, many of these filmmakers stayed in film school far longer than was actually necessary to get a degree so that they could make their films outside of the system. One of the best of these young directors — and the one who was the most strategic about using his time at UCLA to launch his career — was Jamaa Fanaka, who directed three theatrically distributed feature films before he even graduated. The third of these, Penitenitiary (1979) was an independent phenomenon, grossing somewhere in the neighborhood of $10 million on its initial release – it, along with follow-up Penitentiary II (1982), is now available on Blu-ray from Vinegar Syndrome and is highly recommended. Yet Fanaka was a born filmmaker right out of the gate, as proven by another Vinegar Syndrome release, the double feature Blu-ray edition of Welcome Home Brother Charles and Emma Mae. Released back to back in 1975 and 1976, Fanaka’s first two films are masterful blends of serious artistic intent and lurid exploitation showmanship — he uses the superficial trappings of the blaxploitation movies that were filling theatres at the time to deliver multifaceted cultural commentary and structurally innovative storytelling to his underserved audience. Welcome Home Brother Charles is the wilder of the two films, a revenge thriller that veers back and forth between drama and parody in its tale of a black ex-con finding a very unusual means of getting even with his oppressors; Emma Mae, a tale of a Southern transplant to Los Angeles. whose political awakening includes a foray into bank robbery, plays it straighter and achieves an impressive verisimilitude in its use of a largely nonprofessional cast. Both films are both representative of and commenting upon the various trends in black cinema at the time, and further develop the motifs and preoccupations established by Van Peebles. All four of the Fanaka films available from Vinegar Syndrome are generously appointed with excellent supplementary materials and, taken together, comprise a crash course in a director who deserves to be better known.

Another key figure in the post-Sweetback era of black independent film, Bill Gunn (best known for Ganja and Hess), is represented on Blu-ray this week by Kino Lorber’s new release of his pioneering 1980-81 work Personal Problems. A two-part 164-minute miniseries shot on video, Personal Problems began life as an episodic radio drama created by writers Ishmael Reed, Steve Cannon, and Joe Johnson, who wanted to create the first soap opera written and performed by black artists. The episodes they recorded slowly developed a following and ultimately served as the basis for a television pilot directed by Gunn; that pilot in turn led to funding from the National Endowment for the Arts and other sources, resulting in the film we have today. A nearly unclassifiable hybrid of melodrama, social realism, and narrative deconstruction punctuated by impressionistic video effects, Personal Problems is a riveting study of marriage family dysfunction, acted to perfection by Vertamae Grosvenor, Jim Wright, Walter Cotton, and Sam Waymon. Although following certain parameters of the soap opera’s storytelling conventions and visual style, Personal Problems becomes something else thanks to Gunn’s highly collaborative relationships with these actors, who were encouraged to improvise and create their own backstories. The result is a work of powerful immediacy that seems all the more direct and profound today, when the low-fi video technology Gunn and his collaborators used is more or less extinct. A time capsule from the moment it was released, Personal Problems has suffered from technical problems ever since its sporadic initial showings, making Kino’s exceptional HD restoration essential viewing and a cause for celebration. The Blu-ray contains Gunn’s original pilot, the original six-part radio drama, and numerous other supplements placing this important project in historical and aesthetic context.