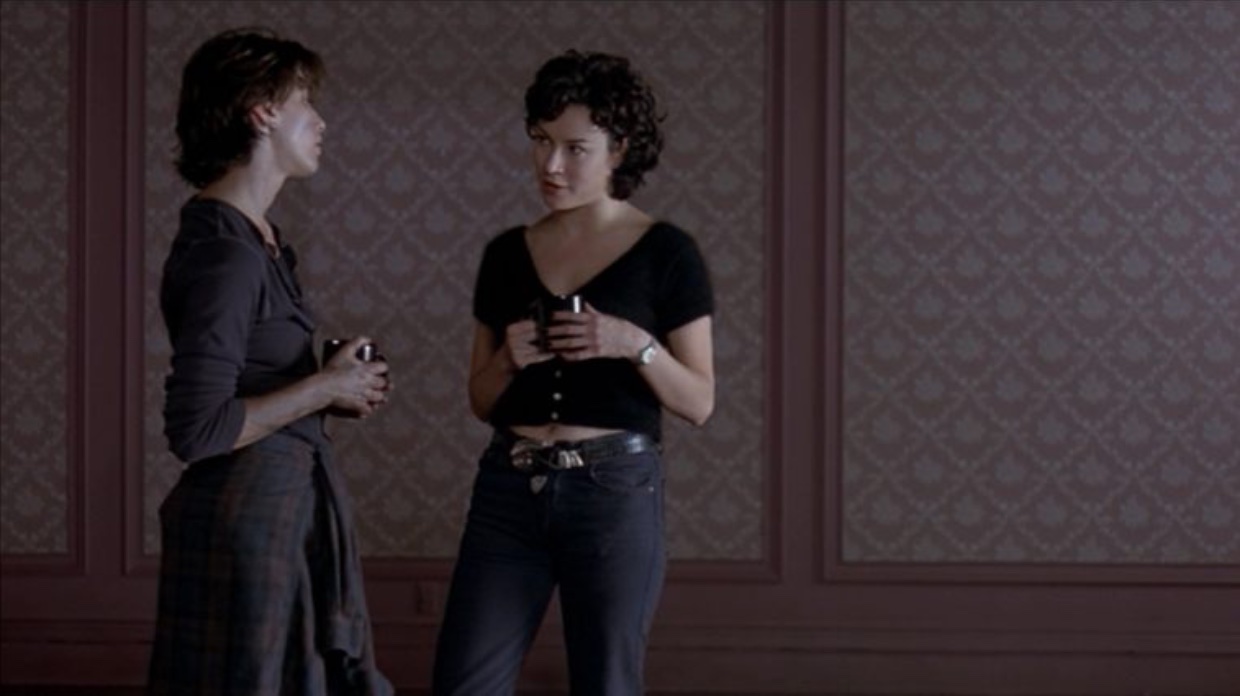 One year before the release of Parting Glances and four before Longtime Companion, Arthur Bressan Jr. wrote, produced, directed and edited Buddies (1985), one of the first narrative feature films to put AIDS front and center as a subject. It might be the first, but the television movie An Early Frost aired at around the same time, and in any case, I’ve learned not to make claims for anything being the absolute first when it comes to film history since there are inevitably obscurities that elude even a guy like me who spends every waking hour watching and thinking about film. Indeed, Buddies itself is a bit obscure to anyone not fairly well educated in the history of queer cinema; it received only a brief theatrical release and has never been properly available on home video until now. Essentially a two-hander about an activist dying of AIDS and the volunteer he befriends during his final months in the hospital, it’s modest in scale but generous in its effects, as Bressan carefully constructs one of the most moving friendships I’ve ever seen put on film and elicits a wide variety of responses from the viewer. The movie is touching, angry, funny, depressing, and beautiful, and deftly weaves its political fury into the emotional lives of its characters, both of whom are conceived and performed (by David Schachter and Geoff Edholm) with remarkable depth and clarity. Bressan, whose career ranged from documentaries to pornography to art house dramas, was a great filmmaker who ought to be better known, and hopefully the new Blu-ray of Buddies will be a step toward a wider appreciation of his work. Restored from the original 16mm negative by Vinegar Syndrome, the disc boasts a flawless transfer as well as numerous supplements, including an informative and moving interview with Schachter, who reflects upon the film’s making and his friendships with Bressan and Edholm, both of whom succumbed to AIDS a few years after the film’s release.

A more conventionally entertaining but equally important landmark, the Wachowskis’ Bound, is also newly available as a special edition Blu-ray from Olive Films. Released in 1996, Bound was the first movie to place a lesbian relationship at the center of a crowd-pleasing mainstream genre film; the Wachowskis brilliantly shake up and reinvigorate the conventions of film noir with their witty, bloody tale of a pair of lovers (Gina Gershon and Jennifer Tilly) who come up with a plot to steal money from the mob. When Bound came out it was one in a seemingly endless series of indie crime flicks that got financed and released thanks to the success of Pulp Fiction, but it was one of the few that felt like something more than an imitation or pastiche; the expertly developed relationship between Gershon and Tully’s characters was genuinely moving, sexy, and funny, and breathed new life and urgency into what had become genre clichés. The scary moments are truly terrifying, the plot twists plausible and surprising, and the fast and sly dialogue feels organic and expressive rather than just the work of self-conscious young filmmakers showing off. Which isn’t to say that the Wachowskis aren’t showing off at least a little with their explicit (for an R-rated movie) sex scenes, bold compositions and camera moves, dynamic cutting, and overall cinematic exuberance; it’s just that they earn every bit of the attention to which their film aspires (and which it would get from producer Joel Silver, resulting in the filmmakers’ ability to take a quantum leap forward in resources and ambition with their follow-up film, The Matrix). The movie plays even better today than it did 22 years ago, and starts more intriguing conversations; as Guinevere Turner notes in a superb essay included in the disc’s liner notes, the fact that the Wachowskis were (as far as we knew) straight married men in 1996 and have since transitioned raises fascinating questions about gender, identity, and who gets to represent who. Olive’s new Blu-ray is packed with special features that include insights from virtually every key participant behind and in front of the camera as well as critics weighing in on the movie’s impact.

This week also sees the Blu-ray release of one of the best films of the decade so far, Paul Schrader’s First Reformed. A compendium of Schrader’s obsessions since his days as a critic in the early 1970s that takes his preoccupations in entirely new and fruitful directions, First Reformed is one of the most rare things one can find in cinema: a virtually perfect film. Combining a veteran’s confident sense of craft and an old man’s wisdom with the ferocity and commitment that marked the films of Schrader and his peers when they were getting started over forty years ago, it’s a movie packed to the brim with profound philosophical ideas and riveting dramatic incident that moves calmly and gracefully with smooth, clear, streamlined precision. Schrader is going for the brass ring here, making a film clearly indebted to all-time masters of cinema like Ingmar Bergman and Robert Bresson, and after multiple viewings I have to say that I think he’s fully entitled to the comparison and the right to be considered in their company; First Reformed is no less complex in its ideas nor concise in its visual expression than the best of those directors, and it does something they didn’t, at least not at this level: it operates as an act of both filmmaking and film criticism, making the film-educated viewer conscious of all the references to other films (including Schrader’s own) and responding to those works without sacrificing one bit of its emotional force as an organic piece of drama. Schrader has said many times that he feels filmmaking and film criticism are diametrically opposed forms, that one is an act of birth and the other an act of autopsy. With First Reformed he reconciles the opposition, and the result is a late career masterwork, a film that’s both timeless in its themes and utterly of the moment in its details, and the kind of movie that would be a perfect final film if I didn’t so desperately want to see what else Paul Schrader might still have up his sleeve. The Blu-ray contains a fantastic commentary track by the always articulate writer-director as well as a terrific making-of featurette that, like First Reformed itself, packs a wealth of information into a compact running time.