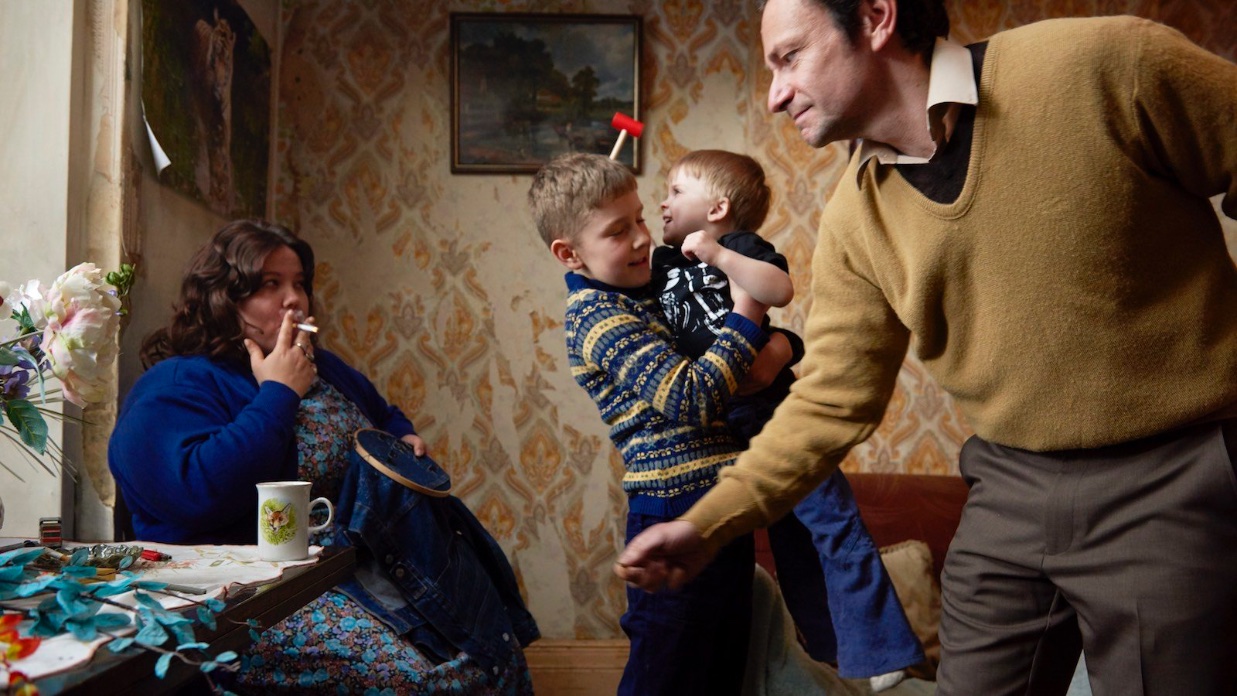 The New York Film Festival opens tonight with Yorgos Lanthimos’s The Favourite and, over its three weeks, presents its usual assuredly-curated selection of highlights from the current festival season as well as number of strong filmmaker conversations, new media pieces and experimental films. Sidestepping most of obvious titles, here are twelve picks to dig-out from the current lineup.

Ray & Liz. Richard Billingham’s directorial debut Ray & Liz expands on photographs he took of his alcoholic parents. Movies about alcoholics aren’t hard to come by; shot in elegant academy-ratio 16mm, Billingham’s contribution is notable for possibly being the quietest, least shout-y film on the topic ever made. With a dash of Terence Davies around the edges, this is grimly compelling work. — Vadim Rizov

Border. Premiering at Cannes and then generating enormous Stateside buzz this month at Fantastic Fest, Ali Abbas’s creature-focused Border works from a script based on a novel by Let the Right One In author John Ajvide Lindqvist that’s said to mix YA stylings with body horror. Every tweet I’ve read about this film advises incoming viewers not to read too much, so I’ll stop here. — Scott Macaulay

Asako I & II. After a decade of work, Ryûsuke Hamaguchi’s unlikely breakout moment was the five-hour-plus Happy Hour. His more easily digestible follow-up Asako I & II is a knockout, tracking a woman whose teenage love disappears. A few years later, she meets and falls for his doppelgänger without letting him know about the resemblance. Love, lies and self-deception are devastatingly all on the table. — VR

The Image Book. You hardly need us to recommend you see what could be Jean-Luc Godard’s last film, but I’ll use this recommendation slot to link back to Blake Nelson’s coverage out of Cannes, which makes me even more enthusiastic to see it. — SM

Detour. Edward G. Ulmer’s 1945 threadbare noir was a kind of ur-text of the ’80s independent film scene, a masterclass in how budget limitations could create a kind of intoxicating, near-Brechtian pulp. The wobbly images I remember from the VHS copy I rented from the old New Video on University Place are indelibly part of my viewing experience, so I’m tremendously curious about the effect of this new restoration created from “superior elements.” — SM

Private Life. Tamara Jenkins’s third feature, following Slums of Beverly Hills and The Savages, is her best yet, and one of my favorite films of the year. Ostensibly about a middle-aged artist couple (Kathryn Hahn and Paul Giamatti) struggling to have a baby through in-vitro fertilization, the film is beautifully observed, disarmingly funny and shot through with a spiky wisdom about all manner of relationship dynamics and urban living. Plus, it’s got one of the year’s breakthrough performances in Kayli Carter, the college-age niece who tries to enable the couple’s dreams of parenthood. — SM

Ash is Purest White. Jia Zhangke’s strongest feature since 2006’s Still Life, Ash is Purest White is another epic drama that sprawls through Chinese history. If the last third flags a little, the first two acts do something entirely new for Jia: they’re genuinely crowd-pleasing and fun, finding a new angle for Jia’s perennial concerns, including yet another revisitation of the Three Gorges Dam’s construction and attendant devastation. — VR

An Afternoon with Barry Jenkins. With his If Beale Street Could Talk already tipped by me out of Toronto, I’ll cite here Barry Jenkins’s October 8 talk at Alice Tully Hall. I know first-hand how inspiring a speaker Jenkins is, and I’m excited to hear him talk about Baldwin and the production of his largest film yet. — SM

Happy as Lazzarro. Alice Rohrwacher’s first two features, Corpo Celeste and The Wonders, had normal-seeming plots but turned out to be secretly rather strange. In Happy as Lazzarro — which begins as a normal narrative about a group of Italian sharecroppers being exploited by a ruthless tobacco executive — Rohrwacher plays it relatively straight for half the running time before everything goes nuts. You’ll have no idea what could possibly happen next. — VR

11 x 14. If you’ve never seen James Benning’s work, an excellent place to start is his 1977 feature 11 x 14, which shows off his outstanding eye in a fractured portrait of Chicago and nearby locations. It’s tough to summarize but terrific to watch, and Lincoln Center is showing it on 35mm no less. — VR

Gropius Memory Palace. The emerging web genre of ASMR films is brought into the world of experimental film, from where it arguably hailed, with this architecture doc by Ben Thorp Brown. According to the program copy, it employs “droning ambience” and “the soothing sounds of a hypnotherapist’s voice” in service of its depiction of Walter Gropius’s shoe warehouse. — SM
…