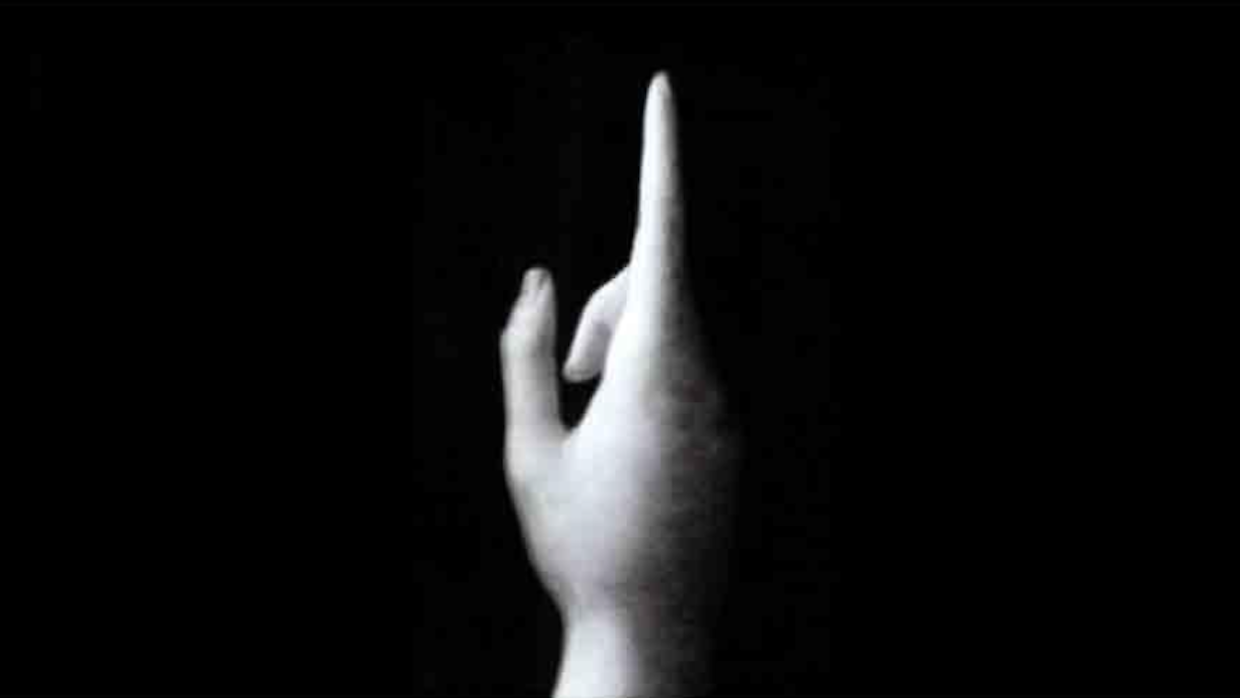 Last week I had coffee with American filmmaker/projectionist/translator Ted Fendt, and he said something that has, as I’d expected, stayed with me during my time watching and thinking about movies in Cannes. He suggested—or at least wondered aloud—that the lack of great writing on Jean-Luc Godard’s late period might be attributable to the fact that it is so difficult for critics to match the radicality of the films themselves. I was immediately inclined to push back against the idea, just as I was intrigued by it, and proceeded to wonder if a thorough exegesis of a Godard film might be the most useful, or even the most radical means of approaching his work. After all, Fendt’s own heroic and impressively comprehensive works cited page for most (all?) of the citations in Goodbye to Language (2014) is as valuable and generative a piece of writing on Godard’s 3D masterpiece as any piece of criticism I’ve encountered.

How, then, to approach Jean-Luc Godard’s latest and possibly last feature-length work, The Image Book, which is as radical and rigorous as Goodbye to Language (or any other film to have ever screened in Cannes), and which disclosed a great deal of its reference points in its trailer? Taking the film to task here, less than 20 hours after I was introduced to it, I’m tempted to steer clear of either impulse (for now), and to embrace the film as a work of poetry. As one of David Bordwell’s friends opined, Godard is, arguably, “a poet who thinks he’s a philosopher.” I see no problem with acknowledging that he’s invaluable as both, but sympathize with those who prefer to respond to the more impressionistic qualities of his late Late period (especially his HD collaborations with Fabrice Aragno). These are films that ignite every interpretative impulse in our brains without satisfying our desires to be passive, unproductive viewers; they do not give clarity or any obvious avenues through the deluge of information, even if they make us feel as though, were we smarter, more knowledgable, bilingual cinephiles, we would be able to do just that. It’s in this way that Godard’s films also invite us to improve ourselves, something I think very few other artists achieve.

“Orpheus has returned from the underworld” — Scott Walker

The Image Book is, in a vein similar to his Histoire(s) du cinéma opus, a densely layered work of montage that’s constructed almost entirely from voiceover snatches and archival audiovisual materials (newsreel footage, viral clips, films from through cinema history). Footage—diced and spliced into almighty blips and phrases—veritably bleeds to death on screen, their colors spilling out, raw and radiant, on their way to/from some afterlife or other. Before our eyes, vistas distort, datamosh, twitch—between aspect ratios, between contrast levels—called forth from an ostensibly infinite database of media history. Faceless voices—crooned by singers, uttered by cinema’s lost icons, whispered by Godard’s cigar-singed throat—are often mixed to sound as though they’re positioned behind us, our backs to the speaker. Essentially, we are thrust into what is designed to feel like chaos, and the act of watching The Image Book feels like a process of categorization, of putting words and images into cognitive compartments so that the sensual can translate into sense.

Five categories (“fingers”) are presented: (1) Remakes/RIM(AK)ES, (2) St. Petersburg’s Evenings, (3) “Those flowers between rails, a confused wind of travels,” (4) Spirit and Law, and (5) La Région centrale. We have to think not with our heads, Godard suggested during his film’s press conference this morning, but with our hands. “You can’t eat without your hands; you cannot love without them.” Hands can only function to their fullest abilities when the five fingers are not only all present, but when they’re working together. To think with one’s hands is to acknowledge the facticity of how we exist and operate in the world; it’s to acknowledge that our bodies are crucial components of how we think and survive. Goodbye to Language called our bodies into question by spontaneously re-mapping the positioning of our eyes in our heads; The Image Book raises its index finger, asking if we might ever be able to speak in digits—5s, 2s, 1s. Each of the film’s five sections presents us with a cluster of images, suggesting certain semblances and thematic commonalities among the groupings, and the most easily graspable collection is the third one: an extended chapter almost exclusively comprised of a century’s worth of train clips. Notions of industry, movement, cinema’s history and materiality are called forth here, with appearances from Buster Keaton (The General), Straub/Huillet (Sicilia!), and of course the Lumières rounding out a predominantly Western canon of images—one that gets sporadically interrupted by images of so-called Arab conflicts, traumas, and terror groups—most notably ISIS.

How does one speak of an experience? An image? How does one re-utter a fundamentally a-literal entity into words? To describe a day, a voice tells us near The Image Book‘s mid-point, would take an eternity. “Can the Arabs speak?” After training us to process thoughts and information in a particular way—to seek out similarities and categories, to create logic and meaning through reduction, eliminating what we might deem unnecessary—Godard turns our attention to the Arab world. He presents a new category, a tour through the representational history—as westerners know it—of the Middle East (the “central region,” or, alternatively, the middle finger of the hand). “Representation almost always involves violence, a violence toward the subject of the representation.” In voiceover, Godard expresses his trouble with the gap between the violence required to create an image of the world and the calmness of the representation itself. In practice, he shows us the inverse: the distance between the Arab world—a concept, he reminds us, that blankets a great variety of nations, cultures, and attitudes—and the violence that that concept engenders in the Westerner.

In this final third of the film, Godard builds a sort of tomb to the Arab canon of images, an alternative presentation that breaks away from common Western histories and narratives—away from readymade associations to our Bays and Renoirs. He delivers this assemblage under a sonic parade of ruminations about the corruption of our present world leaders, the evolution of man’s desire for power, and the possibility of authenticity in an historical investigation. Pledging allegiance, once more, to Bertolt Brecht’s ideas around documents, Godard proposes that complete authenticity resides in fragments—the isolation of a thing from its greater, predetermined design—which then becomes free to be uncertain, to be subject to conflicting inputs and commentaries. It aligns well with his montage methodology, of course, but then sits hazily, perhaps, beside the possibility of unity and cooperation alluded to in the film’s fingers/hand motif. That the film begins and (almost) ends with the image of a fist with only its index finger raised says perhaps all that needs to be said about that.