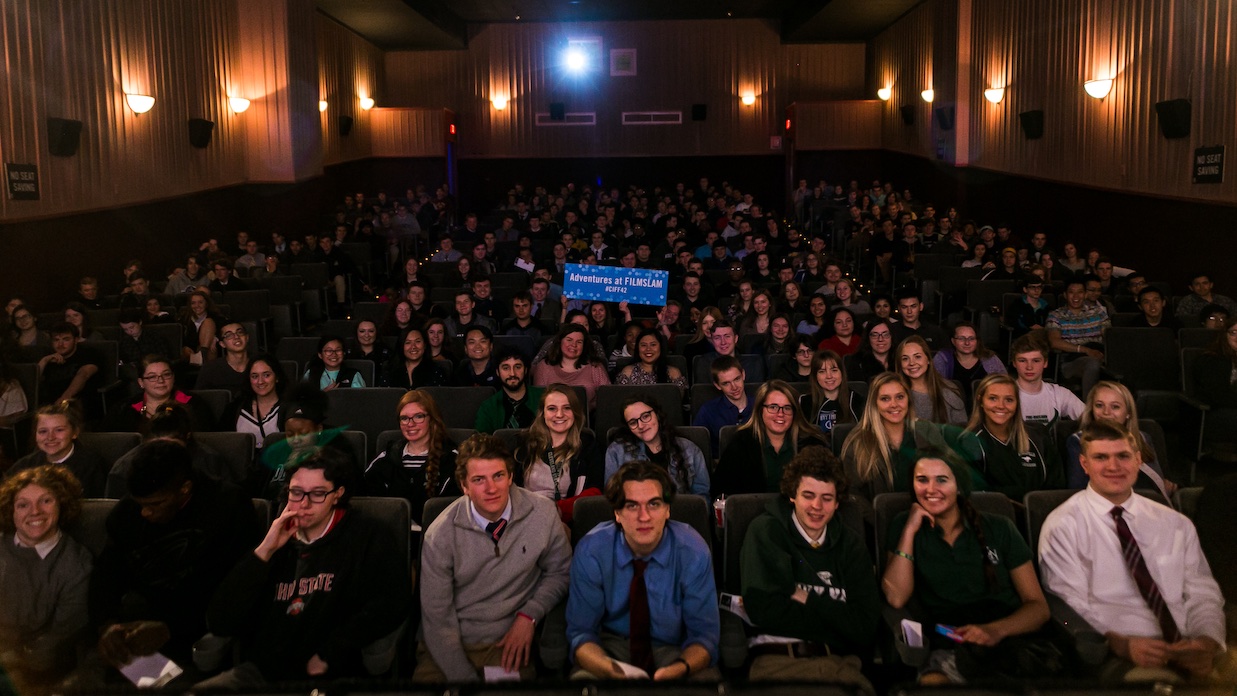 When the Los Angeles Film Festival shuttered after 18 years, the independent film community mourned. There were “R.I.P. LAFF” posts on Facebook, lots of sad emojis and expressions of shock (“absolutely floored,” said one filmmaker). But the closure of LAFF, along with the recent consolidation of the American Film Institute’s two festivals, AFI Fest and AFI Docs, suggests broader challenges for film festivals across the United States, from potential shifts in corporate and individual giving to the incapacity for sustained growth.

The good news is that film festival attendance appears to be thriving. “We’ve grown every year, in attendance and overall revenue,” says Ryan Watt, executive director of IndieMemphis. Other festivals, from Dallas to Denver, San Francisco to Sarasota, Florida, have all celebrated increased attendance in 2018, which should offer some comfort to cinephiles worried about the impact of Netflix on consumers’ film-going habits. Even the Los Angeles Film Festival’s ticket sales numbers were up more than 15% in the year of its closure.

“I don’t see film festivals disappearing, at all,” says Meira Blaustein, cofounder and executive director of the Woodstock Film Festival. “Film festivals are still important for the community they serve and for the filmmakers. Once you enter this universe that’s temporarily created, the kinds of experiences, connections and opportunities are unparalleled.”

Despite the enthusiasm for the film festival experience, the financial considerations of running such events continues to be challenging. Running on a skeleton crew with few full-time staffers — often with low salaries — and dependent on interns and volunteers, a film festival is like The Wizard of Oz, says fest veteran Richard Herskowitz, who is now artistic and executive director of the Ashland International Film Festival: “There’re relatively few people behind the curtain, but they’re pulling off a major spectacle.”

Andrew Rodgers, executive director of the Denver Film Society, which puts on the Denver Film Festival, notes that while government funding continues to be scarce, “corporate sponsorships have become even more difficult.” He says. “I think that’s the most challenging for film festivals now. We can still get sponsorships — but it’s a much smaller piece of the pie than it used to be.”

Denver, for one, used to be the “Starz Denver Film Festival,” after former Starz CEO John Sie pledged a $5 million grant to the Denver Film Society in 2001. But in 2015, Starz backed off its title sponsorship. “Because of that, we now have a much deeper roster of other sponsors,” says Rodgers. “Film organizations have to up our game and look at how other types of nonprofits cultivate donors, and not rely so heavily on giving models that seem to be slipping away.”

The Los Angeles Film Festival, as well, hasn’t had a “Premiere” sponsor for the past two years, after having had major national sponsors in 2016 (Peroni Nastro Azzurro) and 2015 (BMW North America).

Rodgers and other executive directors point to a shift in corporate giving toward specific programmatic elements or social goals, such as helping the homeless and veterans or fighting poverty.

Johnathan Brownlee, executive director of the Dallas International Film Festival, one of the lucky few fests to see their corporate sponsorship increase, thanks in part to Dallas’s role as a corporate center. Next year, Dallas will become the Dallas International Film Festival, powered by Capital One (which has an operations center in nearby Irving, Texas). Corporations, says Brownlee, “want to be part of these community events, but you really need to understand what they’re trying to get from the community.” The Dallas Film Society, for instance, launched the Veterans Institute for Film & Media, an easily fundable program that resonates with corporate giving mandates.

“There may be some fluctuations in terms of foundation support,” agrees Cleveland International Film Festival executive director Marcie Goodman. “If a foundation decides to focus on early childhood education, there’s nothing we can do.”

At Cleveland International, which has operated steadily for the past few years on a $3+ million annual budget, the festival isn’t shy about its need for community support, says Goodman. They conduct an annual fundraising campaign during the entirety of the festival, announcing their plea for support at every screening, and exhibiting a telethon-like donation thermometer in their venue.

“People understand that we’re a nonprofit arts organization, and we rely completely on the kindness of others,” says Goodman. “We really let them know we can’t pull this off without their support.” For the past two years, they’ve met or exceeded their goal of raising an additional $150,000.

Like many film festivals, Cleveland’s primary sponsors are local. Their largest single donor is public funder Cuyahoga Arts and Culture, which posted a $151,303 donation raised via a local tax on cigarettes. Many film festivals have local banks as their major backers.

But smaller film festivals looking to grow beyond their communities are having difficulty broadening their base of support.

“There’re only so many sponsors in our city that consider us the right fit,” says IndieMemphis’s Ryan Watt. “We’re trying to figure out how we can grow a little more support to grow salaries and staff, but my biggest challenge going forward is how to find money for organizational support.”

At Ashland Independent, Herskowitz shares Watt’s frustrations. “The festival is just getting by,” he says, thanks to individual giving and local sponsors, “but to take it to the next level, we need to find national sponsors.”

In addition to the struggles of maintaining corporate sponsors, festivals and other nonprofits may feel a pinch from the passage of the 2018 Tax Cuts and Jobs Act (TCJA), which raised the standard deduction for taxpayers and, hence, could affect smaller donors who previously used charitable giving as part of their itemized deductions.

Data compiled from the Fundraising Effectiveness Project bear this out. The first half of 2018 saw declines in the overall number of donors (down 6.3% and 6.6% in the first two quarters) and overall donor revenue (with losses of 2.4% and 2.1%), with gifts of less than $250 falling significantly. Research groups, such as the Indiana University Lilly Family School of Philanthropy and the Penn Wharton Budget Model, have predicted losses ranging from $13 billion to $22 billion in charitable contributions as a result of the new tax law. Such a drop, according to Americans for the Arts, “would damage the very fabric of the charitable sector and our communities.”

While most executive directors say they’re more worried about the effects of an impending economic downturn and that it’s still too soon to gauge the impact of TCJA, Woodstock’s Blaustein admits, “I think there may be some truth to it.”

There are plenty of other perennial hurdles for film festivals, such as cultivating loyal attendees, particularly at big city festivals, which are competing against dozens of other cultural events in bustling metropolises. At the Houston Arts Cinema Festival, Richard Herskowitz admits, “Getting audiences there was really a challenge — I had to work my ass off.”

Film Festivals are also continually grappling with the question of how to lure new and younger audiences. At the San Francisco International Film Festival, Executive Director Noah Cowan says they have recently made several strategic decisions to expand their audience, including relocating from the Kabuki Cinemas to a group of theaters more accessible by public transportation. It’s worked, says Cowan, who says they’ve seen a “substantive” increase in younger attendees, as well.

San Francisco is also increasing the number of bigger U.S. independent “specialized” films in its festival — which also helps bring in audiences. Additionally, year-round special tributes and off-season special presentations of Oscar hopefuls represent 20% of what the entire festival earns in April, according to Cowan. It’s an indication of the increasing burden on film festivals to play Oscar bait and star-studded films.

As Sarasota Film Festival President Mark Famiglio says, “Many of these local festivals may be feeling the heat,” referring to such pressures. “It’s up to other festivals around the country to keep serialized content and challenging independent films front and center and not fall prey to presenting the lowest common denominator.”

Cowan sees other shifts for film festivals in the future. In the past, traditional fest-goers would plan to attend several films based on their availability, but now, Cowan says, festivals are being forced to promote on a film-by-film basis because newer audiences are attending based on individual subject matter and interest. “And that’s really difficult,” he says, particularly with a large program.

“I do feel like there is a correction in the festival world right now,” he adds. “I think there’s a change in audience attitudes, and what they’re looking for from [festivals]. I think people are moving away from the mega-festival, and they’d probably want four smaller ones, replacing art house culture with continuous festivaling. But that would be tough on nonprofit staff.”