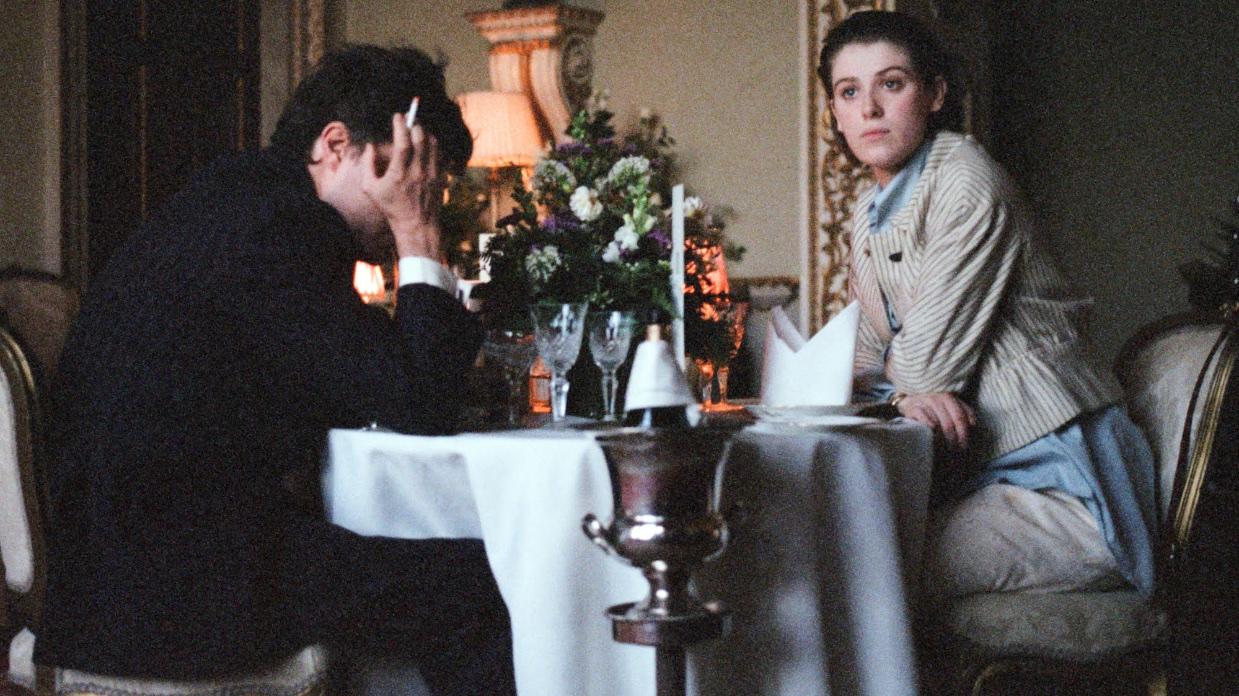 If I’m forced to see any of the film after it’s finished, it’s the last ten minutes when I’m waiting to do a Q&A after a screening. I’m always asked if I want to go into the theater earlier and I try and get away with going in at the last possible moment. Inevitably the film is still playing and I have to stand there in agony watching the last couple of scenes before the credits roll.

I know the endings of all my films really well. With Exhibition I have watched the artist couple pack up their books and leave the house multiple times. With Archipelago it’s the goodbye to the house, then helicopter flying up out of frame. With Unrelated, the solitary woman leaving the Italian house and driving away in a taxi. There’s a melancholy to this experience of repeated goodbyes. There’s a goodbye at the end of all my films—The Souvenir is no exception. So I can look forward to watching the big doors of the film school studio open…and open…and open. No doubt it’ll make me grateful for the good luck finding a disused RAF aircraft hanger in North Norfolk—and then I might let my mind drift off to think of how I’m going to end the second part of the film. The Souvenir is different from the others because I haven’t finished it yet. I’m shooting the second part of the story this summer. It’s still alive and so the regrets can be kept at bay and faced another day in the future. The filmic flame is still alive.

What is this difficulty I have in looking back at the work? It makes sense to me that you put as much spontaneity and life into a project and then leave it to other people to reflect upon and decipher it for themselves. Even more so in this modern era of capturing and fixing and judging a work or an image—the focus on the end result, rather than the process. It certainly makes the very act of writing this piece a challenge.