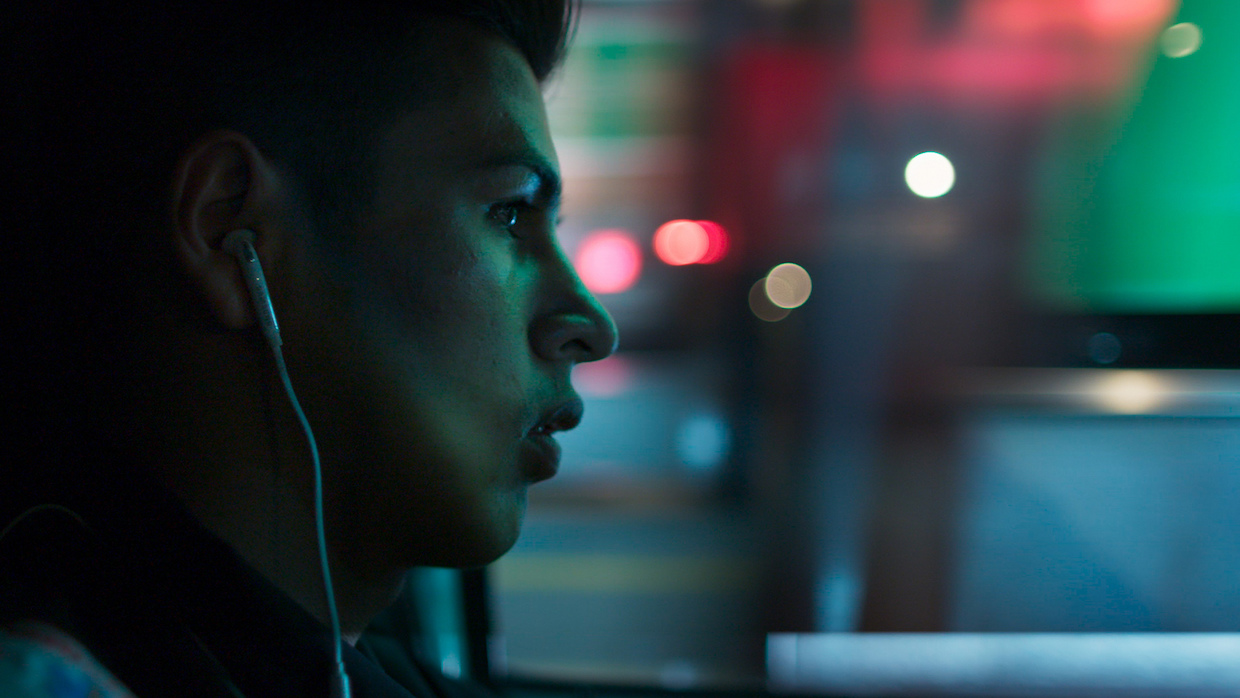 Let’s talk about empathy and documentary for a moment.

A few years ago, during a slack midday period, a pair of young men made me an offer: $10 for 20 minutes of my time. This seemed fair, so I entered a small room and put on my very first VR helmet. For four and a half minutes, I watched a 360 short about the refugee crisis. There was a camp, and I could swivel around in my chair to see all of its dimensions while sad music played over onscreen statics; at the end, I think there was a URL to learn more. Afterwards, I completed a survey asking me to rank, on a scale of 1 to 5, how much empathy this aroused in me, or how likely I was to want to be better informed afterwards. I collected my cash fee and got back to work.

I don’t need to dunk on this experience too hard—the empathy machine speaks for itself in this case. What this made me think about was how inadequate these images were, both on their own terms and relative to the many images of migrant cinema I’ve seen this last decade, often from projects tracking the disastrous fallout of some American foreign policy initiative or other. Some that stick in my head: in Those Who Jump, the surge of migrants making strategic runs to try to force at least some of themselves over the fence (er, Very Effective “Wall”) between Morocco and Spain, images captured from surveillance cameras of a ghastly epic crowd of thousands. During  May They Rest in Revolt (Figures of War), filmmaker Sylvain George interviews a migrant who says he’ll talk until the ride he needs to catch is here; when a truck arrives, he stops mid-sentence, dashes away, grabs the underside of the parked vehicle and hits the perilous road. Less specifically, there is the entirety of Silvered Water, Syria Self-Portrait, which I’m glad I saw once and only once; somewhere in there, someone just gets straight-up shot, and I won’t forget that soon either.

I’m not sure if any of these images “generated empathy,” per se. They certainly quickened my spleen and raised my heart rate, and beyond that I’m not sure what else I can ask for. There’s a whole strain of contemporary documentary dedicated to such unpleasant, absolutely necessary reckonings. All three of the films noted above aren’t just documents but, to some extent, self-reflexive cinematic objects. Those Who Jump is assembled from footage shot by the migrants themselves, with cameras distributed to them to restore their POV agency, Fragments of War is in gorgeous black and white that adds an unexpected layer of stylization and Silvered Water (assembled from a wide variety of mediums, including cellphones) makes time for a thread about showing young children Chaplin, images of restorative hope amidst overwhelming bleakness. I don’t like all of these films equally, but I’m probably glad I’ve spent a good chunk of time watching works like them: I feel uselessly better informed, and I suppose that’s something.

All this to say I’m not sure any images from Hassan Fazili’s Midnight Traveler will stay with me in the same way. An Afghan filmmaker (his wife is a director too) who had to flee after the Taliban put out a call for his death, Fazili and family documented their multi-year migrant trajectory. Picking up their journey in Tajikistan, Traveler measures time in on-screen cards counting which day this is, and the count gets very large. There are perilous crossings through forests, racist confrontations with the citizens of Bulgaria and, eventually, an unexpectedly long, year-plus stay at a Serbian migrant camp while waiting for official admission into the EU. Familiarity with the atrocious does not breed contempt; still, much of what Fazili shows initially was just cross-indexing itself in my head with similar situations in other films until this transitory resting point.

The most interesting sections of Traveler document what happens when active, everyday danger ends and paralysis sets in. “I’m bored!,” one of the children cries; another channels their restlessness into dancing along to Michael Jackson. This period of stasis also provides the relative luxury of turning the task from urgent documentation to meta-cinematic reflection. Husband and wife have an argument that starts with him complimenting the beauty of a teenage girl refugee, being told not to do that (and why), and escalating into her complaining that being a filmmaker is not the same thing as having an excuse to do whatever you want. A documentary about the migrant crisis becomes an unlikely staging ground to reinterrogate the privileged male directorial gaze and the excuses for bad behavior that have often come with it.

For all that, I find myself (churlishly?) rejecting Midnight Traveler. The film definitely doesn’t rest on its urgency, but wants to be actively beautiful: there are shots (a young girl’s hair floating in the wind with the car window down, abstract-ish night exteriors) that clearly aspire to be visual events, but they didn’t land for me. That’s just a personal visual taste question, but as the film went on, I was increasingly flummoxed by Fazili’s heightened attention to cinema. At one point, it briefly appears Fazili’s young daughter might have disappeared; she turns up safe soon enough, but during that time Fazili is both freaking out and filming. “I hated cinema,” the filmmaker says in voiceover, because the impulse to film made it impossible for him to put down the camera while trying to find his daughter—really, that’s just a personal decision, not a feature of the medium itself. To the extent that the film is conscious of itself, and its family, as having some kind of responsibility to film themselves (per Fazili, “I feel that our family’s experience is not unique to us and is an important part of human history and must be preserved and seen by all”), that might raise some interesting questions about, say, ethics in documentary filmmaking vs. self-preservation. But I’m not sure it does: in many ways, this movie—with its delicate occasional applications of music and direct voiceover empathetic appeals to the audience—fulfills many conventional documentary functions to raise consciousness, and seems sincerely content to do so.

I have far fewer questions about Midnight Family. Director, solo shooter and his own editor, Luke Lorentzen won a well-deserved cinematography award at Sundance for his work on this. I wasn’t surprised that Lorentzen cited the late Michael Glawogger as an influence: in films like Workingman’s Death and Whores’ Glory, Glawogger displayed preternatural calm in finding pleasing compositions in the midst of horrific circumstances. Lorentzen does the same, shooting carefully calibrated widescreen. Mexico City only operates 45 public ambulances for a population of nine million; in the absence of social services, capitalism has inevitably filled the void with private ambulances. Lorentzen tags along with one operated by the Ochoa family, documenting what happens when the profit motive and the lifesaving impulse become conflated, even more so than they are in these United States.

Because I enjoyed (if that is the word) watching Midnight Family, I was not particularly troubled about what it’s doing or why. A friend questioned its efficacy in embedding itself with the exploitative middle-man, who has to chase down payments as soon as bodies are delivered to the hospital, rather than the ultimate trickle-down victim. My thinking is, a system that allows for the existence of this kind of service in the first place makes victims out of those who need jobs and take what they can get. What’s shown is inevitably dispiriting, but also funny (the same ways close-knit family bickering often is) and exciting; there are presumably other documentaries I haven’t seen that have whole car chases, but this one has two, with ambulances racing each other to be first to accident sites. Observing the classic verite concept that it’s good for the otherwise presumably invisible documentarian to acknowledge themselves at least once, one of these fast rides kicks off when Lorentzen’s camera is outside the left ambulance window; when the call comes in, the camera makes an ungainly quick leap to lock itself down in the back. It’s a brisk, enlightening ride that begins and arrives at no place good.