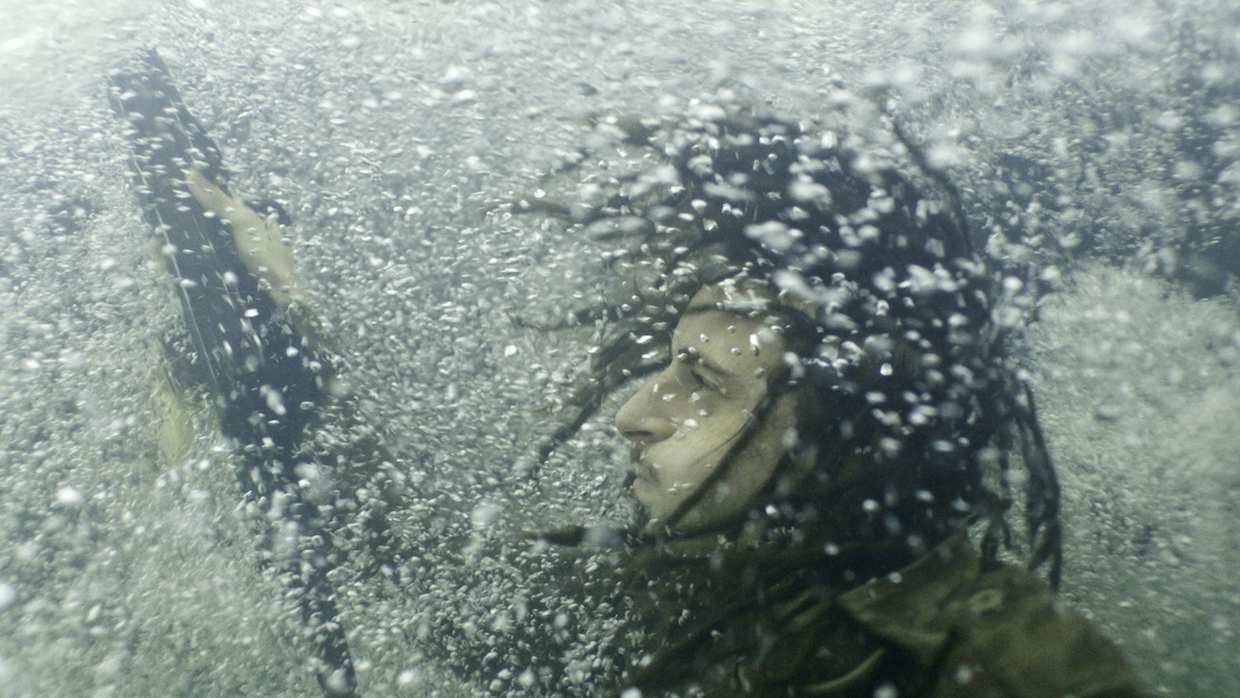 [A selection of films from the ND/NF program, including Bait, are currently playing online for free on Festival Scope from April 8-April 22.]

As it unveiled its 48th edition last week, New Directors/New Films—the annual collaboration between the Film Society of Lincoln Center and the Museum of Modern Art—could justifiably tout itself as a fount of international cinematic discovery. Although most of its programming is cherry-picked from other major festivals, including Venice, Berlin and Sundance, its 12-day spree of screenings ushers a new wave of ascendent film talent into town for a Manhattan debut (or in some cases, an encore) as spring likewise dawns in Gotham.

Recent editions have continued to anoint bold breakthroughs, whether those of Ana Lily Amirpour (A Girl Walks Home Alone at Night) or RaMell Ross (Hale County This Morning, This Evening), that build on the festival’s decades of much-touted arrivals (Spike Lee, Chantal Akerman, Darren Aronofsky, Yorgos Lanthimos and Mia Hansen-Løve, among scores of others notables). Keeping with that reputation, this year’s opening stretch served up some showy new candidates for approval.

The most sensational was Monos, which has the misfortune to forever now be stickered with an absurd blurb (via a headline in The Guardian) that its anarchic saga of wild-child guerrillas losing their shit in the hills and jungles of Colombia is like “Apocalypse Now on mushrooms.’ C’mon! Everyone knows that Apocalypse Now is mushrooms. If I was going to make comparisons, I’d follow the lead of a recent thread on Film Twitter and call this movie “Werner Herzog’s Nocturama.” Like Bertrand Bonello’s super-stylish societal critique, Monos lavishes its attention on a tribe of Beautiful Young People, taking up lethal weapons against the system, while roaming an exotic playground (swap a fancy shopping center for mountains and rainforests) and navigating tragic games and power plays within their ranks, their impulsiveness matched by their naivete. All the while, The Man (or exterminating armed forces of the nameless state) closes in.

Brazilian director Alejandro Landes, working with cinematographer Jasper Wolf, revels in the manic energy of his savage and innocent baby beasts, with whiz-bang drone shots galore and lots of tilting, spinning camera angles, invoking dizzy spells well ahead of the gang’s experience with psychedelic fungi. Left to their own devices by their paramilitary mentor (Wilson Salazar), a highly excitable adult drill instructor a portion of their height, the Monos (“monkeys”) have one job: to keep hostage an American contractor (Julianne Nicholson, who gamely conveys a spectrum of emotional responses to her plight, from Stockholm Syndrome-induced levity to homicidal self-preservation instinct). It doesn’t take long for the kids to screw that up, as a rigorous structure of rules and rituals collapses under the leadership of hotheaded alpha male Bigfoot (Moises Arias, unrecognizably beefed up since his tender days as a sidekick on Hannah Montana).

It’s a predictable arc, perhaps, but Monos feels much freer–loose and livewired, breathlessly in the moment–before its minimal plot kicks in, and the story becomes the same as that in every movie about raw-boned survival against swirling jungle madness, even if augmented by political themes and a Mica Levi score. Expect to see the young cast making its way to stardom in the next few years. In which case, maybe Monos is really Gaspar Noé’s The Outsiders.

The logical ND/NF double-bill with Monos is the Thai drama Manta Ray, which also immerses the audience in lush, dangerous, critter-infested terrain as nomadic characters do their best to prevail over–or, at least, not get smashed by–monumental unseen forces. Manta Ray feels bittersweet and meditative, saturated in the immanence of the natural world, emitting a vibe of soulful mystery. Director Phuttiphong Aroonpheng, whose feature debut follows years as a cinematographer and a batch of short films, creates a curious bromance, in which a salvaged soul slowly transposes lives with his redeemer. The transference isn’t played for laughs or suspense, the way we’re accustomed to seeing this idea on screen, but to what feels like very spiritual intention.

Aphisit Hama is the fallen, a mute apparent Rohingya refugee who washes up in a swampy forest, in a Thai fishing village near the Myanmar border. A fisherman with dyed orange hair (Wanlop Rungkumjad), embarked on a surreal manhunt, draped in multi-colored party lights, rescues him, takes him in, treats his severe wounds and slowly brings the stranger back to life. Eventually, the fisherman’s long-lost wife returns home, and the fisherman himself disappears, leaving the refugee to take his place–dyed hair and all–as the film slips deeper into its own dreamland, aided by an original score from the French duo Snowdrop. (The prodigal wife, played by Thai vocalist Rasmee Wayrana, even charms her new man with a lullabye as the bathe in a hot spring). Its profound beauty a flipside to the human rights horrors that it elliptically speaks to, Manta Ray has deep affinities with the work of Thailand’s better-known Apichatpong Weerasethakul, while inscribing the screen with its own uncanny grace.

Salt breezes are an ill wind in Bait, the feature debut of UK experimental filmmaker Mark Jenkin. Shot on a Bolex in black-and-white 16mm, and hand-processed with blotches and scratches to certify its analog verite, the gritty story of a diehard fisherman at odds with the influx of tourists into his Cornish seaside village is like a #TBT post to circa-’60s social realism by way of the Canyon Cinema catalog. The combination could suggest film-school gimmickry, except that Jenkin has more than an impressive aesthetic point to make, digging into the social divide of the Brexit era with a fierce lead performance by Edward Rowe as the aggrieved Martin, whose bitter rage and sharp tongue is a gale force driving the taut, punchy narrative. Staccato editing, flash-forwards and intense close-ups are crafted for maximum tension, relieved only by blunt humor and the craggy maritime scenery. Jenkin also composed the minimalist score, making Bait a homebrewed tour-de-force.