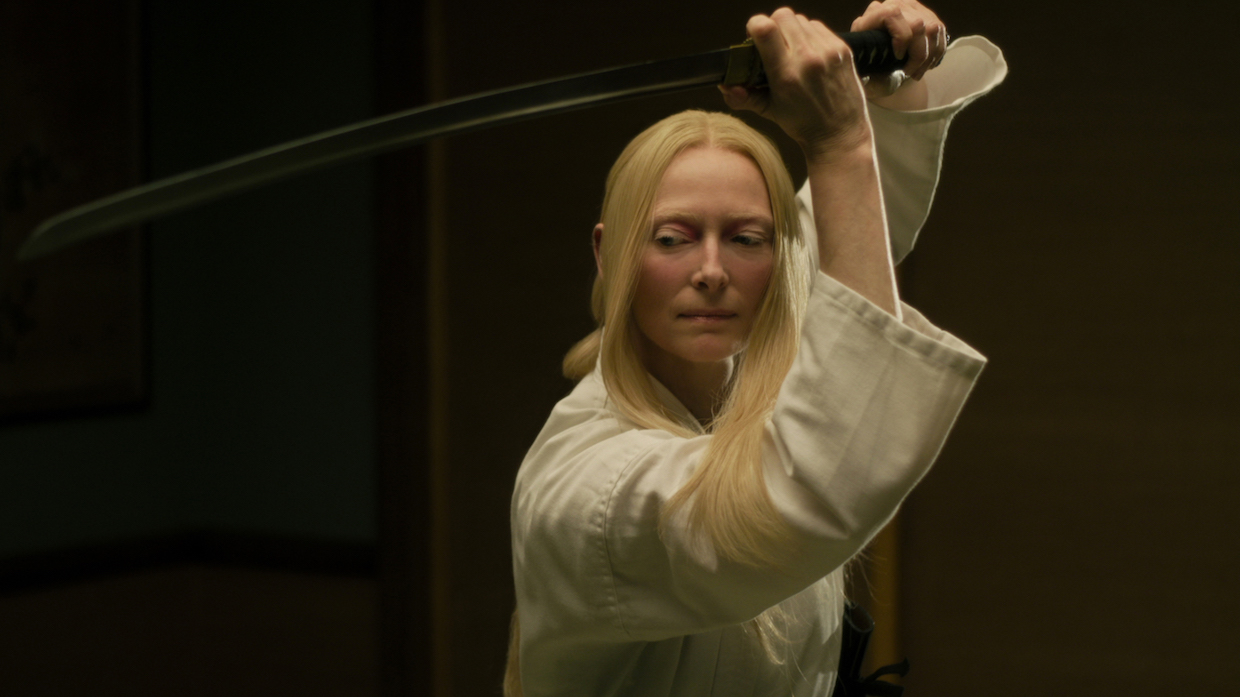 Cannes opened its 72nd edition last night with Jim Jarmusch’s self-reflexive and divisive zomedy The Dead Don’t Die, a movie that reunites the American filmmaker with the horror genre he flirted with in 2013’s Only Lovers Left Alive, and serves to further clarify his late digital style. Though reportedly not the festival’s first choice for the slot, it’s easy to see why Cannes was content to offer it this year’s first red carpet; Jarmusch stacked his cast with A-listers—Bill Murray,  Adam Driver, Danny Glover, Tilda Swinton, Chloë Sevigny, Selena Gomez, and I really could just keep on going—while the title conveniently doubles as a self-own for an institution that’s now content to perennially showcase its usual darlings, however expired some of their visions and methods may be.

With regards to vision, The Dead Don’t Die is a cross-eyed beast, glancing into the past while side-eying the dreary future that increasingly appears certain to await us. Set in the small town of Centerville (“A Real Nice Place,” reads the local welcome sign), the film follows local officers Cliff (Murray), Ronnie (Driver) and Mindy (Sevigny) as they deal with the local impact of an ostensibly global zombie problem, which may have been instigated by a sudden, drastic shift in the Earth’s axis (which itself may have been instigated by the semi-recent industrial surge in polar fracking). Details of the crisis are reported by local broadcast news anchors—they’re just as bemused about what the hell is going on as anyone else—who glitch out on the screens of TV sets across the town. As amusingly mysterious as the undead’s arrival may be, their desires are much more conspicuous: Snickers and coffee and multi-barred wifi—whatever their living selves’ favorite things were—and Jarmusch will be damned if these obsessions are confused with any of his own (namely, this time, a ’68 Pontiac Le Mans, F. W. Murnau’s Nosferatu and director Samuel Fuller, to name just a small percentage of the cultural artifacts dropped into even the most casual social interactions and scenic backdrops).

Canadian artist and filmmaker Michael Snow once answered a question about his artistic motivations by saying, frankly, “I just make work about what interests me,” which is an impulse that Jarmusch very obviously shares. In his case, it’s a sentiment that I find to be as stuffy as it is charming, though the unpleasantries are mitigated by Jarmusch’s willingness to dig into this get-off-my-lawn attitude, just as he genuinely wants to express his love for these pop and tech objects of yore. “The zombies are remnants of all the materialist people,” declares the forest-dwelling Hermit Bob (Tom Waits, made-up to resemble late-90s Rob Zombie, because why avoid a pun if you don’t have to), Jarmusch’s mouthpiece in the film, who acknowledges that this position is a form of self-ostracism.

For his part, Jarmusch crafts his film to have a light, forwardly digital surface—complete with a cheap UFO fly-over and a moon rendered to look like some sky-borne plasma globe—and makes sure that the most unlikeable characters are the ones who live by conservative, often toxic ideologies (most evident in character known as Farmer Miller [Steven Buscemi], wearer of a red “Keep America White Again” cap, and owner of a dog named Rumsfeld). So while much of the pleasure of The Dead Don’t Die may be located in its director’s trademark obsessions with hipsterism, his penchant for drawing out room tones and dead air, and his knack for repeating mediocre jokes until they achieve some semblance of hilarity, it also manufactures an ambivalent impression of progress and progressivism that reflects the uneasiness of expressing one’s taste in our present moment—a valuable concept to consider as a festival like Cannes kicks off.

On the eastern end of the Croisette, the Directors’ Fortnight sidebar likewise raised its curtain with a movie that was intending to be funny, namely French absurdist Quentin Dupieux’s Deerskin. Dupieux was well-known in France as DJ and electronic musician Mr. Oizo before he made his debut film, Steak (2007), and his latest follows in line with the only film of his I’ve seen—his surreal 2010 breakout comedy, Rubber (which premiered in Cannes’ Critics’ Week sidebar)—in that it would probably function quite well as a short film, but was for some reason stretched out to (a graciously brief) feature length. Also like the earlier film, whose narrative concerned the misdeeds of sentient, murderous car tire, Deerskin’s action is set in motion when Georges (Jean Dujardin) acquires a fascistic deerskin jacket, which implores that its new owner rid the world of every other jacket.

As Georges was given a complimentary HDV camcorder with his purchase, the plot marries the jacket’s demands (uttered, internally and externally, in Dujardin’s voice) with Georges’ impromptu ventures into indie filmmaking. Distant from relatives, these small film projects are ploys for him to make money, as he is able to convince strangers to give him money. At its sharpest, Dupieux’s movie serves as a painful reminder of the tribulations involved in collaborative creative enterprises—Georges has no idea how movies are edited, and seeks to have his film’s editor do her job by guessing the (non-existent) script—and it does ultimately does have something to say about the way money and freedom are mutually exclusive elements in this industry, with Georges’ “creative” agency (to not spoil too much) evaporating as his funding becomes more substantial. Alas, Dupieux’s risk-taking pales in comparison to Georges’ own DIY effort, suggesting that the better film in this project is the one buried in the diegesis.