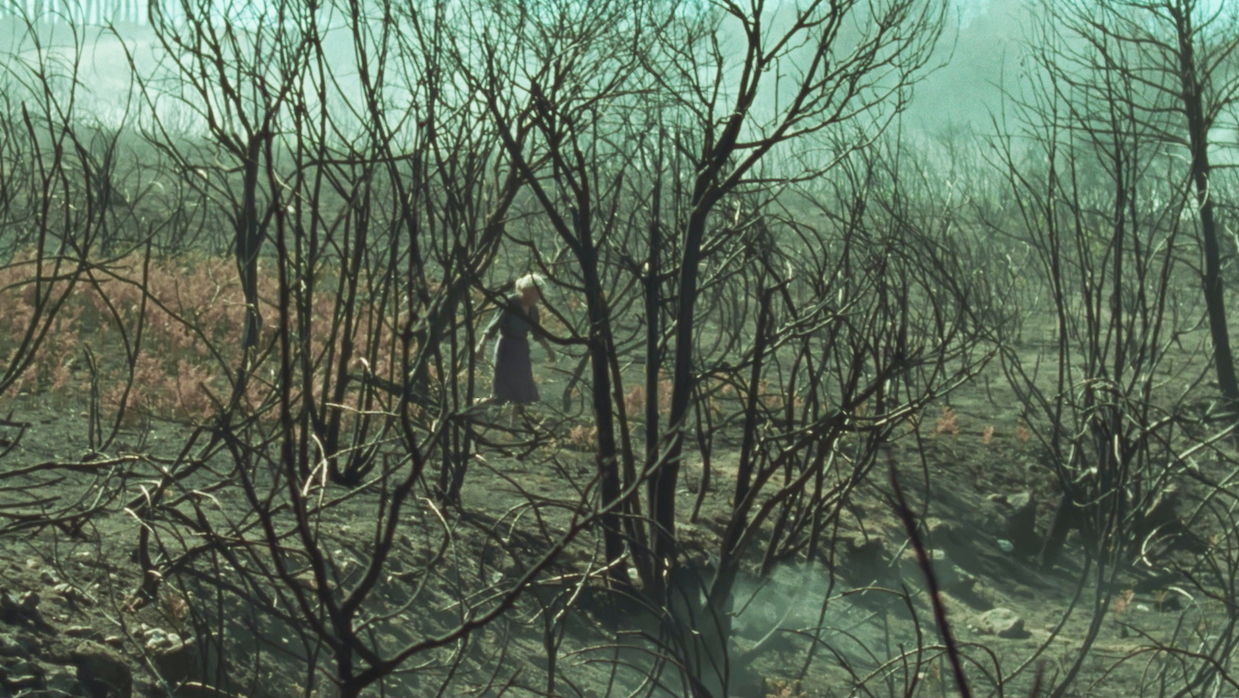 We all know that Cannes appraises itself as the supreme purveyor of a given year’s most handsome industrially-produced arthouse motion pictures (that is, those that happen to have completed their post-production by late April of said year) — a launchpad for quote-unquote major achievements by the world’s most recognizable and uncompromising narrative filmmakers. Its unwillingness to accommodate the more outre or difficult projects from directors who fit that description hasn’t been too contentious thanks, mostly, to the Directors’ Fortnight’s relatively eclectic and much less constricted programming philosophy—carried over from one artistic director to the next for more than half a century now, well-preserved this year by new head Paolo Moretti. There, we find the likes of, for example, Lav Diaz and his new four-hour-plus project, The Halt, and Ala Eddine Slim’s Tlamess, which plays like the greatest and most resourceful student film ever made (for better or, more often, worse), including among its amusing-yet-ill-advised pretensions: a blatant plagiarism of 2001: A Space Odyssey’s ominous black obelisk, and telepathic conversations between characters’ eyeballs. This is, of course, in addition to numerous other unknown quantities, as well as movies that could and probably should have played in the official selection (namely, Bertrand Bonello’s latest, Takashi Miike’s kinetic and effective First Love, and Robert Egger’s hot ticket The Lighthouse, which I intend to finally catch up with tomorrow evening, provided I’m not shut out of it again)

Within the Official Selection, Un Certain Regard — a sidebar whose appeal fluctuates drastically from year to year — is, for this edition, the de facto main event for festival attendees with more leisurely and forwardly aesthetic experiences, as Bruno Dumont, Albert Serra, and—for a brief, beautiful moment—Pedro Costa (whose Vitalina Varela, clumsily announced as part of the section by the festival’s Instagram account two weeks before the festival kicked off, was invited, though rumor has it that Costa never accepted the non-competing slot) are there, tucked away from the impatient international press who apparently only find the most marketable product worthy of their attention and respect. And within this grouping I should also include Oliver Laxe, as his well-received first two projects (the more recent of which, Mimosas [2016] was a partial collaboration with British avant-garde heavyweight Ben Rivers) have earned him considerable goodwill from experimental cinema circles and expanded documentary aficionados in particular.

Fire Will Come represents another stylistic departure for the French-born Galician director, operating in a naturalistic arthouse mode that evoked Lisandro Alonso’s early contemplative benchmarks La Libertad (2001) and Los Muertos (2004), wherein non-professional actors are cast to essentially act out something close to their actual rural lives in front of the camera with slight narrative interventions. In Fire, Laxe tracks Amador (Amador Arias, a 50-something local forest warden), who’s headed home after serving a jail sentence for arson, tending to his day-to-day work on the farm with his 83 year-old mother Benedicta (Benedicta Sánchez). The film coasts on its lush super-16mm lensing, through which the image offers saturated ochres and rich grain. Despite the earthly qualities of the production, there’s an otherworldly air to the mise en scene, established in part by an eerie overture in which a bulldozer levels a eucalyptus forest in the middle of the night, the event cast in extremely low key artificial light. Realism is re-established once more toward the film’s conclusion, when we get a terrifyingly ground zero journey into a massive forest fire, with in-character firefighters attempting to dowse the blaze. The sense of danger, as well as the complicated economic stakes, are extremely present, real in the most Bazinian sense, elevating the picture to harrowing, almost biblical heights.

Within the Official Selection’s Special Screenings label, filled with wild cards from unknown quantities and established names alike, a modest, digital family affair from American filmmaker Abel Ferrara provided one of my festival’s most pleasant and exciting experiences. Intimate and extremely self-reflexive, Tommaso is a bonafide curio, enlisting his muse Willem Dafoe (lead of Ferrara’s last narrative feature, Pasolini [2014], among other major titles from his oeuvre), his wife Cristina Chiriac, and their three-year old daughter, Anna, to draft out a scrappy, startling, and often moving mosiac of Ferrara’s emotional and psychological state. Whether its various elements are representations of actual events or purely fictitious creative whims is never clear (a story that Dafoe recounts in a scene at an Alcoholics Anonymous meeting feels so personal to him—eliciting tears I took to be too genuine to not have been personally experienced—is a particularly ambiguous confusion of performance that ends up being quite generative), but it’s the impressions that feel essential. This is filmmaking as survival, an earnest confession and auto-critique (with crucifixions and all) that ought to be remembered as more than a mere footnote in his late period.