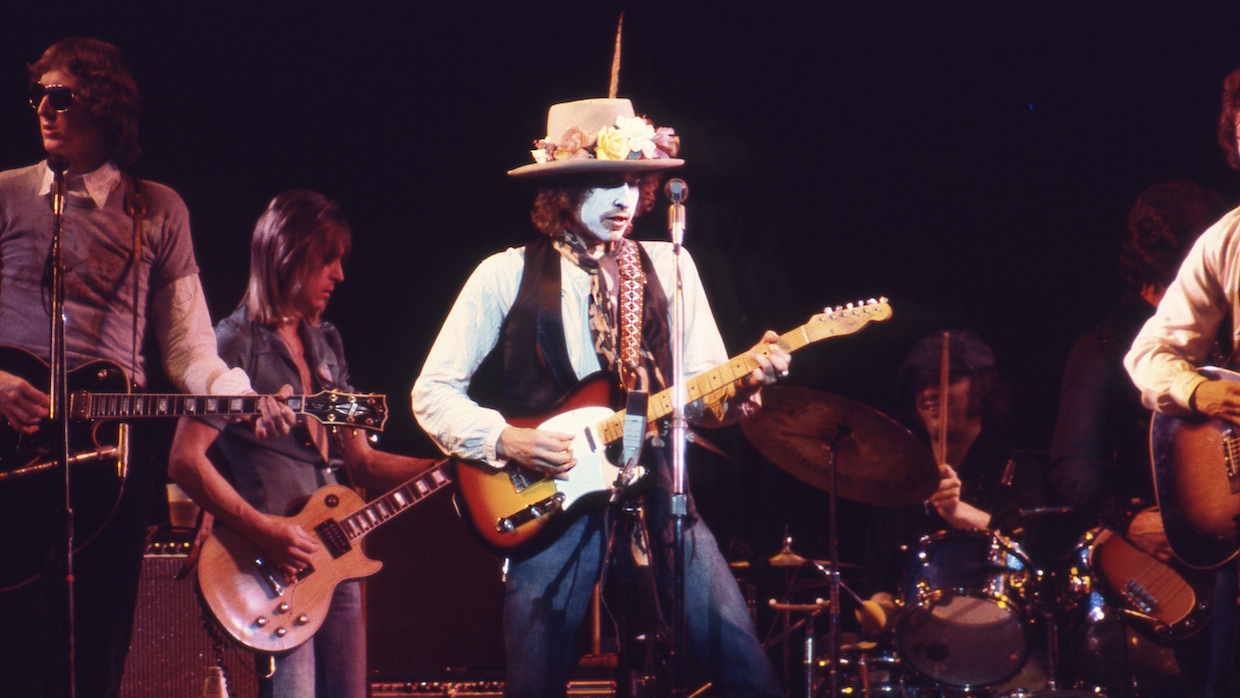 On a scale of one to ten, I’m probably about a 6.5 when it comes to Bob Dylan. Define one as “Dylan is the single most visible/still living manifestation of hyper-steroidal Boomer nostalgia and must be destroyed,” ten as the level of obsessiveness practiced by the singer-songwriter’s personal scourge A.J. Weberman, who literally coined the term “Dylanology” and famously dug through Robert Zimmerman’s trash for clues. Dylan wasn’t having it; in Weberman’s indelible telling:

I’d agreed not to hassle Dylan anymore, but I was a publicity-hungry motherfucker… I went to MacDougal Street, and Dylan’s wife comes out and starts screaming about me going through the garbage. Dylan said if I ever fucked with his wife, he’d beat the shit out of me. A couple of days later, I’m on Elizabeth Street and someone jumps me, starts punching me.

I turn around and it’s like—Dylan. I’m thinking, “Can you believe this? I’m getting the crap beat out of me by Bob Dylan!” I said, “Hey, man, how you doin’?” But he keeps knocking my head against the sidewalk.

There is no more super-fan reaction to assault than this. Morrissey devotees (do they still persist?) might seem to set the bar, but for sheer commitment to gnostically parsing every alternate take and altered lyric, Dylan-heads have to take the prize. Rolling Thunder Revue, Martin Scorsese’s second contribution to Dylanology, is definitely for them: 144 minutes on the first leg of Dylan’s tour with a rolling cast of 15-ish musicians. Mercifully skipping the (not actually obligatory!) biographical overview, Rolling Thunder jumps right into 1975, initially feinting at a straightforward structure that will follow the revue from city to city. But once the band arrives at Plymouth for their initial gigs, the movie essentially stops moving forward, turning itself into a delivery system for concert footage, with excellent sound board audio at full volume, and a ton of rare rehearsal footage. I’m simply not the target audience for this deep dive into the vaults, presented without too much in the way of comment—true heads, I’m told by those who’ve seen it already, are going to be delighted.

The music is one thing, the persona another. I’ve never had much patience with the narrative of Unknowable Trickster Dylan, the shape-shifting enigma that defined a generation while making himself tantalizingly unknowable—nobody can actually be that mysterious for 70+ years. But Scorsese goes all-in on this narrative, adding an extra layer of what could generously be called “myth-making” on top of the story. It may take a while to catch on as to how much of this is unapologetic falsehood—I didn’t clock the name of Jim Gianopulos, moonlighting here as the ostensible tour manager of the revue (he’s actually a former Fox executive and currently CEO of Paramount). The tour footage was ostensibly shot by one Stefan van Dorp, who does not exist—he’s played by Martin van Haselberg, half of the long-ago performance art duo The Kipper Kids (the research k-holes this film suggests are endless once you start pulling at the threads). This allows for one of the film’s truly strange video needle-drops, a standard Scorsese specialty—the film that ostensibly got van Dorp the gig is this satirical TV take on 1969 German society’s abhorrence towards sex. In this case, there’s a very sad potential justification for all this messing around: the footage was actually shot by Dylan’s longtime collaborator Howard Alk, who died of a heroin overdose in 1982, which isn’t amusing at all.

None of this set off any alarm bells since I didn’t know any of the lore to begin with. But I definitely sat right up in my seat when Michael Murphy appeared as “Rep. Jack Tanner,” to testify to the profound influence Dylan had on him once Tanner’s good friend Jimmy Carter recommended he attend one of the shows. Scorsese has a cameo in Tanner on Tanner, Robert Altman’s second edition of the fictional politician’s saga, so there’s a direct connection—but still, it’s not entirely clear what the joke is here, especially since the dialogue is in no way funny (except, I suppose, as a travesty of centrist liberal boomer angst) Given that this kicks off with a Méliès clip, establishing firmly that we’re in Scorsese’s house, my simplest conclusion is that a straightforward concert documentary turned into a doodling sketchbook for messing around in between primary feature projects.

It’s not often that you hear applause in the screening room, but that happened when this ended, and I’m pretty sure one of the clappers was the very nice person who came up to me and a friend after the screening and asked what we thought. He’d literally come back the day before from a Dylan symposium in Oklahoma and was glowing—if that sounds like you, I do not begrudge at all the pleasure you will feel upon watching this. Me, I can’t help thinking about one of Dylan’s comments in his interview segments: that he has nothing to remember or recall, because this is just something that happened 40 years ago that means nothing. Is this film nostalgia or a refutation of that impulse? Probably both. Scorsese’s career has, in part, continuously functioned as an ongoing annotation of the rock staples that apparently powered him through the ’60s and ’70s (think e.g. of the oddly specific image of Travis Bickle brooding to Jackson Browne in his apartment). He’s able to change it up (I dearly love the deployment of Me First and the Gimme Gimmes’ trashy cover of “Sloop John B” in The Wolf of Wall Street), but there’s clearly a pocket of musical time that means a lot to him—this film seems guilty in gratifying that impulse, worrying itself into fiction in its anxiety about the hero worship it’s actively practicing.