Creating Community Through Cinema: The Echo Park Film Center and MONO NO AWARE 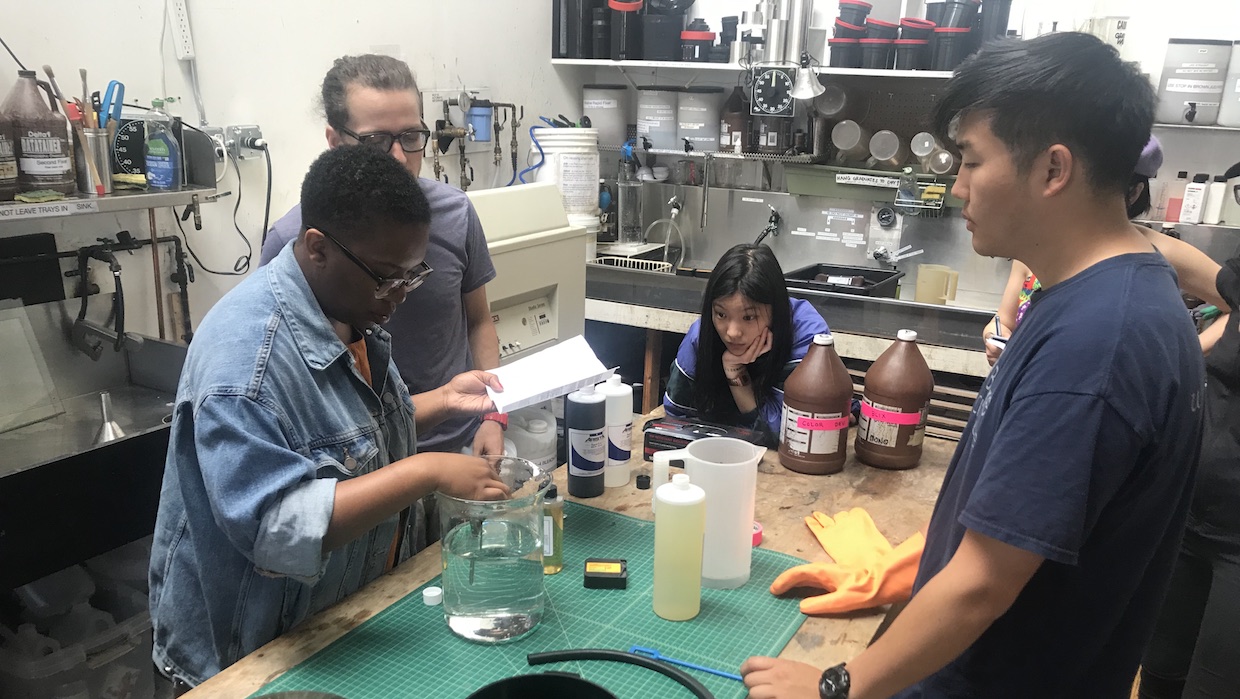 I love the way Paolo Davanzo jazzes up his emails with exclamation points! He almost never uses just one; instead, he lines up two, three, sometimes four in a row, and if his ardor is not evident through prolific punctuation, he’ll apply all caps: “SO GLAD to reconnect!!!!” or “The kids created a BEAUTIFUL FILM!!!!”

This cheery trait is pure Paolo, and it completely infuses the Echo Park Film Center, a small nonprofit space at the corner of Sunset and Alvarado in Los Angeles that he cofounded in 2001. EPFC packs a microcinema, filmmaking classroom and equipment rental house all into a narrow strip of colorful rooms crowded with DVDs, books, cameras, projectors, t-shirts, posters and various kinds of cinema arcana. The space has become a haven and creative home for people of all ages from across the city who want to make and share films. Forget the $40,000 annual film school tuition you might pay at USC or UCLA. Here, filmmakers learn how to make films for a fraction of that cost. They also learn a particular filmmaking ethos.

“We’re grounded in activism, community, social justice and free education for youth,” Paolo explains, noting that the reasons for running EPFC have not changed over the 18 years since its inception. “It’s about access and storytelling. Our mantra is that everyone is a storyteller, but not everyone has the tools to tell their story.”

He goes on to say that he’s generally not interested in straightforward narrative storytelling. “We are not a Hollywood bootcamp,” he says, noting that there are plenty of those already, and LA is also home to several university film programs focused on Hollywood storytelling. “Instead, we ask, ’Where are the neighborhood stories? The documentaries? The experimental films?’”

In 2014, EPFC became a co-op run by 20 different film artists, all of whom have a voice in the direction of the organization. Funding comes from various sectors, as EPFC intentionally keeps its programming diverse; many donors support the art-related programming, educational activities, as well as EPFC’s activism. The organization works with schoolkids across the city and offers classes to seniors, as well.

While the brick-and-mortar space is essential, EPFC has also been building a small fleet of what Paolo calls “itinerant vehicles” as it faces the effects of gentrification and high rent that are devastating many neighborhoods throughout Los Angeles. Pointing to the Chipotle across the street, Paolo says, “We are preparing ourselves for a possible future when we are displaced.” He adds that the EPFC landlord has been very supportive but also notes, “Lisa Marr, my partner in love and life and work, had the idea to make a mobile classroom and cinema.” The result was the EPFC Filmmobile, a mobile theater and filmmaking classroom created 10 years ago. “It’s been through Mexico, up into Canada, and all across the United States, reaching communities that might not have the access available in a big city. But it’s also for LA, and for kids who might have to take three buses to get to us. With the Filmmobile, we can bring our resources to them.”

The organization also has the Filmcicle, a bicycle with a large box on its front. “It’s great because the youth can ride it around,” explains Paolo. “You don’t need a license. So, you can put in a generator and screen and do pop-up events around the city.”

Two years ago, EPFC rounded out its fleet after it received a very generous donation from the Hollywood Foreign Press Association. “We used it to buy an adorable Happier Camper trailer to make a mobile artist-in-residence unit,” says Paolo. “You can live in it. Our hope is to drop it in different areas where artists can go and live, teach classes, show films and then hitch it on the car and move it to the next location.”

On the other side of the United States, in Brooklyn, New York, a similar organization is also building a strong neighborhood film community. MONO NO AWARE was founded unofficially in 2007 by filmmaker/animator Steve Cossman. The organization’s unusual name means “connection to the ephemeral” in Japanese. “I had moved to New York and wanted to engage with a community of like-minded folks interested in cinematic forms,” Steve says. “I couldn’t find one, so I decided to build it.” He started by curating a screening of experimental film and expanded cinema.

The festival was a huge success. “So many people were interested in the work being shown that wanted to know how it was made,” Steve explains. “I started offering workshops out of my apartment, using the bathroom as a darkroom.”

In 2009, MONO began officially offering filmmaking classes, ensuring that each was affordable and accessible. The workshops range from basic Super 8 and 16mm filmmaking to hand processing, camera-less animation, time-lapse using 16mm and more.

Over the past decade, the organization has expanded in size, from one instructor to nearly 40, each of whom is a workshop alum; from around 30 students a year to 600; and from a space 17 feet by 24 feet to one three times that size. MONO also set up shop in its own physical space after spending a year in search of the right location.

“We’re situated between BAM Rose Cinemas and BRIC Media Center,” says Steve. “And, we’re two blocks from Alamo Drafthouse. All the trains have stops near here, and there are many bus lines nearby. We now see people from all over the city, commuters from as far away as Staten Island and New Jersey, and many international participants.” He adds an important note: “There has been a considerable increase in Spanish-speaking participants, so we have translated half of our syllabi to Spanish.”

Like EPFC, MONO is passionate about community, outreach and access. MONO also believes in using available technology. Every piece of equipment in the organization has been donated; much of it has been refurbished in-house. “For me, personally, that’s another part of our ethos,” says Steve. “If we consider the impact of planned obsolescence and continuous upgrading to the newest software, I would rather use a camera made in the 1960s that already exists, and film with that. It creates the desired aesthetic, but it’s also about giving people options so they’re not just led in a single direction through marketing.”

For both EPFC and MONO, many of these alternative options center on using analog film, old film equipment and reveling in the physicality of film as a medium. “Something about working on the material of film forces one to become more than a filmmaker,” says Steve. “One becomes a chemist, an engineer, a technician; that is, in part, what makes the challenge of photochemical filmmaking fun and exciting. It’s truly multidisciplinary.”

Indeed, EPFC and MONO counter the cast-off nature of so much contemporary image culture that relies on distracted clicking, posting and scrolling. But they also resist the emphasis on narrative you might learn in film school. Instead, their ethos is oriented around community. They relish gathering people together—for EPFC, this might be a pop-up screening outdoors in Echo Park, while for MONO, the audiences attending screenings of work produced in classes are so big that they now have to take place at Anthology Film Archives. Both organizations can point to incredible alumni and artists involved in their organizations—Ja’Tovia Gary comes to mind for MONO, and Martine Syms and Nesanet Teshager Abegaze (whose short film Bereka just won for best experimental film at the BlackStar Film Festival) from EPFC. These organizations have weathered more than a decade of existence through the rise of digital media production and gentrification, and yet both somehow continue to expand and connect with new filmmakers through the discovery of the magic and joy of filmmaking and community.