“Deragh Had Never Skydived Before…” Five Questions for Writer/Director Kazik Radwanski about His TIFF-Premiering Anne at 13,000 Ft. 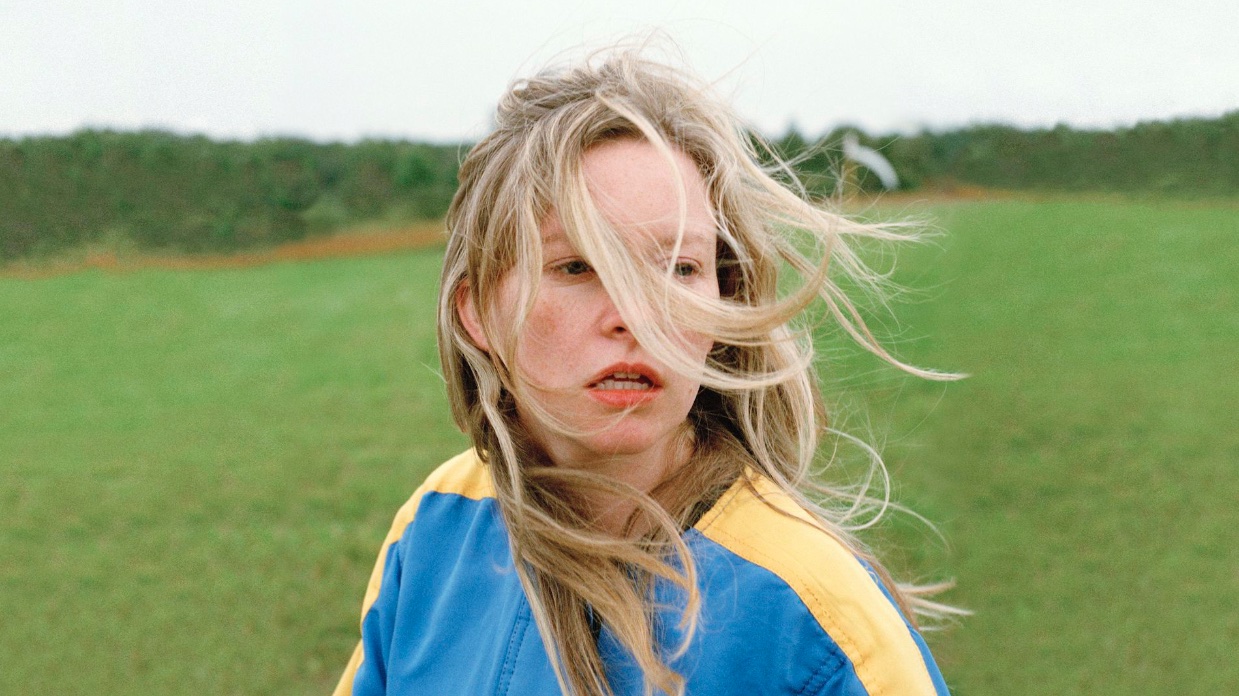 Overwhelming anxiety, bad workplaces and ill-advised self-medication are all very on-trend for 2019—Kazik Radwanski’s Anne at 13,000 Ft is right for the moment. A Torontonian child care worker at a government-run facility, Anne (Deragh Campbell) is the protagonist of a handheld drama whose initial energy is very in a post-Dardennes vein, with nervy-but-not-illegibly-jumpy camerawork following her. One way to add production value to your lowish-budget production is suggested by the opening, where Anne skydives out a plane as part of a bachelorette party (!). The footage is clearly unfaked and my nightmare; smartly intercutting between the build-up and her job, a graphic match is made between talk of how to land and a young boy leaping to the ground.

It is normal to establish viewer sympathy for a protagonist by showing them having a shit time at work, and Anne is almost immediately at odds with her supervisor, a fiend for rules that seem to have do far more with potential liability lawsuits than real concern about the kids’ health. At an all-staff meeting, things get snippy between the two: “Some teachers aren’t trying to gently guide others,” Anne says, with the inevitably passive-aggressive rejoinder “Yeah, we actually are” following. If Anne certainly seems to have the infinite flexibility and generosity that mass childcare requires, as the movie proceeds it becomes clear that something‘s off—grounding her in a bad workplace is a smart way of wrongfooting viewers to reconsider their perspective. Anne is funny in ways that sneak out of unfunny situations—as in the best comedies, it’s the unexpectedness of the timing that’s as funny as the line itself—while increasing the ambient anxiety. This isn’t A Woman Under the Influence, the inevitable reference point: Campbell’s performance is unpredictable but not operatic, the crest being built to an abrupt halt rather than grand confrontation.

Via email, Radwanski answered five questions about his film, which has its public premiere today at TIFF.

Filmmaker: Asking your lead actress to commit to actually skydiving as a non-negotiable part of her role is a big ask. Had Deragh skydived beforehand? Had you? Was it easy to arrange the shoot and how did you go about it?

Radwanski: Deragh had never skydived before. We talked about it a lot and decided to shoot that scene first. The big ask, however, was asking her to jump out of the plane again. DP Nikolay [Michaylov] and l looked at the footage and thought it wasn’t right. The solution was for me to act as a stand-in. We shot a test of me jumping out of the plane (I had never skydived before) to figure out a better camera setup. We showed that footage to Deragh and she agreed to jump again.

The whole process was great. Every skydiver is a filmmaker. GoPros are now so central to how they record and share their jumps. It was a great experience learning from them and I was really happy that a lot of the skydivers made it into the film as actors—the vaping scene in particular.

Filmmaker: Filming with small children and allowing room for improvisation seems like an inherently nerve-wracking proposition. How did you go about child casting, and how much time did you allow for rehearsal? Were there any lessons you took from your experience working with children on How Heavy This Hammer?

Radwanski: I know it’s typically considered nerve-wracking but it’s something I always gravitate to. I find children a huge asset. They are always present and in the moment. The film is a mixture of working with child actors and actual children filmed in a more documentary -like setting at a functioning daycare. To rehearse her role Deragh worked at a daycare. It evolved into us getting parents to sign release forms at this daycare so we could follow Deragh inside classrooms and improvise interactions. We would just tell the kids that Deragh is the new teacher. The butterfly scene that opens the film is a good example of one of these improvised moments. With the child actors we set up a schedule almost like an acting camp, where we would work with them for a few hours every Saturday. There was also a lot of improvisation in these scenes too. All of the shark dialogue was found by collaborating with Oliver [one of the daycare children]. He is just as enthusiastic about sharks in real life.

Filmmaker: There is a recurring interest in your features on mental fragility. Do you do medical research when screenwriting, primarily rely on personal experience, or is it a mix?

Radwanski: Most of the core of the film is based on personal experience, but I did a lot of medical research when screenwriting. I read many memoirs of survivors of mental health diagnoses and institutions when writing the screenplay. Initially, there was a lot more backstory to the film that we cut out, but it was useful for Deragh and I when were conceptualizing the character. We also felt it was important to have constant guidance throughout the process and approached mental health practitioners who acted as consultants through out the process. Their feedback helped reinforce a lot of my own views—that less is always more, that the film is more useful if it is not too prescriptive.

Filmmaker: The wedding sequence seems like it’s got the largest number of people in one space at one time that you’ve worked with (although the camera placement makes it impossible to see how many there are, or aren’t, there at one time as a whole). How did you approach the shoot? Was it all done in one day?

RadwanskI: That is one of the sequences where we were most resourceful. It was shot over multiple days in multiple locations. There were a lot of extras but also just a lot of friends filling out the background and helping us out.  The shallow depth of field and camera placement is normally an advantage for these moments. When we were shooting Anne giving her speech, it felt like a shame to not see the audience. I didn’t want to cut to wide or an insert, so it inspired us to have Anne turn her back to the audience. I loved the tension of having Anne turn her back on this scene we had orchestrated.

Filmmaker: This is fraught territory, but: this is your first time making a film that involved Telefilm Canada. Not only that, but you cast Matt Johnson, who went from being extremely publicly critical of their financing choices to working with them on microbudget funding. How was that experience?

Radwanski: It should always be a debate and that’s a good thing. The landscape of Canadian cinema will continue to evolve and there need to be checks and balances. A few years ago, Matt was amazing at getting this national funding conversation going again after things had stagnated. He and his producing partner Matt Miller have put so much work into helping shape and rewrite policy. I had a good experience working with Telefilm. They got the film right away and gave me some really thoughtful notes. I hope to involve Telefilm more in the future projects. I know my process seems unconventional at times. However, I hope my track record after three features shows that I am reliable. I think that endurance is my main ability as a filmmaker. It’s like long distance running and I think I’ve proven that I’ll always finish the race.