“I am Interested in Multiple Uses of Power and the Different Forms of Violence and Abuse That Take Place in Close Relationships”: Five Questions for Disco Director Jorunn Myklebust Syversen 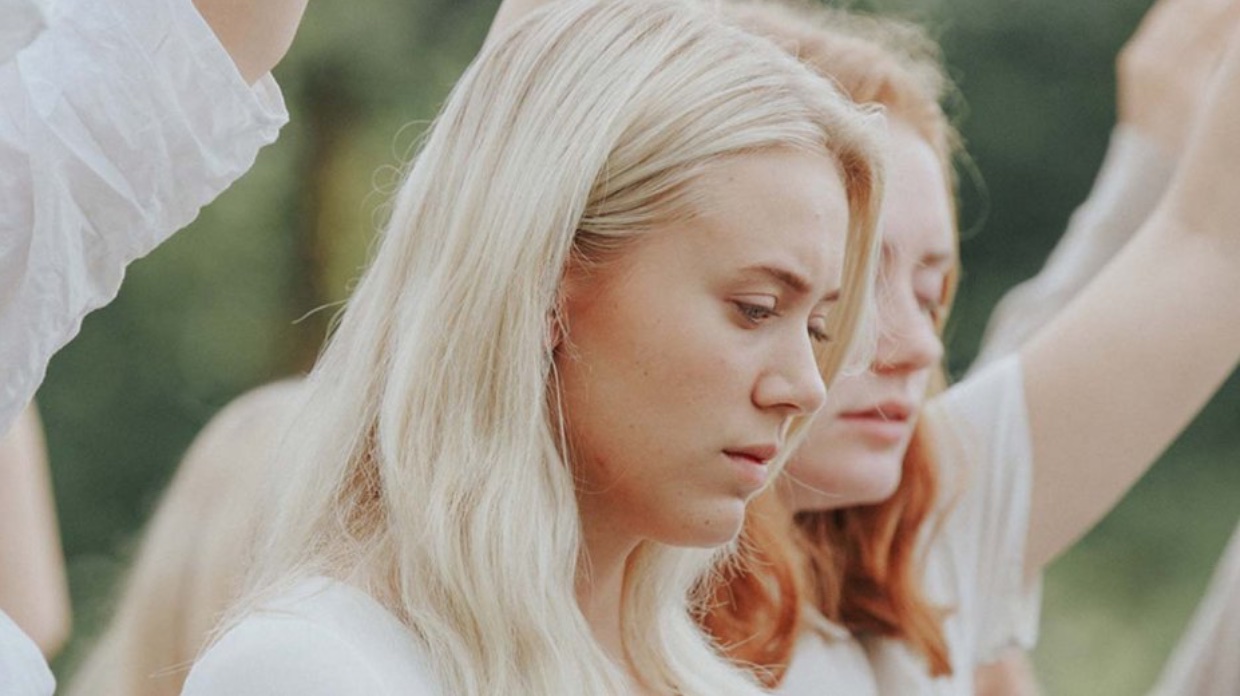 Religious extremism and its cult-like symptoms are of intense interest to filmmaker Jorunn Myklebust Syversen, her two feature films, Hoggeren (The Three Feller) and Disco offering ample evidence of this. The two films portray cultural manipulation from the top down, with the hierarchies of religious institutions providing the confinements for their leading characters. Premiering at this year’s Toronto International Film Festival, Disco links professional shortcomings to a lack of belief in the holy spirit.

Disco tells the story of 19-year-old Mirjam, a world champion freestyle disco dancer whose stepfather serves as pastor of the local church, Freedom. Once Mirjam’s success in the field of disco dance begins to crumble, her family attributes her failings to a personal decrease in faith. Feeling unheard and unseen, Mirjam seeks support from other, less narrowminded outlets and chooses to run away.

A video artist and photographer (as well as filmmaker), Syversen has assembled an ace team for Disco both in front of the camera (lead by Josefine Frida Pettersen) and behind it (her composer is the appropriately named Thom Hell). As mentioned below, Syversen’s film intentionally doesn’t gift answers to the viewer, asking instead for them to question the predicaments we find ourselves trapped in by those we hold closest.

Filmmaker: How did your first feature, Hoggeren (The Three Feller), segue to the production of Disco? In what ways is one film crucial to the understanding of the other?

Syversen: In each of my films, I am interested in multiple uses of power and the different forms of violence and abuse that take place in close relationships (by way of culture or society). I want to show the mechanisms, small and large, that govern relations between people where there exists an imbalance of power, and how people who are traumatized often aren’t seen or receive the right kind of help. An example from Disco is how Mirjam is only offered faith in God as a solution to her problems; no one asks her what she needs. In Hoggeren (The Three Feller), Anders is isolated by his environment and by his relatives in the same way, as they tell him what to do rather than ask what he needs.

Filmmaker: What attracts you to stories about religious cults?

Syversen: Throughout my work, I have been interested in human relations, closed communities, and the dynamics between the two. Religious cults grow in strength because of our basic need for human connection, rituals, and our need to feel coherence in our existence. The misuse of these human needs is, I think, the ultimate example of power imbalance.

Filmmaker: Is it possible to tell a story about a religious cult without being a subjective narrator?

Syversen: In many ways, it’s impossible to be an objective narrator while telling any story. Our own personal experiences color the way we perceive the world. As a filmmaker, it’s still essential for me to try and show an environment as authentically as possible, but the things I choose to show are, of course, my interpretation of the dynamics of these environments. It’s important for me to not give the audience answers, but there are certainly specific things I hope the audience will question or discuss.

Filmmaker: How would you describe your relationship with your producing partner Maria Ekerhovd? How has she helped get your vision to the screen?

Syversen: Maria has been an essential supporter of mine and a mentor to me. Before I met her, I had been working as a video artist and had produced my own short films. That was really hard and I was doing too many things and wasn’t good at. My collaboration with Maria (and all the skilled film professionals I’ve met because of her) has made it possible to work with much more focus. She challenges me in the right ways and I’ve learned so much about scriptwriting and filmmaking from her. I deeply respect her integrity, cleverness, and vision for producing and distributing artistic feature films worldwide. We very well together and I think we inspire each other.

Filmmaker: How did you work with Josefine Frida (and what kind of discussions did you have) about grounding the material in a sense of realism rather than hysterics?

Syversen: Josefine is a brilliant actor with a strong and unique presence in her role. We immediately had an easy chemistry and we got to know each other really well. I always strive for authentic portrayals for each of the environments and people I make films about. If I do it that way, I can hopefully something interesting about a kind of hysteric environment.