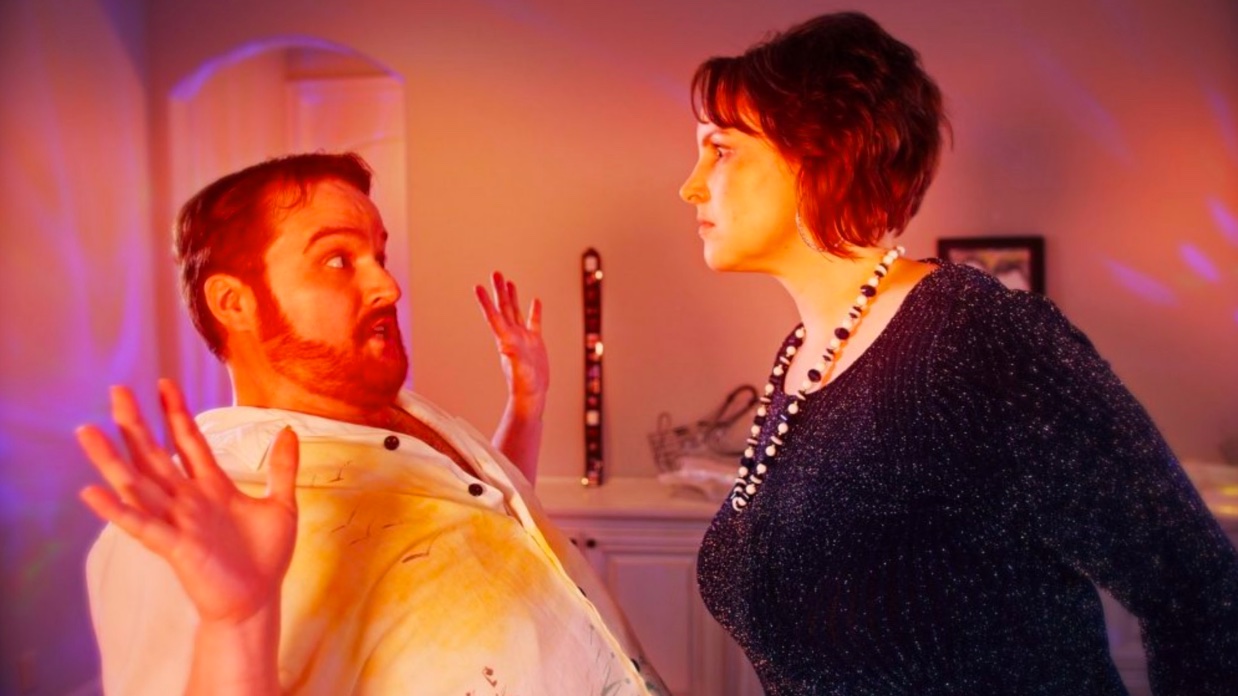 After Hurricane Katrina turned New Orleans into a wasteland, visiting film and television productions looked further north for their Louisiana gothic vibes. Over the years, the riverfront city of Shreveport, with a population of some 260,000 (including the adjacent Bossier City), has been a popular location, the backdrop for supernatural thrillers (The Mist, the series Salem), multiple actioners (Shark Night 3D, The Mechanic), comedies (Super, I Love You Phillip Morris) and everything Nic Cage (Drive Angry, Trespass, Season of the Witch). There’s been a lot less such activity in recent years, as the Crescent City got back on its feet and legislators reduced the state’s budget for tax credits. But Shreveport carries on as a filmmaking hive, thanks to a unique, civic-boosted film festival that has put the city on the international radar.

“It’s like the movie The Music Man,” Gregory Kallenberg tells me, describing the enthusiasm, the one-for-all/all-for-one esprit des corps, of Shreveport’s movie-mad citizens. The former journalist and documentarian may be the city’s #1 fan, the kind of indefatigable advocate who can seemingly compel dreams into being through the sheer force of his personality and willingness to forgo sleep. Those things, and generous public and private support, have made the annual Prize Fest, which Kallenberg founded eight years ago, an increasingly vital showcase for independent filmmakers who flock to the city each year to compete for a $50,000 top prize.

Out of more than 100 short films submitted, 20 make the finals, which this year were viewed in two programs screened several times at multiple venues over a long weekend that also included a music competition, a fashion competition and a food competition, capped with a live, Iron Chef-style public showdown. Also: stand-up comedy. More than 5,000 people attended, and screenings were packed. Because audience ballots are 50% of the decision, film teams lobby aggressively for votes. Cast and crews appear in costume or promotional T-shirts, command outdoor booths, dole out swag and generally pop up anywhere, anytime and anyplace to talk up their baby.

The catch is, the films all have to be shot in or around Shreveport. That keeps many of the thousand-plus local residents who work or volunteer in some capacity on the productions busy for months. “Part of their entertainment is to go to a Prize Fest shoot and work PA, hold lights, work the boom,” Kallenberg says. “Their life, starting in January, runs on the ability to go out and do PrizeFest films.”

Rachel Emerson, who wrote, directed, produced, edited and acted in the offbeat romantic short Maven to Mars, has a soft spot for Shreveport. “People want to make things, and they want to be involved, and it’s very lovely to see people just enjoy the art,” says the Los Angeles-based performer, who brought only her DP and her co-star in from California, relying otherwise on local talent to make her film. (She won a $1,000 award for best actress and a $3,000 Founder’s Grant towards her next PrizeFest effort). “It made me appreciate it again.”

As one of the jurors at this year’s fest, which wrapped October 6 in downtown Shreveport, I watched comedies, musicals, supernatural thrillers, a pair of mostly wordless movement-driven narratives, a historical piece, a romantic drama, and a proof-of-concept intro to a potential Young Adult science-fiction series, plus a few more shorts that fell between the cracks. Predictably, a lot of the filmmakers ventured in from Los Angeles, or neighboring Texas — where both Dallas and Austin are thriving production hubs — but there also was a team that flew from Australia, and strong hometown representation. For the first time since the fest began, the winner of the $50,000 Louisiana Film Prize was from Shreveport: James Palmer, who wrote, directed and sang his heart out in Anniversary, a clever, nimble, crowd-pleasing mini-musical about a couple’s tug-of-war over conflicting ideas about marriage. Palmer’s emotional acceptance speech paid tribute to the power of community, and also expressed gratitude for the prize check. Now, he could finally afford to go see the dentist about a bad tooth.

Of course, Palmer might wind up recruiting his dentist for the next production. Says Kallenberg, “My kid’s orthodontist went out and gaffed” on fest contender R.I.P., a tennis-themed comedy whose crew included a Game of Thrones alumnus on camera. And, as it turns out, in Shreveport, your hairdresser might be the next Spielberg. Camille Schmoutz, who was back for her second year in competition with the film St. Esther Day, holds a cosmetology license and works in a beauty salon by day. She also has a master’s degree in creative writing from Goddard College in Port Townsend, Wash. and took advantage of a $3,000 Founder’s Grant she won at last year’s Prize Fest to make her new film, an Upstairs/Downstairs-ish story about female allyship across class lines. Shmoutz had the good fortune of using a 1902 manse whose owner plays the film’s antagonistic matriarch. “Local people across the board have been that generous with us,” says Schmoutz, who shot Shreveport as though it was a tony precinct of early 1900s San Francisco. Her trick? “You avoid the pine trees as much as possible.”

Australian writer-director Robert Linsley was able to be much less discriminate with Nowhere Arkansas, which was filmed out in a local forest. The saga of a haunted Confederate soldier dovetails with Native American myth in a suspenseful parable. “There’s a magic to it, a mystique,” says Linsley of the northern Louisianian landscape, which parallels Australia’s sprawling Outback. “I wanted an opportunity to do a film in the Deep South. I love those famous Southern stories that are also set in nature, like Huck Finn. I was really influenced by Beasts of the Southern Wild, Mud, True Detective.” Linsley’s well-crafted short also won a Founder’s Prize, which means he’ll be back to tell another Southern tale next year.

Although she now resides near London, England, with her husband, who is stationed there with the U.S. military, Hattie Haggard Gobble got to know Shreveport during the brief time that the Dallas native called it home. Her dance film Black Pajamas takes advantage of the ballroom inside the city’s Municipal Auditorium, once host of the fabled Louisiana Hayride. Gobble had never made a film before, but she was trained in choreography and cast members of her old Dallas dance troupe in her playful and mysterious piece. The film’s bold design she attributes to cinematographer Orlando Agawin, who also is a dancer. “Being able to speak the same language was helpful,” Gobble says. “He had such a game plan that made sense with the dance.”

The fledgling filmmaker also picked up one of the six Founder’s Grants along with a VFX Title Award sponsored by Shreveport’s Digital Media Institute. She sounded ready to plot her next Prize Fest trip “I thought this would be a cool way to jump in,” she says. “Now I’ve really got the bug to want to do more.”