“Something with Your Therapist”: Noah Baumbach on Marriage Story 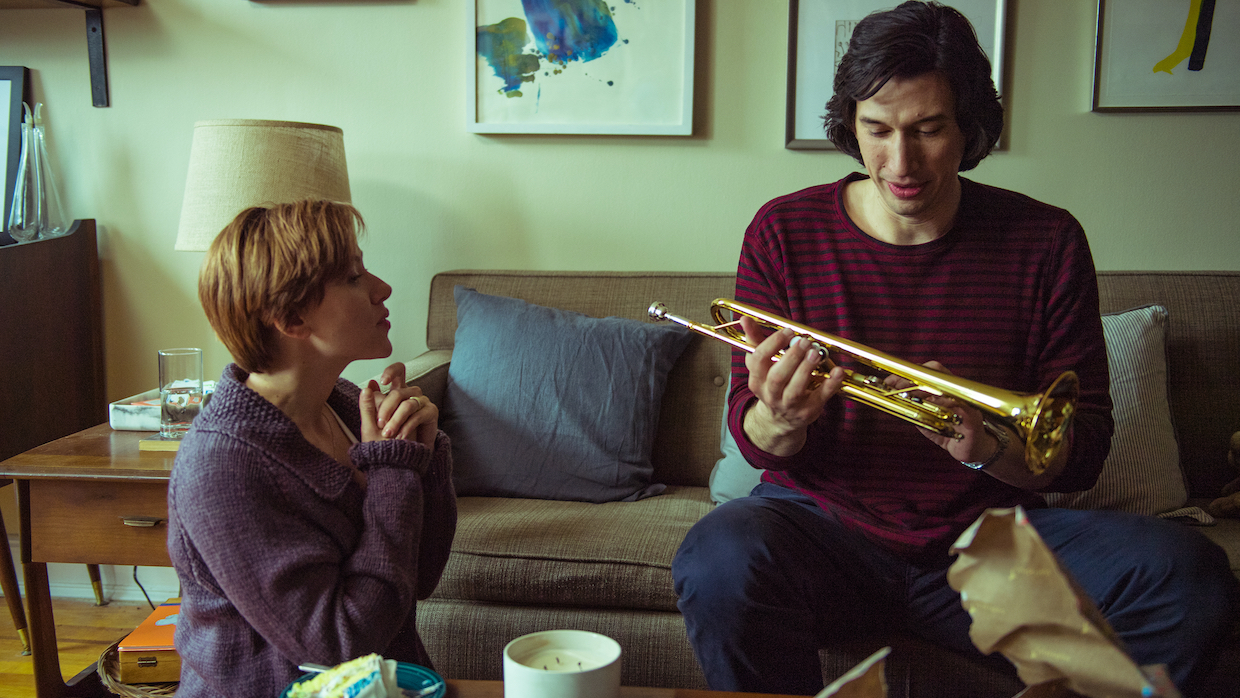 Marriage Story depicts the love two people can find in separation. It is not a rekindling, it is stepping back to respect the boundaries you crossed in your strangling embrace. The original love hardens. It dies and returns as something like an actual reverence. At this distance, you might actually be able to see each other again. If the separating lovers in question, Charlie (Adam Driver) and Nicole (Scarlett Johansson), can learn to walk away from each other with nothing more than that knowing glance—“I accept that we will not be together. It is sad, but you are great. I respect you and the boundaries of your personal desires and interests”—they will have found their happy ending.

Noah Baumbach frames the hardening hearts of Marriage Story’s divorce in melodrama. The camera isn’t afraid to get close after starting wide. Randy Newman’s score, which draws from Georges Delerue but can only hope to evoke Newman’s Pixar lilt, isn’t afraid to needle drop at the first sign of a tear. That Charlie and Nicole are both performers might justify its earnest aesthetic, or at least leave room for adjacent Sondheim numbers. Baumbach, a thinker of precision and detail, would not answer my broader and more obfuscated questions. I don’t blame him.

Filmmaker: There’s a life to the great handheld camera work in the opening montage that dies as soon as we cut to the present. The camera goes static, farther away, and always on the rails for a move. I expected it might return to handheld later to play on the way it was presented, but it doesn’t that version of their relationship is done and gone. Why didn’t you come back to handheld?

Baumbach: The reason my DP, Robbie Ryan, and I chose to do the opening montages in handheld is that we felt it would give a sort of intimacy and immediacy to those moments for the very reason that, just as you say, we’re going to learn quite quickly that what felt so present, intimate, and immediate is now past tense. Or, as we learn, something that’s been internalized. These letters they wrote for each other, it’s not even something that was spoken. It’s also because we knew that the movie, going forward, was going to be this journey through transitional spaces by design.

They are kind of impersonal by nature. The offices, the courtroom, even the rehearsal spaces that we see: It’s all spaces between other places. The opening is also representing a notion of home. That concept will redefine itself as the movie goes forward. A decision like that is initially intuitive: “Hey, how about handheld?” Then afterwards, when we looked at the whole design of the movie, it felt like an exciting choice.

Filmmaker: So, it wasn’t a conscious choice not to shoot handheld for the rest of the film? There wasn’t a scene you almost considered it?

Baumbach: Clearly. [laughs] No, but again, until you just said it now, I had never thought of that.

Filmmaker: Your blocking is very precise. Is there room for spontaneity? Do you throw things into the mix to surprise your actors? Schatzberg’s talked about improving surprises for his actors to respond to.

Baumbach: I find that creating a framework and structure is the opposite of limiting. It’s actually designed to free them up. It’s not dissimilar to blocking out an action sequence. The satisfaction of experiencing a great action sequence is not that it feels studied, it feels alive and immediate as if it’s happening in front of you. To give the actors more freedom is to give them structure.

That said, different things work for different directors. I think Scarecrow is great. [laughs] If that worked for Jerry Schatzberg, which clearly it did, more power to him.

Filmmaker: You said this is the first film that sort of left you and took on a life of its own. Was it just the caliber of the actors that did that?

Baumbach: I wouldn’t say it was the first film that took on its own life. The actors brought a very personal part of themselves to their parts. At times it required distance as a director, which I find I can generally keep. I found that blur and felt myself very drawn into what they were doing, and I needed to be aware of that. It was almost like some kind of countertransference, or something with your therapist. [laughs] I had to acknowledge what was happening and be aware of it so that I could do my job and be as helpful to them.

What they were doing was so intimate and came so much from them that, at times, I felt I was watching their movies. I also allowed myself to get very excited by that, but I had to be aware of it so that I could do my job.

Filmmaker: You also said you have to invent, you can’t make something that draws from your life verbatim. Why doesn’t that work?

Baumbach: I think that came from my being asked “When do I start writing,” or “What is my writing process?” I start when it’s imaginary. I mean, I might take notes from real life. There are things that I observe, things that have happened to me, or that my friends have gone through, or things I read in the paper, whatever it is. If they feel like the stuff of movies often they’ll get put in the notebook. It’s when those things start to fictionalize that they start to become a story.

Filmmaker: There’s that scene near the beginning where Nicole begins to cry when she leaves Charlie’s sight and Randy Newman’s score needle drops. It’s pushing the emotions. How do you do that right?

Baumbach: Something Randy and I listened to and talked about a lot was Georges Delerue, particularly his work with Truffaut. It’s not just with Truffaut, Godard also does it in Contempt. It’s almost like the score just appears, as if it just comes out of the movie. It’s like a character making an entrance in the movie, as opposed to being layered in and underscored in a way that maybe we’re used to, certainly in many American movies.

The idea appealed to Randy. In a sense, the movie is having its own reaction to what she’s going through. I felt what Randy wrote was so compassionate and sad, but not sadness on top of sadness. It’s compassionate and emotional. The movie is there, in some ways, to honor her. She’s having a very hard time and in a lot of pain, and the movie is reacting to that. Randy has a great engineer named David Boucher who researched how the Delerue music was recorded in the ’60s and ’70s, and even the kinds of rooms they were in. We modeled the recording on that.

Filmmaker: I read that you took a break from the editing and sat with it before jumping back in. What’d you learn coming back after some distance?

Baumbach: It was not so much that we took time away. I do like taking a lot of time—partly, of course, because I love editing. But Jen Lame, who edits with me, she’s very much a part of the process while we’re shooting. I’ll confer with her throughout, so that when we’re sitting down with each other it’s not like we’re talking about this stuff for the first time. We’ve been in it together for the whole shoot. But we start at the beginning, cut through the movie and revise as we go, so that by the time we get to the end it takes longer for me to get a first cut because we don’t rough it together. We cut it finely as we go.

Usually by the time I’ve gotten to the end of [the first cut] the movie is not so far from what it’s going to end up being. But that takes a while, and I like that it takes a while. I do like to take time with it. It is musical in a way, and the editing of every scene affects every scene before and after it, so the further you get into it the more you see other things.

Filmmaker: Have you read anything of actual value in the conversations that surround your films? Maybe a review or a criticism that spoke to you, that you took into consideration going forward? It can all feel so separate sometimes.

Baumbach: I tend not to read anything. I’m sure there are things to learn from it. My experience is with the work: making the work, putting the work out there, my collaborators, my friends and people that I show things to. I do the best that I can, then I put it out into the world and can’t control the rest of it. I leave it at that.