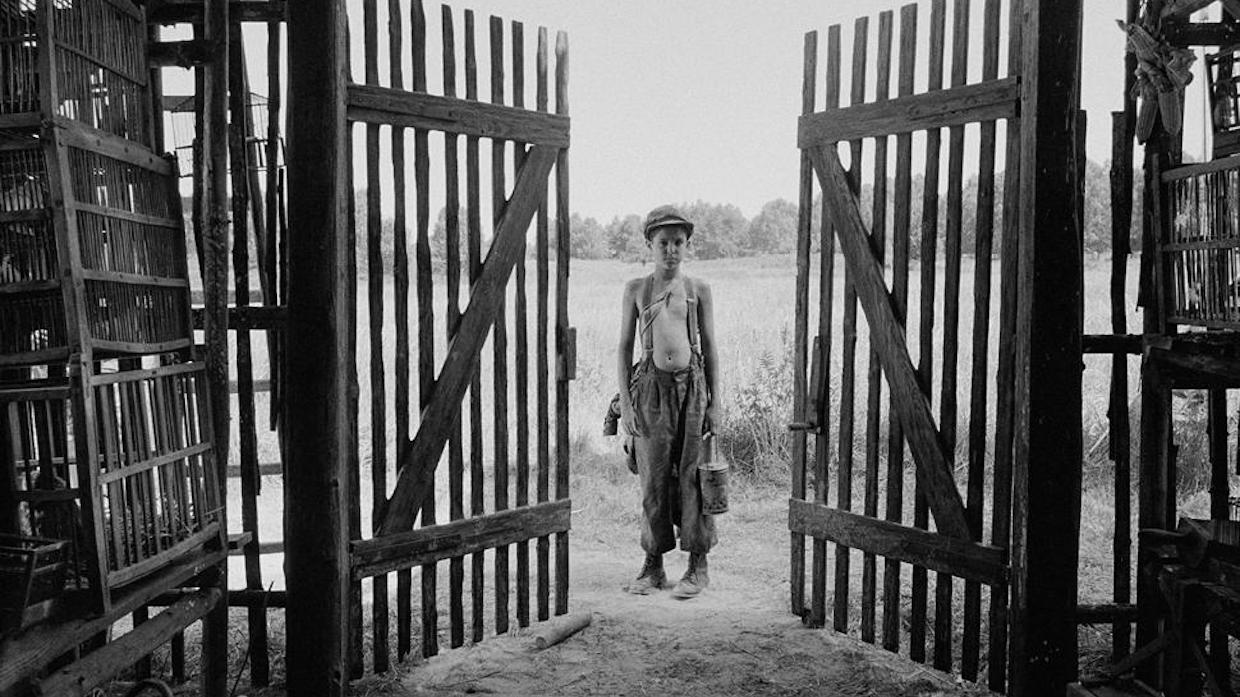 Petr Kotlar in The Painted Bird

This was the year Cameraimage brought it all back home. The much-vaunted Polish cinematography festival, which launched in 1993 in Toruń—a UNESCO World Heritage site whose history dates back to the 8th century—returned to its native soil after two decades away (first in Łódź, the industrial locus so close to David Lynch’s heart and host to the national film school, and for the last nine years in Bydgoszcz).

The homecoming inspired a comical short starring two of the festival’s best-loved regulars on a mission to “save” Cameraimage, with the wiry and wild-haired Chris Doyle wheeling Ed Lachman, signature fedora firmly atop his head, through the streets of Bydgoszcz at the end of the 2018 edition. The chaotic, 10-minute caper was the kind of buddy movie you’d hope to see at a festival devoted to all things cinematographic, and a teaser for two-something hours of unfiltered discourse, as the pair headlined a conversation around the theme of “solitude” that most often saw Doyle flying off the rails in passionate and unpredictable fashion. (And if you happened to miss ‘em this go-round, both gentlemen were pervasive throughout the festival). The SRO audience was nestled inside one of the larger screening rooms at a cineplex adjacent to the festival center—an imposing concrete abstraction known as CKK Jordanki, a 2015 site designed by the Spanish architect Fernando Menis as a sprawling, sponge-like organism that felt like an underground extraterrestrial city from a 1960s Star Trek episode.

The presence of so many leading DPs—Rodrigo Prieto! Robert Richardson! Caleb Deschanel! Dick Pope!—and their aspiring acolytes did lend an otherworldly vibe. At what other film festival do post-screening Q&As veer immediately into the deep end of lens and format minutiae, or a wrong turn lead to a sudden immersion in a mini-trade show crammed with gleaming, state-of-the-art movie camera gear? There was plenty of occasion to take in a roster of notable awards season releases, complete with the big-name guests, but more unique pleasures awaited at various cinematographer talks and taking a spin on the roulette wheel of auteur statement cinema, whether American obscurities or European Oscar-contenders.

John Bailey, until August the president of the Academy of Motion Picture Arts and Sciences, received the festival’s 2019 Lifetime Achievement Award, and fielded questions throughout a retrospective that included some of his most-prominent titles, including American Gigolo, In the Line of Fire and Ordinary People. (Danny DeVito, Polish director Lech Majewski, Peter Greenaway, Polish actress Ewa Dałkowska and Polish documentarian Helena Třeštíková were likewise feted with career flashbacks). Yet, Bailey also treated audiences to a complete obscurity, fetched out of the shadows of his 50-odd year career, as he introduced what he said was the first public screening of his 1996 directorial debut, Mariette in Ecstasy. The drama was adapted from Ron Hansen’s 1991 novel about an obsessively devout Catholic girl (Geraldine O’Rawe) and the unusual events that transpire in the cloister once she joins the sisters in an upstate New York religious order, circa 1906. Bailey’s personal art project, which goes “full nun,” surely merits inclusion in anyone’s retrospective of convent classics, with its strange saga of a would-be Bride of Christ bringing disorder to the order when she suddenly begins to display blood-oozing stigmata. The supporting cast (Eva Marie Saint, Rutger Hauer, John Mahoney, Mary McDonnell) grounds the sacred mysteries in earthly skepticism, but dramatic nuance was somewhat suffocated by a corny narration imposed by the studio, which makes the film feel more old-fashioned than it needs to be. Shelved all these years, Mariette was a minor miracle in the festival context, and can easily be imagined enjoying a new life in rotation on TCM—sans narration, of course.

National legend Majewski, who has distinguished himself as both a visionary filmmaker and a force in the grand, idiosyncratic tradition of Polish poster design, as well as painting and theater, did not arrive only to rest on his retrospective laurels. He had a new movie, as vivid in its imagining as any of his works, if not as infinitely detailed as The Mill and the Cross, the 2011 art-historical drama that recreates Pieter Bruegel the Elder’s The Procession to Calvary as a tableaux vivant with Hauer at the easel. The Valley of the Gods takes its title from the majestic Utah sandstone valley not far from John Ford’s beloved Monument Valley, sacred terrain to the Navajo who believe that the giant rock juttings are gods locked inside the stone. Into this mythic landscape arrives Josh Hartnett as a writer in search of a destiny, one that pivots with the film between ruminations of Navajo lore and the fantastical ambitions of a grandiose gajillionaire—John Malkovich, going full Malkovich in the most Malkovichian of roles—who has sought him to write a biography. Which is, of course, a trap door into a brain-melting labyrinth of crazy. (It’s also worth mentioning that Malkovich plays a dual role as a street bum, because there can never be enough Malkovich). I’m not sure how much Majewski wants to suggest any Trumpian analogies, as a 2017 executive order excluded the site from the footprint of Bears Ears National Monument, but nonetheless the Bluebeard-by-way-of-Bond-villain-inspired character is a corporate despoiler at odds with the Navajo. Such social relevance aside, the film swirls in a trippy haze of stilted dialogue, CGI spectacle and desert mysticism, setting up a bonkers finale that points to a warm embrace on the fantastic cinema circuit.

Mankind’s aggravated cruelty takes on similarly epic proportions in The Painted Bird, but there’s scarce refuge or relief for the perpetually abused child whose harrowing trek across Eastern Europe during World War II maps one atrocity atop another. The movie is adapted by Czech director Václav Marhoul from Jerzy Kosiński’s 1965 Holocaust novel, which made the author’s reputation and years later unmade it amid allegations that its child’s-eye account was not so much autobiographical as claimed and plagiarized from other sources. Nonetheless, the book was a ubiquitous selection in high school libraries and on college campuses at least through the 1970s (if my own memory serves), and gave American children of the Vietnam era a historical window onto the horrors of ideological genocide, illustrated in an innocent’s solitary odyssey through an apocalypse both existential and visceral. The film version, which has been shortlisted in the Academy Awards’ foreign-language category, provides a stately, coffee-table book display, photographed in immaculate black-and-white by Vladamir Smutny, of acts not only unspeakable but of the once-seen-can-never-be-unseen variety that give shock value to films on the exploitation-to-art arc from say, A Serbian Film to Salò – and has accounts of various festival walkouts to prove it. Young actor Petr Kotlar gives a wide-eyed performance as the unnamed boy, whose luck and survival instincts help him outlast the gallery of grotesques who torture, rape and beat him (the supporting cast includes Harvey Keitel, Udo Kier, Julian Sands, Stellan Skarsgard and Barry Pepper). One character who shows him a sort of kindness is a Soviet officer, played Alexey Kravchenko, famous for a similar role in Elem Klimov’s Russian war classic Come and See (now restored and due for a New York theatrical run starting Feb. 21). The stunt casting is a knowing nod to cinephiles, although it also signals the obvious example of the 1985 masterpiece, whose shellshocked immediacy drags the viewer into the muck and blood with a sometimes unbearable force. For all its considerable artistry, or more likely because of it, The Painted Bird keeps the horror confined within the frame.