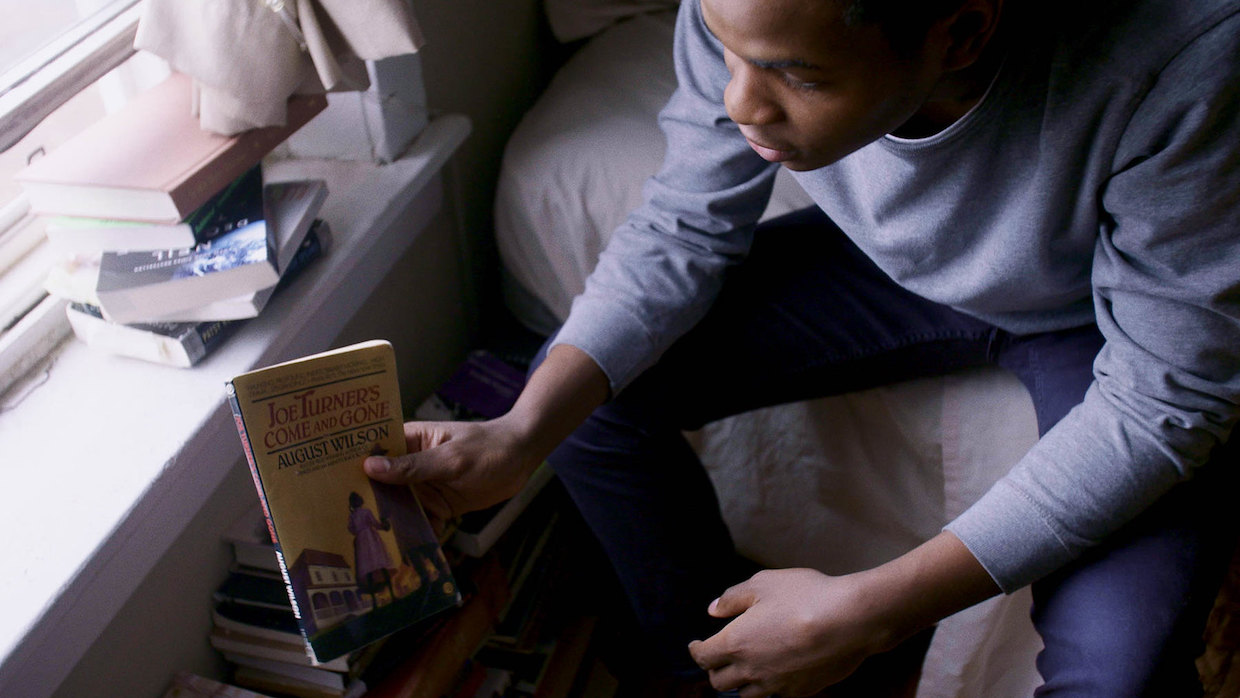 A still from Giving Voice by James D. Stern and Fernando Villena (courtesy of Sundance Institute)

The object that stands out the most for me is a sign that one of our students featured in the documentary, Freedom Martin, had taped up on his wall. It’s a handwritten sign that says: “Fearless, Revolutionary, Optimism.” Freedom goes on to explain that it’s a quote from Stephen McKinley Henderson’s Juilliard commencement speech, where he said: “For young artists to make it, they need to have fearless, revolutionary, optimism.” First of all, I love that Freedom is watching Juilliard commencement speeches online. That speaks volumes. But he’s also taping up the quotes on his wall so he can be inspired daily of what it takes to be an artist. That’s next level.