“The Art Department Came Up to Me and Said ‘We’re Running Low on Ice Cream, Your Grandfather Is Eating It Too Fast'”: Michael Covino | The Climb 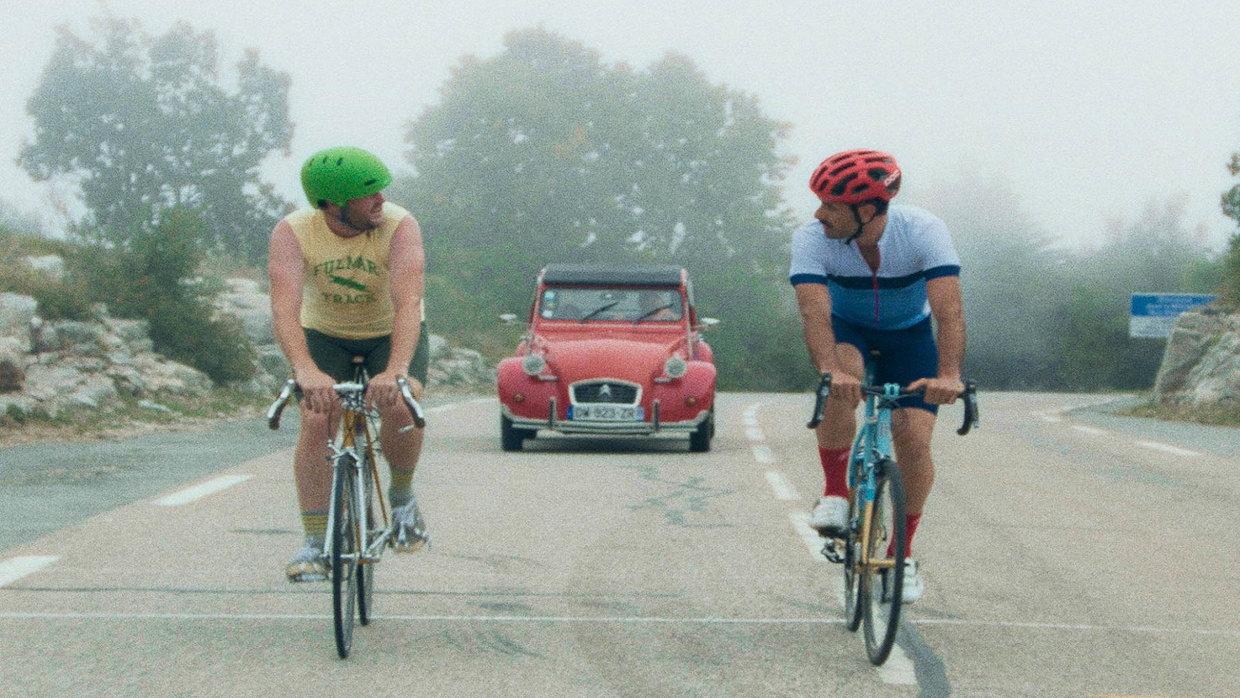 We decided to begin a scene with a shot of two old men sitting on a bench eating ice cream cones. One of them was my 90 year old grandfather, who took one screenwriting course in the 1940s, which he felt entitled him to give me lots of notes, sometimes in the middle of a take. For hours we worked at getting this six minute, technically complex single shot, while my grandfather worked at cracking jokes and getting the crew to laugh. He was unrelenting in his seemingly innocent attempts to sabotage our film. All we asked him to do was eat an ice cream cone and not look into the lens. He was fantastic at eating the ice cream and terrible at avoiding the lens. Around the tenth take the art department came up to me and said: “We’re running low on ice cream, your grandfather is eating it too fast,” to which my mom began to panic because according to her: “He can’t eat that much sugar!” So the art department began taking the ice cream away from him as the camera moved off of him, which probably saved his life but really upset him. Despite his thumbs ups in the middle of takes, to show his approval of my performance, and his constant laughter throughout, we got a take that worked, and the shot of my grandfather eating ice cream has slowly become my favorite. In watching him crack jokes and entertain our crew against my constant disapproval, I realized just how much my sense of humor has come to mirror his. It’s as though the foundation of my comedy was born in listening to this old Irishman from the Bronx tell his jokes, limericks and stories, over the years, and I can’t help but feel grateful.