“The Objects of a Time Passed”: Michael Dweck and Gregory Kershaw | The Truffle Hunters 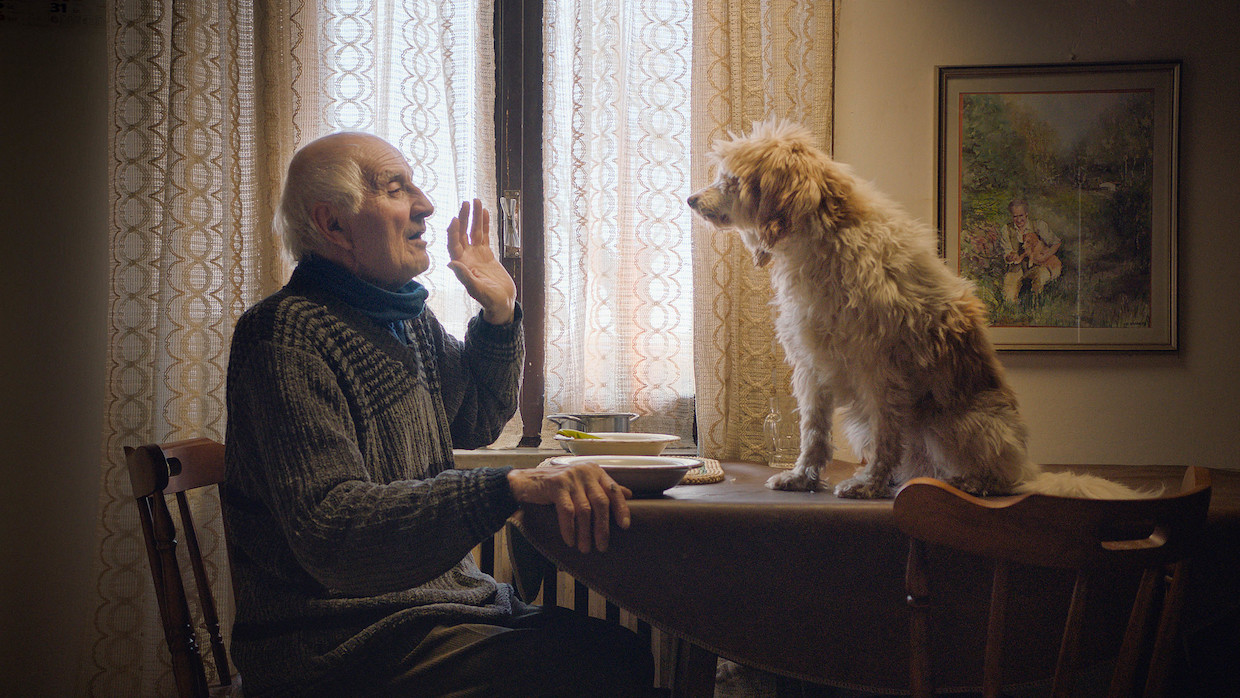 Our film is about a group of mirthful old truffle hunters who live in the forests of Northern Italy.  The time spent in their world felt like moving through a fairytale storybook where every object had a past and every cobblestone street and wooded path holds a secret waiting to be discovered. Their homes are constructed from age-old techniques that have kept them standing for hundreds of years. Their lives are filled with handmade objects that seem to be from another era. The forests that they grew up in are still a part of their daily lives. The layers of history that their world was built on created a feeling of mystery and magic, and it was this feeling that inspired our approach to filming.

For us, this meant creating a film that showed the world as it could be, a real-life fairytale. Each day was the opportunity to film a new page of the storybook. To capture this feeling, we chose to build the film as a series of single-shot uncut scenes with mostly static frames. We spent very little time with the camera rolling; on most days, we would shoot only one scene in a single uninterrupted take. Instead, our days were spent engaged in the truffle hunters’ lives, observing their routines, their relationships, the way they lived, and the objects they surrounded themselves with and, most importantly, building relationships with them.

That knowledge guided where we put the camera, who and what we included in the frame, and how we shaped the light. We built deep focus into our scenes to allow the opportunity to study the objects, materials, and textures that define our characters’ existence. Each of the 106 compositions in the film is a study in stillness, created to reveal the poetry in the small details of human behavior and a way of life that remains comfortably hidden from the trappings of modernity. These deliberate choices in how we constructed the film were made to capture the intangible feeling of a life lived with nature and the objects of a time passed.

By presenting each moment in uncut continuity, we ask our viewers to participate in the discovery of the story, and perhaps experience something beyond information, language, and the mechanics of narrative, to feel the humanity in our characters and revel in the fleeting moments of beauty that fill everyday life. By combining the monumental stillness of each frame with the movement of life and rhythm of editing, we sought to construct a film that flowed like a stream of paintings to tell a story that is felt more than understood. With this in mind, we set out to make a film that would express something deeper than facts, and translate the feeling of this place, its mystery and magic into a cinematic experience.