Sundance 2020 Dispatch 4: Summertime and This is Not a Burial, It’s a Resurrection 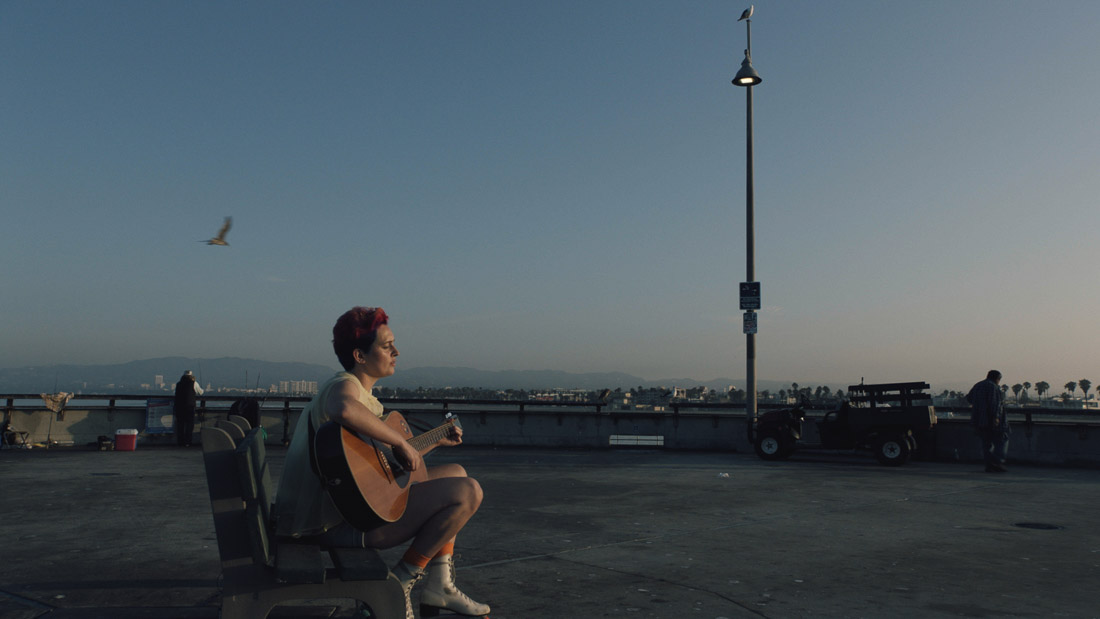 Carlos López Estrada, Impact Partners, Lemohang Jeremiah Mosese, Summertime, Sundance Film Festival 2020, This is Not a Burial It's a Resurrection

Leaving Art House Convergence, I met up with some good folks from New Orleans (where I lived for three years), who were generously sharing their condo with me. We all got dropped off at the festival headquarters in Park City on “Day One” of the festival and headed in to pick up passes, though none of us walked away with one on Thursday. Industry passes issued through the Press & Inclusion Office program couldn’t be picked up until Friday, my housemates learned, while I spent my time in the line at the press office. On-site credential applications are subject to a mandatory 24-hour wait time and the press office was already over their allotment, I was sternly warned, so I dutifully submitted my application and settled in to wait for one of the first public screenings of the day.

Strung together by the flimsiest of narratives, Summertime assembles an all-star group of young slam poets over a single day (which appears to be July 4, 2019) as they traverse corners of Los Angeles. Director Carlos López Estrada returns to Sundance after the success of his first feature, Blindspotting, in the US Dramatic competition but his sophomore effort was placed in Sundance’s NEXT section for boundary-pushing and emerging filmmakers. Its experimental doc-fiction hybridity comes from Estrada’s collaboration with the poets, with the script comprised of their poetry and transition moments from character to character. Almost all of the writers play themselves in the film. As an expression of a current trend to co-create films with the communities they depict, Summertime is a rousing success, one that embraces this ethos and expands it to the audience in joyful participation.

Indeed, at this public premiere screening, the loud cheers, claps, and snaps started from the moment the lights went down, when the bumper sequence opened with a land acknowledgement of the Utes. It appears that these videotaped acknowledgements were made with several different Native and Indigenous filmmakers associated with the Sundance Institute, from Bird Runningwater, the director of the Sundance Institute’Indigenous Program to Adam Piron, Sundance programmer. The personalization of Sundance’s land acknowledgement, new this year, sharply contrasts with the scripted, dutiful readings that I’ve encountered at other festivals, where the mostly-white programmers are the ones typically introducing the films and conducting the acknowledgement.

As Summertime is episodic by nature, the atmosphere in the screening mimicked that of a slam performance. As a result, it was one of the more enjoyable screenings I’ve been to in a while. Many scenes ask a lot of the non-professional cast, with various skill levels handling the earnest writing. The standout is Tyris Winter, who plays a teenager who was kicked out of his home when he came out as gay. His comedic timing in (Spoiler alert) finally acquiring the cheeseburger he’s gone on an epic quest for drew a huge, cleansing laugh from me as well as cheers from the audience. Similarly, the film is at its best when its internal movie logic rubs against the reality of the world—in Paolina Acuña-González’s one, scintillating scene, her daydreams manifest on the street, and a pair of rappers named Anewbyss and Rah rise through the stages of an entire career over the course of a day, their fame coming from rapping about their mothers. Most of its characters work in or pass through service industry and working-class spaces, which builds towards a genuine vision of solidarity across races.

On the heels of this energy, it’s unfortunate that the edit hews so close to whatever script exists—the narrative returns to its scaffolding too many times, and the performances are often surprisingly chopped up. The overly repetitious reminders of certain storylines, like Tyrus’ search for cheeseburgers and a recurring graffiti artist who tags walls with “City of Jason” (his own name), strained in stringing together narrative continuity. The transitions in the film are often comprised of documentary footage, shot by Sean Wang, which are as polished as the kinetic performance sequences, but serve purely as backdrop. This reduction of the richness of the street vendors, subway cars, and outdoor public spaces to signifiers represents, to me, what is frustrating about nonfiction work in the US. Still, walking out of the screening, it was difficult to deny feeling that the kids will be alright, and that the future looks bright.

Friday morning, I went back to the press office to pick up credentials, which placed me in the waitlist lines for both public and press & industry screenings. After gunning after buzz titles all day, I only made it into one screening on Friday, of This is Not a Burial, It’s a Resurrection. Lemohang Jeremiah Mosese’s second feature is his first fiction film, and I was excited to go to this screening not only because it was a rare international premiere in competition at Sundance but also because I greatly admired Mosese’s previous film, Mother, I Am Suffocating. This Is My Last Film About You, a stridently experimental documentary film in its aesthetics and its politics, which positions the filmmaker as part of a global diaspora searching for the meaning of home. The specificity of place in This is Not a Burial, then, stood out to me, though it shares with Mosese’s previous film an aptitude in rendering narration about the quotidian in achingly poetic terms.

By all accounts, This is Not a Burial is an accomplished film. Every technical aspect is considered, especially with Mosese serving as his own editor, conveying the story of an 80-year-old widow, Mantoa, who fights for the right of her fellow villagers to remain in their homes in the face of a massive eviction. The Academy ratio of the frame is perfectly suited for its elaborate interiors and the choreography of group scenes outdoors. The story advances deliberately, starting with introducing the narrator in a crowded bar, telling the colonialist history of the village and its name of Nasaretha while playing the lesiba, a traditional Lesotho instrument used by shepherds. The tune that he plays is repeated at crucial moments in following story, anchoring the film’s focus on language and how it’s conveyed. Mantoa calls the village together for funerals, starting with the unexpected death of her own son, and it’s her visit to his grave that draws her out of a period of mourning, catalyzing her discovery that the cemetery and the village will be flooded for a dam. At every turn, it’s Mantoa who galvanizes the villagers and inspires them to resist, including a final climactic scene that makes clear the title’s meaning.

According to its funders, this is the first film made in Lesotho in the native language of its local actors. Its warnings against the cult of the modernity are sharp and even humorous—the village’s chief line, “Say the word progress, my tongue rolls backwards” will stick with me for a while. But every scene seemed to obviously tick off important themes—traditional rites versus the church, a woman being accused of sorcery, the value of caregivers, the lure of the city, politicians only claiming to speak for their constituents. The large cast of villagers operate only as a Greek chorus, their sameness buoyed by their numbers and participation in rituals like sheep-shearing contests, funeral rites, and firelit conversations, a stylized touch that didn’t land with me, perhaps a good idea on paper but dull in execution. The presence of familiar plot devices, overdone sound design that features repetitive sounds in crucial scenes, a smattering of experimental visuals in memory-flashbacks, and the Academy ratio all fit the height of current international arthouse tropes, a disappointing aspect of a film that sometimes genuinely surprised.

That evening, after a series of failed waitlist attempts and bursts of furious typing, I arrived for the 9 p.m. Impact Partners Reception at 9:15 p.m., and waited in line outside for 30 minutes before making it indoors. While in line, I chatted with a woman who interned at Impact Partners, a documentary funding body that assembles private investors into a conglomerate and investing body, and she readily explained to me how the line management for this very party has changed over the years. According to her, it’s gone from interns managing the table and processing people through the line to a professional event management company running the queue, which includes an express lane for the investors in Impact Partners. As a result, the line moves slower than ever, though for Sundance it was a balmy evening so it was a relatively pleasant wait. Once in, I was greeted by abundant food, drinks, and familiar faces. At the end of two days facing the negative effects of Sundance’s growing popularity, the professionalization of every possible space was yet another emblem of how important Sundance has been in enabling and promoting the proliferation of labs, development opportunities, and fellowships in independent film.