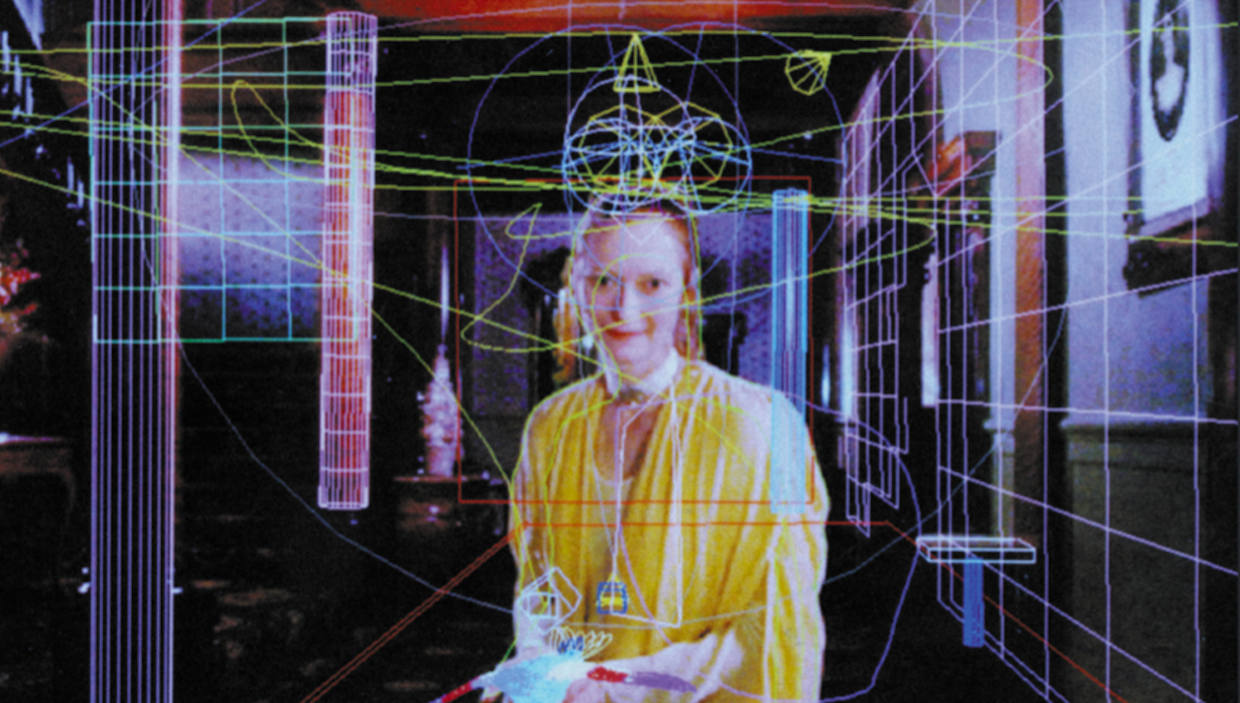 There’s no question that Lynn Hershman Leeson is a prescient artist and filmmaker. Prescience is even a theme in her work, one she grapples with as a double-edged sword. Impossible to measure except in retrospect, it is a lonely quality to have in the present.

After Leeson rocketed to art stardom following a 2014 career retrospective at the ZKM Museum of Contemporary Art in Karlsruhe, Germany, her success was widely praised as “overdue”—another word that culture’s Cassandras are used to hearing. It seems unwise to disentangle her originality and influence from her tenacity and patience. Her 2019 interactive installation “Shadow Stalker,” about predictive policing algorithms, is a high-profile, well-received commission by New York’s The Shed, but Leeson is quick to remind new admirers of those long years in the shadows. At lectures, she will admit to writing criticism of her own early exhibitions, under pseudonyms like “Prudence Juris” and “Herbert Good,” and placing these reviews—not always raves, sometimes critical—in local papers just to build enough of a press profile to stay in the art game. Leeson was a woman making media art in the 1970s and ’80s, at a time when women and media artists were rarely exhibited in the white cubes. Now, there’s an entire generation of technology-obsessed, progressively feminist young people who can take over for Prudence Juris and see the value of Leeson’s interrogations of media, identity and surveillance.

That gap between a pioneering woman’s work and the culture catching up to it is both her story as an artist and the subject of her first narrative feature, Conceiving Ada (1997). The production of Conceiving Ada is another example of Leeson’s doggedness. The film was made with funds she received after winning a European art prize. Leeson always hoped Tilda Swinton would star as Ada Lovelace, but the actress’s agent initially declined. Sometime later, Leeson met a friend of Swinton’s at the Berlin Film Festival, the filmmaker Cynthia Beatt, who put them in touch. Swinton had only five days in her schedule. So, the film was shot in five days. To save time, Leeson created “virtual sets”—“JPGs of bed and breakfast places that looked Victorian”—which she dropped into blue screen backgrounds.

The film begins with Emmy, played by Francesca Faridany, a computer scientist who builds pixelated laser beam splendors of virtual worlds. She’s discovered a way to communicate with the past and uses this technology to reach out to Countess Ada Lovelace. Emmy sits at her computer station and watches Ada’s life transpire. When she talks to Ada, Emmy’s a disembodied voice. Confusing as it is to receive these words from a stranger who claims to live in the future, Ada nevertheless begins to confide in Emmy. She is recognized as a genius in the film, one who is also neurotic, vulnerable and human. “I’ve just felt invisible my entire life,” she tells Emmy, in one of their emotional exchanges. Most of all, Ada dreads that she is running out of time as her health worsens. (The real Ada died at the age of thirty-six.)

Ada becomes concerned that Emmy, her “only friend,” could be sacrificing her own future in her pursuit to continue Ada’s legacy. It is a concern that might sound familiar to contemporary women artists: How does one weave oneself into a lineage that has gaps in the past where there should have been other women artists? Revisiting the film, I was reminded of the recent trend toward posthumous celebration of the work of women like Clarice Lispector and Barbara Loden. It can feel cynical at times, like the production of holograms of deceased celebrities. They deserve a rightful place in the canon, of course, but this process is bittersweet, as their star image is written without their full agency. All this marketing and publicity to fill those gaps comes with none of the human interaction with the real individuals who created the work. In the end, Emmy finds a solution for Ada and herself, but alas, her method is as technically improbable as talking to a person from the past through a desktop computer.

There’s a brief, gorgeous moment in the film when Emmy and her partner share a freight elevator with a folk singer playing guitar. It serves as a reminder of the bohemian heart of San Francisco—vibrant in the ’90s but much harder to find now in the age of Google buses and tech bros. The film is full of Bay Area talent, with a soundtrack by The Residents, a script cowritten with Eileen Jones, and cameos from counterculture technorati like John Perry Barlow, Timothy Leary, R.U. Sirius and Bruce Sterling.

San Francisco is also the setting of Leeson’s narrative follow-up Teknolust (2002), which again stars Swinton and Karen Black, who appeared in Conceiving Ada as the mother of both Ada and Emmy. Mary Shelley’s Frankenstein was an inevitable touchstone in the earlier film, given its subject was Lord Byron’s daughter, but in Teknolust, the connection is more explicit. Here, Swinton plays a shy, screwy scientist named Rosetta Stone, who has created three “Self-Replicating Automatons” in her image. As the digital sirens—Marinne, Olive and Ruby—Swinton is kitted up in RGB color-coded matching costumes designed by Yohji Yamamoto. These SRAs need sperm to survive, which means harvesting out in the physical world. Swinton’s wry confidence is wielded to great effect in the character Ruby, the world’s least subtle and most knowing seductress, who leaves their virtual home to pick up men in various bars, complete with pickup lines in her memory bank from a corpus of old movies. Ruby’s such an efficient hunter that soon the authorities are investigating an odd STD epidemic, as dozens of men have gone to the hospital with symptoms including barcodes on their foreheads and crashed hard drives. There’s a playful humor that comes through, especially in Swinton’s sweet and cringeworthy flirtations with Ruby’s love interest, a slacker printshop worker in a vintage cardigan played by Jeremy Davies. It’s a romantic comedy, a sci-fi thriller and a film unlike any other.

Teknolust is scheduled for rerelease this year with Strand Releasing. Leeson has a new installation called “Shadow Stalker” on view in the exhibition “Uncanny Valley: Being Human in the Age of AI” at the de Young Museum in San Francisco until October 25, 2020. The artist is currently at work on her third speculative narrative feature, to complete the trilogy beginning with Conceiving Ada and Teknolust.