A Virtual Promotional Tour: Setting Up a Home Zoom Studio for Spaceship Earth 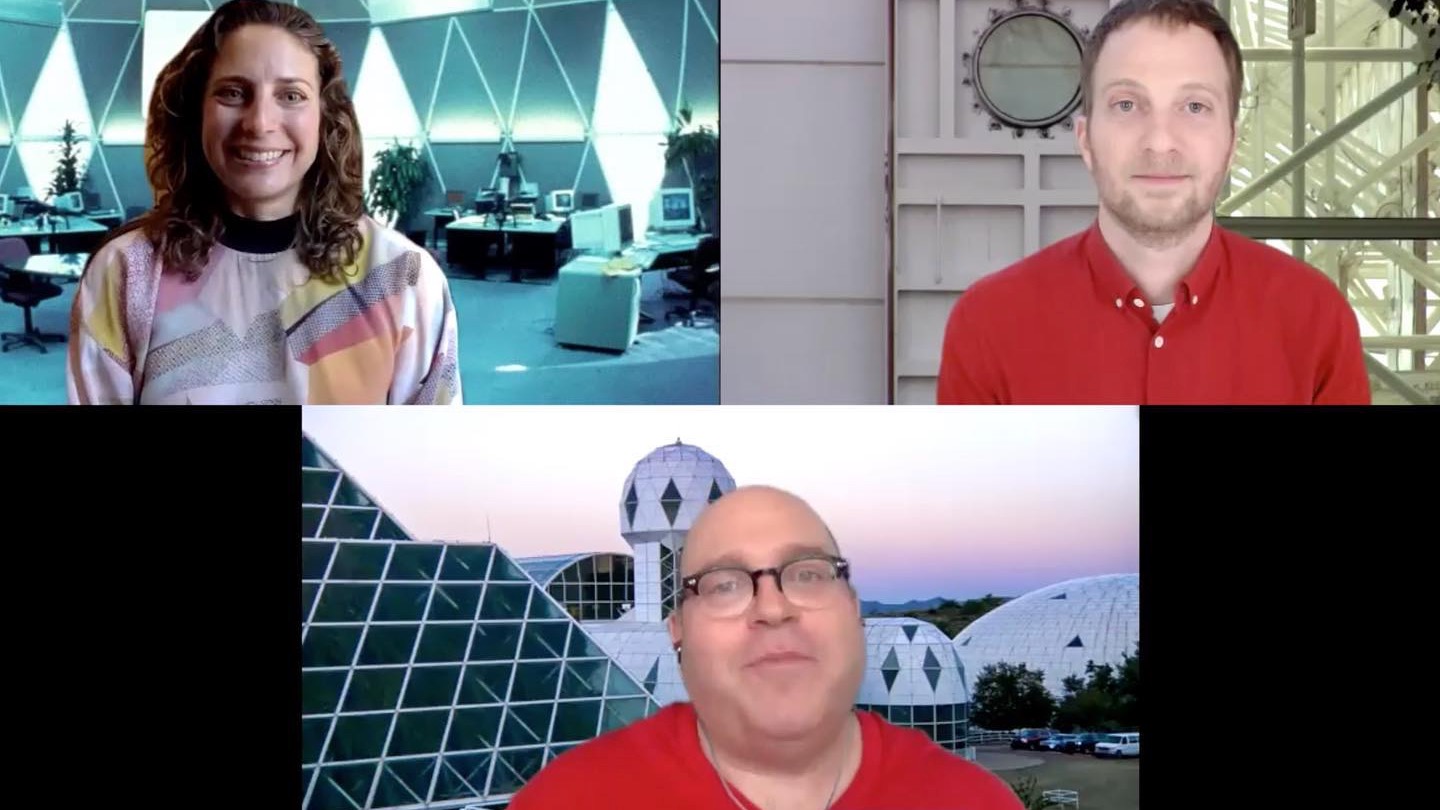 A Zoom Q&A for Spaceship Earth

I’m sitting in my living room doing press for the release of Spaceship Earth. Normally I’d be at a distributors’ office or running around to different studios, but this week I’m wearing a nice shirt with sweatpants and a cat on my lap. In the past two weeks in anticipation of being on Zoom a lot, I put together a modest Zoom studio.

Besides doing press days, I’m pre-recording a lot of intros and Q&As for virtual cinema presenters. Neon has partnered with over 200 different venues and small businesses to present the film digitally. We pre-recorded an intro and Q&A that went to all of those venues, and starting last Friday we began doing two weeks of daily live events with an array of different partners—from museums and libraries to film festivals and theaters.

Normally when a film opens, I’ll hang out at the theater all weekend, do a handful of Q&As, and maybe travel to a few key cities. For this film, I’m doing events across the country in multiple cities every day. The other thing that’s nice is that the Q&As can go longer. People can dip in and out instead of the awkwardness of sneaking out of a theater early. And even better, the conversations exist as content that anybody will be able to view and share indefinitely. I miss the in-person contact with audiences, but there’s also unique opportunities with virtual programming. 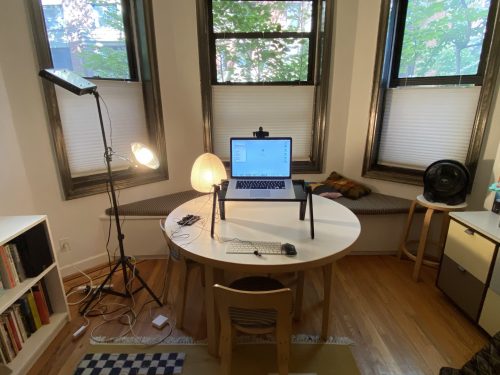 When I made my set-up at home, I didn’t really have a proper lighting kit, so I just borrowed some simple things from neighbors. I use a LED light for daytime interviews and a tungsten work lamp for nights, and I bounce them both on the wall, or sometimes add a paper lantern to fill it in. NEON was able to get me the fancy 1080p Logitech C920 webcam, which is scarcely available — I think they probably had sourced it from China on eBay. That makes things look a lot better, and it’s the best option out there, but it still looks like a webcam. And then the big thing that boosts the quality is a mic. I’m using a Movo universal USB lavalier that’s pretty innocuous, and I wear earbuds to avoid any audio feedback on Zoom. Playback is never seamless, but a producer from NEON is streaming all these virtual events from zoom to YouTube Live. A comments moderator is invisible on ZOOM to private chat audience questions to the on-camera moderator.

Shortly after zoom became the new normal, I got “crafty” and went through all the archival images from my film to make some zoom backgrounds. I chose different vantage points of Biosphere 2 (the enormous glass terrarium in Arizona which is the subject of my film), and I chose backgrounds that make it seem like you’re actually there. For some Q&As that are more fun it’s perfect, and for more serious things, like a talk my producer Stacey Reiss and I did with the Aspen Institute this week, we keep it more neutral. I’ve got bookshelves behind me, so I look like a reasonably literate documentary filmmaker. People can download our Zoom backgrounds on the film’s website.

Now that I’ve gotten the swing of things, I’m content to do events every night. It’ll be an interesting experiment to see which ones are well attended, and how many people actually watch the content afterwards. But I love talking about my films with audiences and finding interesting moderators or co-panelists to keep mixing up the conversation. This may be the new normal, but it’ll never replace being in the theater, and talking to people outside after the screening. Until then, I’ll be “on the road” via Zoom.

To watch Spaceship Earth, visit NEON’s website for virtual cinema locations. Pre-recorded Q&As are available for all screenings. A live Q&A with Matt Wolf and two Biosphere 2 crew members from the film, Linda Leigh and Mark Nelson, will take place tomorrow at 7:30 PM Eastern, hosted by NRDC/Buckminster Fuller Institute and moderated by Cheryl Slean. For further details, visit the site.