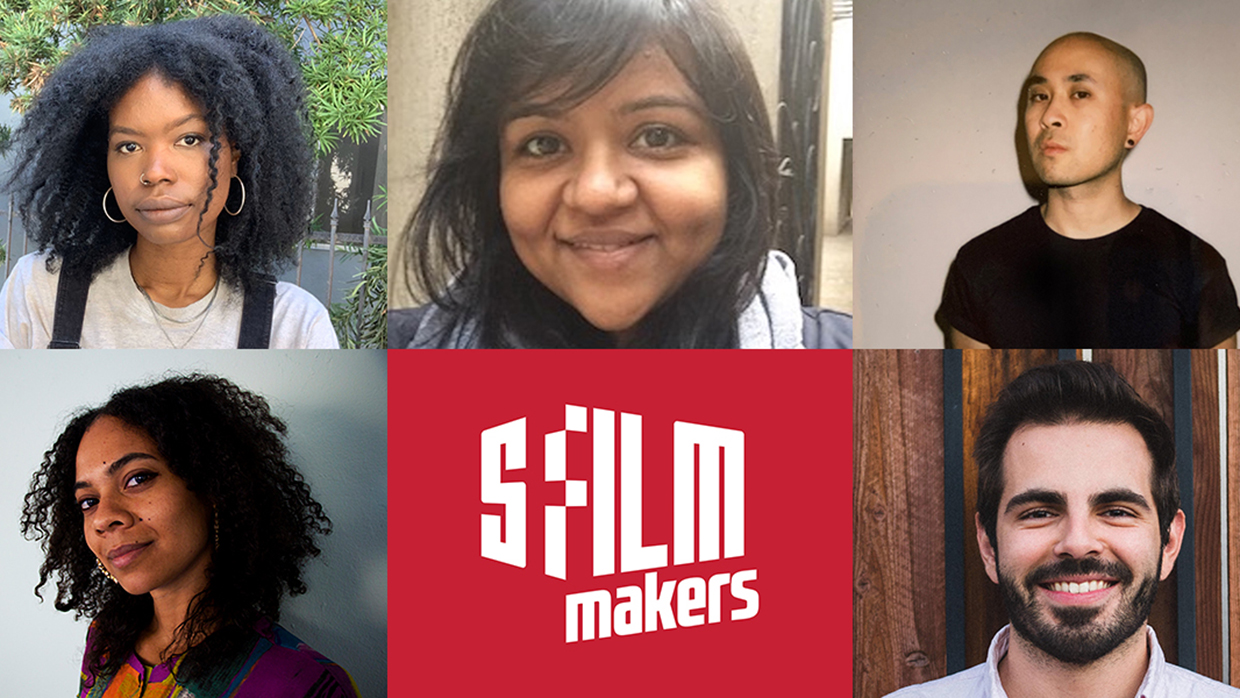 SFFILM, in partnership with the Westridge Foundation, announced the five narrative feature projects that will share $100,000 in funding via the SFFILM Westridge Grants. One of the only grants devoted to supporting narrative filmmakers in the development and screenwriting stage, the grants are awarded twice annually to U.S. filmmakers “whose stories take place primarily in the United States and focus on the significant social issues and questions of our time.” In addition to the cash grants, recipients are given support through the SFFILM Makers program along with a support and counsel from SFFILM, the Westridge Foundation and a dedicated mentor.

From the press release, the five Spring 2020 SFFILM Westridge Grant Winners are:

The Girl. Laci Dent, writer/director/producer – screenwriting – $20,000. Della, a 13-year-old African American girl, lives in rural Louisiana with her curiously devout mother Ida. After Della begins to experience peculiar bodily symptoms linked to her mother’s prayers, both women find themselves at the center of a dark practice tied to their ancestry, the Baptist Church, and the land they’ve inherited.

Salt (Sabras). Sushma Khadepaun, writer/director; Monique Walton, producer (US) and Andrea Kuehnel, producer (Germany) – screenwriting – $20,000. Anita, an enthusiast of American sitcoms in small-town India, orchestrates her own “arranged marriage” and moves to America in the hope of a more exciting and independent life. But Anita’s escape begins to feel like a trap when she finds herself completely dependent on her husband in suburban Texas. Anita must find a way to reconcile her expectations with her reality.

Tiger Girl. Andrew Thomas Huang, writer/director; Angela C. Lee, Nate Matteson, and Hiro Murai, producers – screenwriting – $20,000. Set in 1966 Los Angeles, Tiger Girl is a coming-of-age fantasy about a repressed teenage Chinese American girl haunted by a tiger lurking in her attic. When pressured by her immigrant mother’s rigid social expectations, the girl must learn that the beast upstairs is the tiger within that will set her free.

Untitled Opa-Locka Project. Keisha Rae Witherspoon, director/co-writer; Jason Fitzroy Jeffers, co-writer/producer; Jonathan David Kane, producer – screenwriting – $20,000. Untitled Opa-Locka Project is a meditative and ultimately transcendent story about a strange young man named Ev who struggles with the ills of a small world because he has already touched the stars. A paranoid and isolated young card shark from inner-city Miami, Ev believes his mother was abducted by aliens, and now seeks answers from a suspicious new UFO cult in the neighborhood.

The Weight of Land. Daniel de Lacerda e Drummond, writer/director/producer; Aaron Fink, Gia Rigoli, and Esteban Zuluaga, producers – screenwriting – $20,000. When a family of Latino ranch-hands learn they’ve inherited one of the largest ranches in their region, the promise of a better future seems certain. But when ranch-hands become ranch owners, small-town politics and feuds spurred by that windfall drive a wedge between the Estradas and their small Arizona town. As the stakes keep rising, the cracks within their own family start to show, sometimes with deadly consequences.

In a statement, the jury said, “The jury was incredibly excited to recognize this cohort of talented filmmakers. We considered a broad range of perspectives and were drawn to the varied themes explored in each of these original stories asking pressing questions of our time. There was a clear ambition expressed in all of these projects that struck us and we were moved by these storytellers’ strength of voice, clear vision, and willingness to take risks. We look forward to following these five filmmaking teams as they cleverly subvert genre and tone, twist our expectations, and craft enthralling narratives with their unique and confident points of view.”

The application period for the next round of grants is now open at sffilm.org/makers; the final deadline to apply is July 2, 2020.