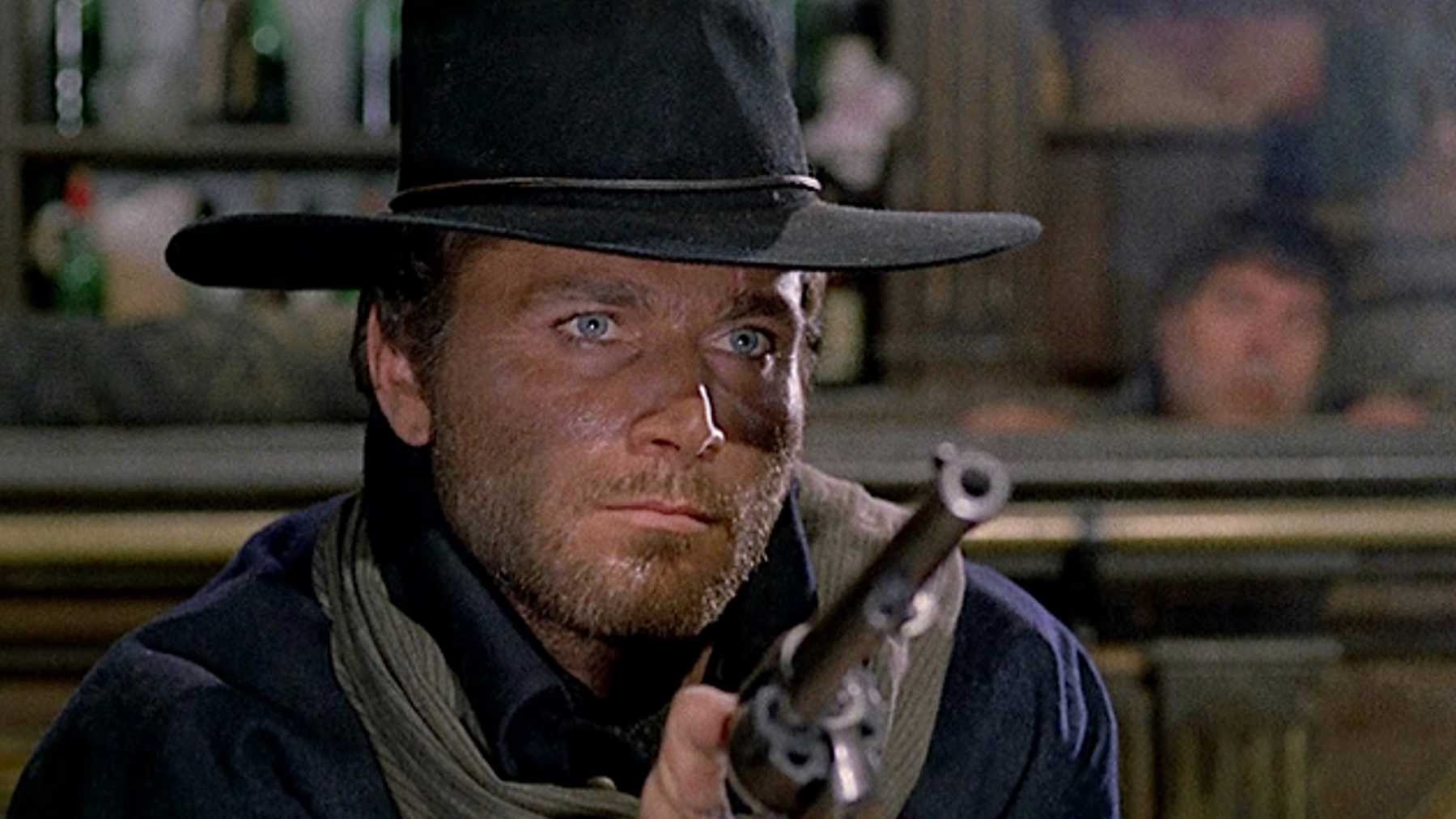 Japanese horror and action master Takashi Miike is one of those directors who’s so prolific that it’s easy to take him for granted; ever since he caught American cinephiles’ attention in 1999 with Audition and Dead or Alive, he’s been cranking out something close to a half-dozen movies each year, releasing his kinetically supercharged orgies of style and violence faster than some viewers can keep up with them. While I wouldn’t try to make the case that all 100-plus Miike productions are masterpieces, when he’s firing on all cylinders – as with Audition, or last year’s First Love – he’s one of the most surprising and entertaining filmmakers on the planet. His 2007 Western Suriyaki Western Django is a case in point, an ecstatic blend of samurai adventure and spaghetti Western that is jammed with lifts from John Ford, Rambo, and countless other sources yet remains startlingly original thanks to Miike’s unique visual approach and the unorthodox methods by which he synthesizes his influences. Loosely borrowing the plot of Sergio Corbucci’s 1966 classic Django (which itself borrowed liberally from Yojimbo and A Fistful of Dollars), Sukiyaki Western Django follows a lone gunman (Hideaki Ito) who wanders into a remote mountain town and finds himself caught between two clans warring over hidden treasure in the area. Like Toshiro Mifune in Yojimbo, Clint Eastwood in Dollars, and Franco Nero in Django (and Bruce Willis in Walter Hill’s Last Man Standing, for that matter), Ito plays both sides against the middle in a series of sly manipulations, usually resulting in acts of explosive violence. The story isn’t new, but Miike’s way of shooting it is; in addition to his typically outrageous and inventive action set pieces, his decidedly anti-natural use of color gives Suriyaki Western Django a striking look unlike any other Western. The colors are deeply saturated and the contrast ramped up to levels that give the whole movie a forcefully artificial but strangely beautiful aesthetic – the settings are bleak and unforgiving yet undeniably gorgeous in their way. The film is newly available on Blu-ray, DVD, and digital platforms from Filmrise, and the transfer is splendid; it’s also nice to have the movie available in two versions, the longer Japanese cut and the Miike-approved 98-minute version that was released theatrically in America.

Sukiyaki Western Django ends with a title card informing the viewer that a young boy in the movie moves to Italy and grows up to become the Django of the 1966 film, making it a sort of unsanctioned prequel to Corbucci’s picture; in a nice bit of cinematic serendipity, Arrow Video has just reissued the original Django in an excellent Blu-ray Steelbook edition. From its surreal opening image of the title character dragging a coffin across a desolate landscape to the climactic cemetery shootout a brisk 90 minutes later, Django picks up where Sergio Leone’s A Fistful of Dollars left off in its radical reworking of Western conventions. Though American critics at the time wrongly dismissed Leone and Corbucci’s work as cheap imitations of Hollywood Westerns, the Italian directors were in fact totally reinventing the genre both politically and aesthetically, replacing the sturdy heroism of John Ford and Howard Hawks with confrontational, aggressively stylized dissections of the opportunism and racism at the heart of manifest destiny. As film historian Stephen Prince points out in his audio commentary, this is a Western without any sense of glory, patriotism, or sentiment; in that sense, it’s a harbinger of things to come in the genre in the great 70s Westerns of Arthur Penn, Clint Eastwood, and Philip Kaufman. Prince’s outstanding commentary is one of many extra features that make this Blu-ray release essential viewing; the disc also contains appreciations by filmmaker Alex Cox and spaghetti Western expert Austin Fisher, interviews with Nero and other Corbucci collaborators, and a second Blu-ray containing the unofficial Django sequel Texas Adios with a whole additional set of extra features, including a perceptive commentary track by Western film historians C. Courtney Joyner and Henry C. Parke. All of these supplements are top-notch, but special attention must be paid to the work of Stephen Prince; he has long been one of my favorite Blu-ray and DVD commentators thanks to his work on Criterion editions of Akira Kurosawa films as well as multiple Sam Peckinpah releases from different labels, and here he proves once again why he’s the best at his job. No one combines production history, thematic analysis, social context, and a deep knowledge of the tools of filmmaking (particularly lenses) as well as Prince, whose commentary here is as economical and rewarding as Django itself.

Arrow has also released a number of interesting new horror titles, the best of which is director Harley Cokeliss’ hypnotic and brainy Dream Demon (1988). The film began life as a would-be Nightmare on Elm Street rip-off after British distributor Palace Pictures struck gold with Wes Craven’s picture and decided to produce a homegrown imitation, but when Cokeliss came on board he transformed the material into an intriguing mashup of Hammer horror flick and European art film. Taking inspiration from Jacques Rivette’s Celine and Julie Go Boating, Dream Demon focuses on a pair of women (Jemma Redgrave and Kathleen Wilhoite) who initiate a friendship that evolves not only in reality but via one woman’s nightmares – nightmares that she fears pose a physical threat to her new friend in the waking world. Cokeliss deftly plays with the fluid lines between dreams, memories, and reality to keep the audience guessing not only about the plot but about the heroine’s repressed fears and desires, raising many questions that go tantalizingly unanswered, but which reward repeat viewings. The movie’s a lot of fun for fans of old school trickery given its reliance on prosthetic make-up, reverse photography, Schufftan mirrors, and other in-camera special effects, and it’s filled with lively performances (Timothy Spall is particularly entertaining in a supporting role). When various financing and distribution entities behind Dream Demon went out of business the film slipped into limbo for decades, but now the British Film Institute has rescued Dream Demon from obscurity and lovingly restored it; the Arrow Blu-ray contains a terrific transfer taken from the BFI’s 4K scan and supplements it with hours of informative extras featuring Cokeliss and his collaborators. It’s one of several fine recent horror releases from Arrow, along with the 1986 Wings Hauser-Meg Foster thriller The Wind and the darkly comic Russian import Why Don’t You Just Die!. All titles are accompanied by abundant extras, and all are highly recommended.