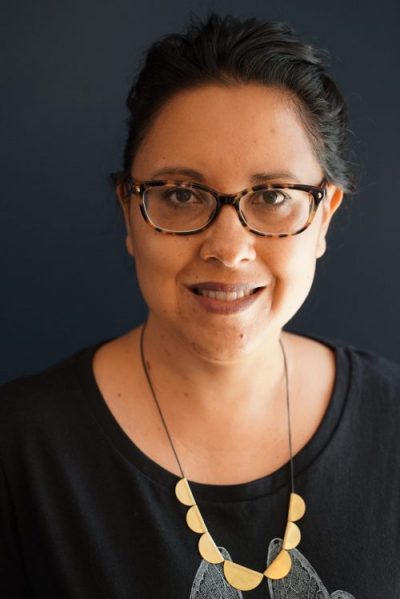 Carrie Lozano — award-winning documentary filmmaker, journalist, lecturer and co-founder of the International Documentary Association’s Enterprise Documentary Fund — was announced today as the new Director of the Sundance Institute’s Documentary Film Program. She succeeds interim director Kristin Feeley and prior director Tabitha Jackson, who became the head of the Sundance Film Festival this past January.

As Documentary Film Program Director, Lozano will elevate and support nonfiction filmmakers worldwide at all stages of creating and distributing new cinematic work. She will also work to advance and elevate the health of the independent nonfiction field, ensuring that diverse forms, viewpoints, and participants continue to be central to all Institute programs, which include Labs, global and national partnerships and film funds. She will also lead the Documentary Film Program’s team, including Labs Director Kristin Feeley and Film Fund Director Hajnal Molnar-Szakacs. She will report to the Institute’s Executive Director, Keri Putnam.

Says Putnam: “I am thrilled to welcome Carrie to this critical role at Sundance. As a filmmaker and field leader, she is a fierce advocate for independent voices, a thoughtful contributor to solving the most urgent challenges facing nonfiction artists, and deeply committed to the values of justice and equity. Her experience and perspective will be invaluable to the Documentary Film Program and the Institute’s Leadership Team.”

As a filmmaker, Lozano’s most recent film is the 2016 feature, The Ballad of Fred Hersch. Lozano has also produced, including Sam Green’s The Weather Underground as well as his Utopia in Four Movements, the third part of which, she also directed with Green. Prior to her work at the Enterprise Documentary Fund, where, over four years, she supported the work of dozens of filmmakers, Lozano led the Bay Area Video Coalition’s National MediaMaker Fellowship and was an executive and senior producer at Al Jazeera America.

Said Lozano in the press release:

“Sundance Institute has played a critical role in my career, so it’s deeply personal for me to lead its Documentary Film Program. I’m humbled to follow in the footsteps of the visionary women who’ve been at its helm, and grateful to my longtime colleagues at the International Documentary Association and U.C. Berkeley’s Graduate School of Journalism. On the precipice of a new, undetermined era, it feels fitting and exciting to join the Sundance Institute right now. Despite the pain and loss so many are feeling, this is a transformative moment, and I’m eager to harness its energy toward a more just and equitable field to support and develop artists who truly reflect the world around us. As such, it’s urgent to elevate and safeguard global independent voices who are at the core of Sundance’s mission and so essential to the highest democratic ideals.”