A Long Road for Women Directors in South Korea: NYAFF’s Female-led Korean Films and the Ongoing Struggle for Gender Equality 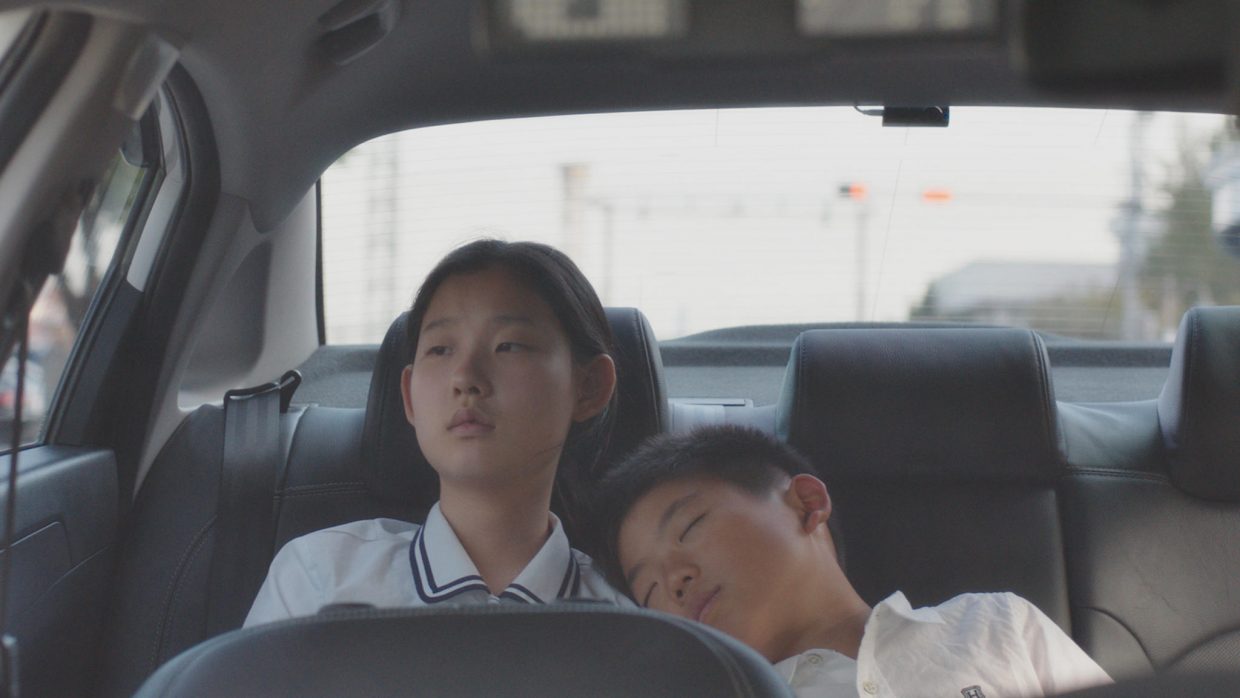 The 19th edition of New York Asian Film Festival spotlighted films with women both in front of and behind the camera, emphasizing a specific focus on women filmmakers across the region. And while it was exciting to see women directors and stories highlighted in a festival lineup, these examples were exceptions to the rule. Among NYAFF’s slate of over 50 films and television episodes, only ten were directed by women. Men are overrepresented in film industries globally, especially in Asia where patriarchal values are so deeply entrenched in culture and society. Among the ten female directors represented in NYAFF’s lineup, five hailed from South Korea (three who helmed feature films and two who directed episodes of the television series SF8). It is no surprise that NYAFF’s most notable female-directed films were from South Korea, which boasts one of the most developed film industries in Asia and has experienced a new wave of feminism since the #MeToo movement in 2016. The three features directed by women from South Korea screened at NYAFF, Kim Ji-Young, Born 1982, Lucky Chan-sil, and Moving On, differ widely in style and themes. What can these films tell us about gender representation in South Korea, and what are the realities of women in the industry there?

In recent years, there has been increased awareness in South Korea about gender disparity in the film industry and a growing interest in female-centered stories on screen. Following a report on sexual abuse in the industry, the Korean Film Council and Women In Film Korea launched the Center for Gender Equality in Korean Film in 2018 to conduct studies and influence policy in the industry. In 2019, programmers at Busan International Film Festival proudly announced that 27% of the films screened were directed by women, a record for Korea’s largest film event. Increased coverage of female filmmakers by major film magazines like Cine21 has helped to amplify their work and shift the culture of the industry. Streaming service Purplay, founded in October 2017, focuses exclusively on women’s films (which they define as films about women, films made by women, and films that challenge gender dichotomy). Both Kim Ji-Young, Born 1982 and Lucky Chan-sil were among the 10 films selected in a new initiative this year by the Directors Guild of Korea called “Bechdel Choice 10” to promote gender equality. (For a movie to pass the Bechdel test, there must be at least two named female characters who talk about a subject not related to male characters.)

Kim Ji-Young, Born 1982, actress Kim Do-young’s directorial debut, is based on female television scriptwriter Cho Nam-joo’s 2016 breakthrough novel  that sold more than a million copies. It tells the story of a young mother desperate to pursue her career after having a child. The film depicts gender discrimination and misogyny at every stage of the protagonist’s life and at every level of Korean society, from toxic male behavior in the workplace to the oppressive expectations of a daughter-in-law. The movie’s initial announcement revealed the deep divide over gender equality, as anti-feminists flooded lead actress Jung Yu-mi’s Instagram with thousands of hate comments and gave the film negative ratings and reviews on online platforms even before its release. Social media attacks of female-centered films even before their release are not uncommon and often influence major film conglomerates like CJ CGV and Lotte Cinema. Though Kim Ji-Young, Born 1982 lacks nuance, it is significant in the context of ongoing debates over inequality in the domestic sphere and the balance of career and family for a woman in Korea.

Producer Kim Cho-hee’s directorial debut feature Lucky Chan-sil follows a middle-aged, female film producer, who suddenly finds herself out of work after the unexpected death of her director. While the tone is reminiscent of festival favorite Hong Sangsoo’s work, Kim Cho-hee’s film has none of the misogyny. As a single woman in her 40s on a journey for self-discovery, Chan-sil is an exceptional character in an industry with limited female roles who are often defined by their relationships to male characters. Her relationships to other women like her young actress friend Sophie and her elderly landlady are deeper than any of her connections to men. A 2019 study sponsored by the Korean Film Council shows that only 24.4% of the top 50 films from 2009 to 2018 had female leads, as compared to 75.6% with male leads, and a mere 8.3% of films starred two female leads versus 45.1% with two male principal roles.

Jeon Soyoung, a film scholar studying Visual Culture Studies at Korea National University of the Arts, describes most female characters in Korean cinema as pretty teenagers or young women in their twenties who are fall into flat stereotypes: innocent virgins or prostitutes, idiots or perfectionists. Rarely do middle-aged women get roles, and if they do, they’re generally mothers or successful workaholics, Jeon says. She also notes that there are very few portrayals of women outside Seoul or from more traditional areas, where women experience more extreme sexism. Chan-sil is not from Seoul but Busan, a socially conservative city in the South, which together with her career as a film producer paints her as someone unafraid of taking risks. Lucky Chan-sil is an unusual portrayal of a woman losing and rediscovering her dreams in the middle of her life.

Yoon Dan-bi’s Moving On, which won NYAFF’s Uncaged Award for Best Feature Film, stands out as an honest and heartfelt depiction of a family in transition. Over summer vacation and in the wake their parents’ divorce, Okju and her younger brother Dongju are taken to their grandfather’s house to live as their father deals with financial problems. In the vein of Edward Yang and Ozu Yasujiro’s masterpieces, the film follows a multi-generational family with the two siblings at its center. As the film unfolds, the teenage daughter Okju is gradually revealed as the protagonist, forced to navigate complex family dynamics and the pains of growing up. She is an important character not because she is special but because she is so representative of a common adolescent experience. Yoon Danbi’s first feature is a subtle and truthful family portrait.

A leading example in this rising generation is Kim Bora, director of the hugely successful House of Hummingbird, which screened at Berlinale and Busan International Film Festival in 2019 and won over 60 international and Korean film awards, including Best Screenplay at the Blue Dragon Film Awards, Best New Director at the Grand Bell Awards, and Best Director at Baeksang Arts Awards. Kim points out how lucky she was to show her film last year, at a time when there was a such a receptive audience for coming-of-age stories about women. But securing funding for the project, which took six years of cobbling together grants from the Korean Film Council, Seoul Film Commission, Seongnam Art Council among others, was not easy. Kim was turned down by multiple commercial investment companies, whose executives told her outright that there was no audience for films about middle-school girls.

One prejudice that Kim wants to overcome is the idea that female filmmakers make “small” films. Just because a film uses the perspective of a teenage girl does not mean that it doesn’t show broader truths about her place and time, as House of Hummingbird does about Seoul in 1994. Conversely, Kim says a war movie that sensationalizes violence without dealing with complex human emotions is “small” in her eyes. For Kim, the industry needs regulations like 50/50 pledges for equal representation among festival jury members and investment company executives.

This sentiment—breaking the stereotype that women make “small” movies—is shared by documentary filmmaker Lee-Kil Bora. Her first feature Glittering Hands, which won the Okrang Award and the Audience Award at the Seoul International Women’s Film Festival, was criticized and belittled by male viewers in Korea as a small, private story, not dealing with important social issues. But to Lee-Kil, personal stories are not small. Based on her stories growing up as the child of two deaf parents, Glittering Hands moves between the world of silence and the world of sounds, provoking questions about the experiences of marginalized groups in society. Her second feature Untold, about three survivors of 1968 massacres committed by Korean soldiers during the Vietnam War, examines war from the individual perspectives of victims. It had its theatrical release in South Korea in February this year.

Film industries around the world are faced with the question of how to reach true gender parity that is not merely a result of filling quotas. Concrete steps to level the playing field must continue to be taken by industry leaders for the current zeitgeist to result in any lasting change. We can start by reimagining our notions of “big” films to encompass a breadth of stories, voices, and perspectives.