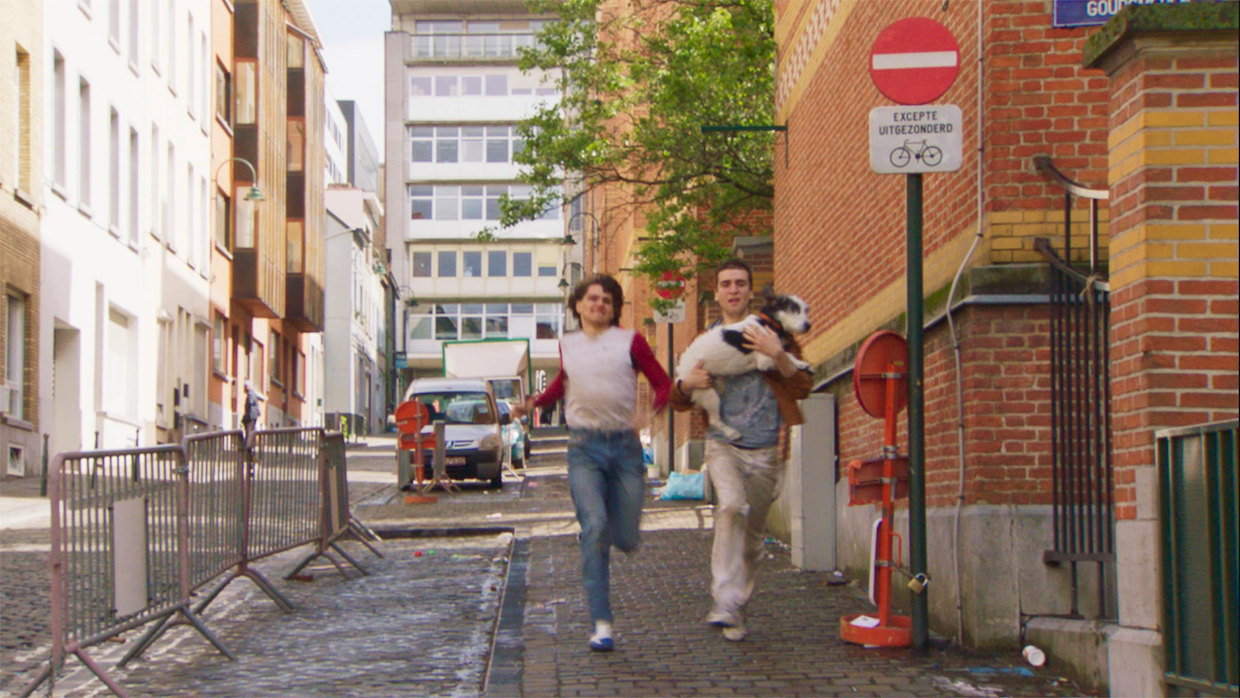 Now entering their sixth decade of steady musical production, Sparks—brothers Ron and Russell Mael’s remarkably enduring musical project—has proved equally alienating to multiple generations of American listeners no matter what phase they were in. During the very first days of MTV, clips for their Moroder-produced “No. 1 Song in Heaven” and “Try-Outs for the Human Race” were in regular rotation (if only because there was so little else to show). But when not involuntarily exposed to them, American audiences rejected Sparks whether in their glam, disco, ’90s synth or 2002-and-onwards minimalist keyboard-loops periods—especially true of the latter, their longest-lasting mode to date. No matter how many times Kurt Cobain cited Kimono My House as one of his favorite albums or the claim was advanced that Queen wouldn’t exist without Sparks’s falsetto prototype, they were never going to take off en masse. The first two times I tried playing one of their songs from their most recent period for friends, the reactions were identical: Why do you like this? Why are we listening to this? Why would you play this for me?

I’ve seen Sparks live twice in the last five years and am the precise target audience for 135 minutes on them. Edgar Wright’s The Sparks Brothers absolutely delivers the archival goods on multiple fronts; it’s one thing to know frontman Ron played quarterback in high school, another startling thing entirely to see the photographic evidence of this onstage weirdo in All-American Jock mode. I’m not sure the Maels have previously spoken quite this openly about their childhoods, and they’re one of the few people from whom I’d find this deep background interesting: they talk about how their father’s death deeply affected them and how much they loved their mom, which is not what you might expect from the songwriters behind “Tits.” (Accurately summing up the lyrics of a good chunk of their catalogue, the brothers note that “Our sexual persuasion is slightly horny.”)

It’s good to hear their story both from their own mouths and that of a Greek chorus of associates and, less illuminatingly, admirers. Given that Franz Ferdinand collaborated with Sparks on the album FFS, giving FF’s Alex Kapranos a lot of screen time is fair enough; Beck’s rhapsodizing, meanwhile, is presumably because he likes their work and worked on the Scott Pilgrim soundtrack for Wright, but he’s not shedding a lot of light. An opening montage of various talking heads saying how much they love Sparks, zippily edited to “This Town Ain’t Big Enough For Both of Us” (Weird Al pitches in, playing the bridge on accordion), sets the initial giddy pace, but matters slow down as the film slogs its way through an imposing catalogue. It’s baffling how Wright, in so many of his films, can make individual sequences speed along beautifully while being unable to maintain larger momentum, and that’s definitely the case here as he dutifully marches through pretty much every album. I thought that’s what I wanted, but it turns out I didn’t really need increasingly non-specific bloviating about individual songs from their last 20 years. With a true fan’s commendable instinct, Wright sets aside a large chunk of time to defend Sparks’s most divisive work, but there’s no meat there—as a fellow admirer, I don’t need convincing and the evangelizing impulse is unlikely to translate.

In all, Wright conducted 80 interviews (ill-advisedly including himself, though he’s a very affable narrator), and it’s worth noting, per his press kit quote, that he “didn’t realize that some documentary directors don’t do all the interviews themselves!” (Thank you, Edgar Wright, for saying the quiet part out loud.) Electric Prunes founder James Lowe, who engineered Sparks’s Todd Rundgren-produced debut and produced follow-up A Woofer in Tweeter’s Clothing, recounts a fairly devastating story about telling his wife, upon hearing their work, that he simply had to produce them and if they didn’t take off he would realize he didn’t know anything about how the music industry worked. He was as good as his word: Woofer bricked and he promptly pivoted into directing TV commercials. Sparks, thank goodness, aren’t victims of similar systemic burnout. Though personal disclosure gets pulled back a lot after the ‘70s are covered in favor of increasingly tiring celebrity fan testimony, there’s a fairly illuminating shot near the end of what their hard-working daily routine is like. They’re at one of their houses, both focusing on their tasks: Ron rehearses singing “I Wish You Were Fun” while, headphones on, Ron practices his keyboard parts. They’re symbiotic but separate in the same space—imagining this dedication multiplied by 50 years is honestly inspiring.

Another sibling pair, creations of French siblings Harpo and Lenny Guit (who moved to Brussels for their studies), take center stage in Mother Schmuckers. Issachar (Maxi Delmelle) and Zabulon (Harpo) are two essentially interchangeable cretins with nonstop energy—Sundance’s capsule cites the Three Stooges, but they’re more like Animaniacs’ Wakko and Yakko with no mediating Dot. Closer still might be Freddy Got Fingered (a film I like, calibrate your sensibilities accordingly) but with Tom Green split into two siblings and no sincere attempt at familial reconciliation at the end. The tone is set almost immediately in an opening sequence where the brothers are frying literal shit in their house, infuriating mom; there’s a lot of yelling and energy not that different from, say, Slack Bay, and the tone’s firmly set when the title is vomited onto the camera lens.

The plot’s literally a shaggy dog contrivance, as the brothers lose and must retrieve their mother’s beloved pet. Mostly, they half-assedly fight, wrestle and goon their way through the streets of Belgium to a textbook selection of cliched classical cues (Vivaldi et al.), desecrating both the streets, the music and the normally arthouse-signifying aspect ratio 1.33 (technically, not that I noticed, 1.5)—and honestly, good for them. The general comic guiding sensibility is disgusting but cheerful, and Mother Schmuckers definitely looks far better than any American studio comedy of recent years you’d care to name (Lord/Miller excepted), with deft cityscape framing and some fun twists, like a dog’s-eye ultraviolet POV of the world. Nobody’s idea of essential, it’s edited with ruthless precision, better-crafted than most of the Sundance films I’ve seen so far and, for all its presumptive shock factor, has good energy—not quite Farrelly-sweet and slightly directionless in its goals, but definitely promising.