“The Strange Beauty of our World, the Strange Disaster of Our World”: Chris Peters on His Slamdance AI Short, 24,483 Dreams of Death 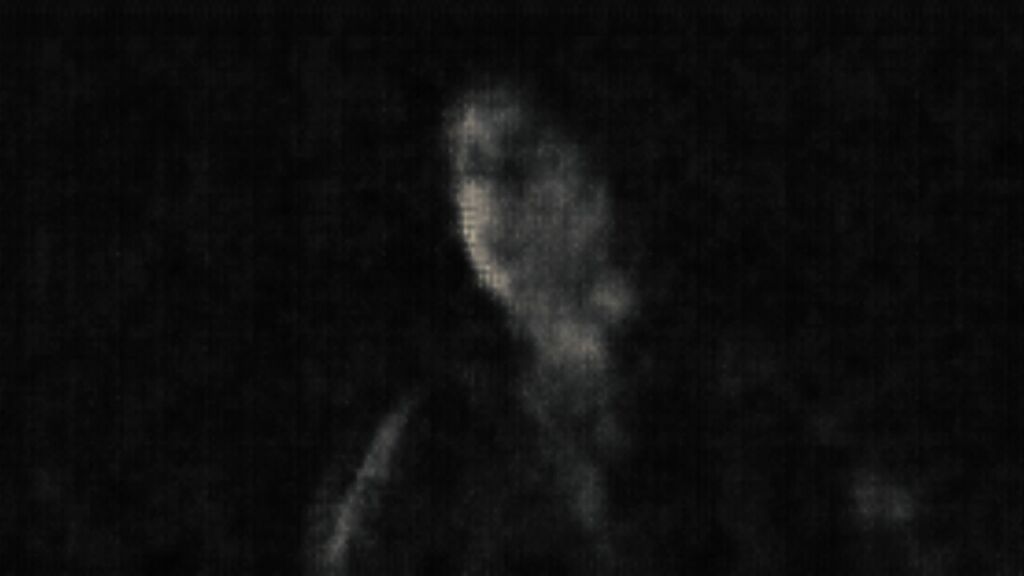 A spectral and hypnotic entry in this year’s Slamdance Film Festival is Chris Peters’s “film experiment,” 24,483 Dreams of Death, which uses a Mario Bava film (Mask of the Demon) as the sole source material for an A.I.’s imagination of our visual world. Over six days, Peters — a filmmaker, painter as well as software engineer — fed the frames of the film into the computer, producing images that represent, he writes, “… the machine’s neural network forming in real time, not footage in the traditional sense of photographed scenes, but footage of the internal experience of a new intelligence learning about our world for the first time.” The flickering chiaroscuro images are soundtracked by spoken word poetry that is also generated by an A.I. This one worked for 18 hours to spit out phrases based on its “reading” of thousands 19th-century poems available in open source documents. As narrated by actress Naomi Petit, the poems included focus on death and loss — an eerie correspondence. Explains Peters, “Unfortunately, to create the footage it was necessary to sequentially create 24,483 neural networks or ‘miniature brains’ and then, after they had served their purpose, immediately destroy them. Why did the machine write so many death themed poems? It is likely the machine was simply creating a pastiche of the nineteenth century poetry it had read during training. It is frankly impossible that the machine was referring to the destruction of the 24,483 neural networks used to create this film….”

Filmmaker readers are used to having their viewing experiences (hopefully!) enhanced by reading about a film’s production, which is even more the case here. The images as they flicker and combine in and out of view recall everything from the naturally-decomposing celluloid work of Bill Morrison to the A.I.-produced “history” visualized in Alex Garland’s Devs. And the overall vibe of decomposition, loss and mental struggle parallels the work of artists associated with the hauntology movement. What makes Peters’s work (an earlier short, Vertigo A.I., applied similar methods to Hitchcock’s classic) particularly provocative is the blending of aged source material (the Bava film, the 19th-century poetry) with future-pointing technology. The images here may look beautifully old and artfully degraded, but they are proof-of-concept for processes that will be anything but in the decades ahead. I interviewed Peters over email about how he went from live-action to A.I.-produced shorts, the connection between his painting and his computer art, and this technology’s final frontier. 24,483 Dreams of Death can currently be seen via the Slamdance Film Festival.

Filmmaker: Before we get to talking about 24,483 Dreams of Death, I’d love to hear about your own journey from painting, which you have studied, through live-action shorts in the early-to-mid ’10s, to now, with Death as well as your previous Vertigo A.I. piece, generative works created using AI. How did your interests expand into these areas, and what sort of technical and software knowledge did you have to acquire in order to make these pieces?

Peters: I’ve had two distinct lives. In my first life I was a hardcore machine language computer programmer. It’s very hard to explain, but even when programming I did it in a visual way, looking at the flow. In my second life I went to a 19th-century-style academic art school, moved to Los Angeles, and thankfully people liked my paintings enough to buy them. When the DSLR revolution came I was able to leverage my art knowledge and technical knowledge towards filmmaking (plus LA is a great town to make movies), and then when the A.I. revolution began I was able to fully integrate the whole me into a single project. I’ve always been very focused on the visual. I struggle with writing and am glad the machine helps me now!

Filmmaker: You’ve mentioned in other interviews that you chose Mario Bavo’s film because of his own background as a painter, and because the composition of his frames and his chiaroscuro lighting style would end itself to your process. But could you talk more about the choice of Bava and this particular film. What narrative or thematic elements were you personally drawn to? Similarly, who were some of the 19th-century poets that you fed into the AI? Were they truly drawn from a crawling an open source directory of some kind, or did you focus the AI on particular authors or genres?

Peters: I’m always after a specific vibe, an aesthetic that is best described by the Emily Dickinson poem “I Died For Beauty.” Mario Bava’s film was a good match. I experimented with several [films], but it came out closest to what I wanted to say. As far as the poetry, I honestly have no idea what authors the machine saw. It was everything possible, three million lines worth. Most of the poetry available in machine readable form was written in the 18th and 19th century. I remember one of the machine’s poems had the word, “Hiawatha” in it, so I’m guessing some Longfellow was read!

Filmmaker: There’s a mournful, melancholy unity to the images and the poems, which I’m gathering is a function of the AI’s inputs as well as your curation of what the AI produced. Was the vast amount of material not included similar in style and vibe, was it more gibberish, or were there some directions that you found surprising?

Peters: For the visual part, [the AI] watched the whole movie, then I went back and cut out the parts that were undecipherable mush. Occasionally, while the film is playing, you’ll see a white flash — that’s when the machine was not able to find a solution to what it was seeing. For the poems, I wrote some code to point me towards poems that matched what I wanted to say, but I ended up reading a lot (and I mean a lot) of bad poetry, and some of it is pure nonsense. Can the machine be creative?  Who knows, but part of creativity is putting old things together in new unexpected ways.  I love the line it wrote, “Where I may compare my stature with the dust that settles.” I have never put together that dust has height, but the machine did. That surprised me and I thought it was great – and so modest!  I also love the line “The strange beauty of our world, the strange disaster of our world”.

Filmmaker: What software and equipment was used to create the short?

Peters: Utter insanity! Dual nVidia TITAN RTX GPUs, each with 24gb of RAM, a single Intel i9-990K CPU with 8 cores and 32 gb of RAM, 2tb of NVMe SSD storage and 15tb of RAID storage. The DCGAN software was written on top of TensorFlow 1.15.0 and Python 3.6.6.  Even with this machine, it took six days of calculating. The machine was drawing 750 watts of power, physically heating the room! The poetry was from Open A.I.’s GPT-2 project, tuned by Neil Sheppard and Shawn Presser and then run with custom filtration code by me to narrow down the vast output.

Filmmaker: One definition of the concept of hauntology, especially as it applies to art and music, and as discussed by writers like Mark Fisher, is work that evinces “a nostalgia of the future,” or the “failure of the future.” And much so-called hauntological music work, such as the recordings of The Caretaker, are built around the work that either decays or appears to decay across the passage of time, often in ways that suggest the loss of memory over time. I find your film so interesting because, visually, it has the appearance of decay yet it’s actually more about the project of creation. It looks like a work falling apart, but it’s a work being built. And what looks primitive now is something that, as you’ve made clear in other interviews, will be more polished in the future as computing power grows. I’m interested in hearing about how you think your work connects — or doesn’t! — to various artistic and intellectual movements at the moment. I might also reference here Tonalism, which you’ve said your paintings draw upon and which seems like the connective tissue between your visual art and your computer art. Am I right about this?

Peters: Yes, this is exactly right about Tonalism, it’s the same thing. I’m not sure how to say it in words, but someone once suggested to me, “Finding Beauty in Dark Places”, maybe, but it’s more than that.  I’m not sure about the movements of the moment, I’m just after me, and I am grateful people will sit through it!

Filmmaker: Finally, what future do you see for this avenue of your work as computational power increases?

Peters: People will laugh, but the next big step is plot. Right now the biggest, most advanced machines struggle to keep more than about 500 words of coherent thought together. As this advances, eventually entire movies will be written and rendered. It could take 30 years, but it will happen. This movie I’m presenting at Slamdance is a very crude first step, I’m not stopping though. I just finished what I think is the final code for the next one.