What to Stream at Doc Fortnight 2021 (The 20th Anniversary Edition) 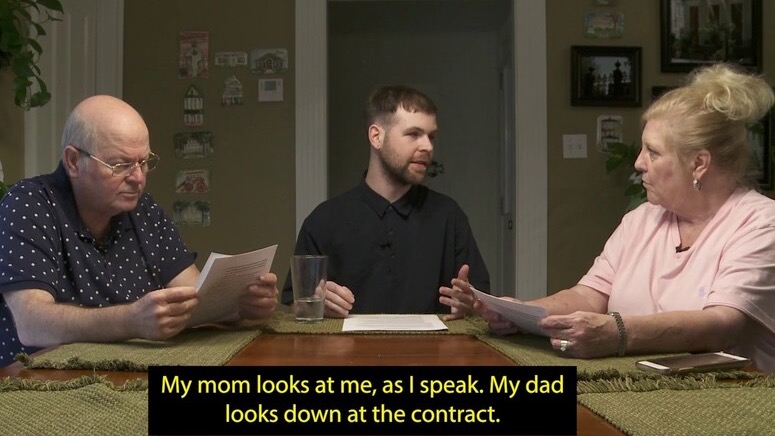 Having rolled out its inaugural edition in the wake of 9/11, Doc Fortnight will now be celebrating its 20th anniversary virtually (from March 18-April 5), the result of another world-upending tragedy (politically and personally dissected in Nanfu Wang’s compelling, opening night feature In the Same Breath). And yet the full-steam-ahead spirit of MoMA’s Festival of International Nonfiction Film and Media remains. The 2021 lineup, both eclectic and ambitious, spotlights 18 features and four shorts – another 10 films screen in the “Non/Fiction 20 Years of Doc Fortnight” sidebar – alongside a revival of Moroccan director Mostafa Derkaoui’s banned/lost/found doc-fiction from 1975, About Some Meaningless Events. (Portions of which, in a meta twist, are heavily incorporated into Ali Essafi’s Before the Dying of the Light, which premiered at last year’s IDFA and is also included in the Doc Fortnight program.)

And while I’ve been sifting through my screener queue, searching for a thread to connect all the docs I can’t stop thinking about, it’s the utter lack of a common theme that I keep coming back to. But a handful of films have managed to take me out of myself, into worlds starkly different from one another, as well as from my own. Though perhaps cinema as travel is exactly the collective antidote we pandemic-weary need right now, at least until the arthouses fill up once again.

Êxtase
Since I’ve been raving about Êxtase (Ecstasy) since stumbling upon it at last year’s CPH:DOX, it’s a no-brainer to include this much-anticipated US premiere of Moara Passoni’s flawless debut feature on my list. As I’ve written in the past, Passoni, a longtime collaborator of fellow Brazilian Petra Costa, has crafted “a mix of fiction and nonfiction, of historical images and staged scenes, of autobiographical diary entries obsessively developing a “geometry of hunger” even as political chaos grips ’90s Brazil (and it’s all tied together by a stunning soundtrack, including music by David Lynch and Lykke Li). It’s also a startlingly unusual coming-of-age story, one in which the director herself plays a vital role through the luminescent character of Clara, who, like Passoni, experiences the agony and the “ecstasy” of anorexia from childhood until the age of 18.” In other words, modern art.

Inside the Red Brick Wall
Any film that goes uncredited due to the possibility of lengthy prison sentences for its (teenage and twenty-something) makers is well worth spending 90 minutes with. And Inside the Red Brick Wall, by Hong Kong Documentary Filmmakers, lives up to the hype (having won Best Editing at IDFA) and more. Rather than attempt to encompass the wide and sprawling narrative of the much-covered, youth-led, pro-democracy movement in Hong Kong, Inside the Red Brick Wall takes us beyond the barricades into one single specific incident – the police siege of Polytechnic University in November 2019. It’s a harrowing nail-biter for sure, filled with tear gas and bullets, tactical discussions and internal disputes as to how best to break free. And it’s all captured via cameras dispersed across the sprawling campus, operated by a tech-savvy generation – often while at their breaking point, descending into near madness – wielding livestreams, laser pointers, and even music. (In one of the odder aspects of the standoff, both the militarized law enforcement and the gas mask-wearing students often “speak” to one another through dueling soundtracks, blasting songs back and forth as if engaged in some sort of Orwellian rap battle.) In other words, Inside the Red Brick Wall bravely lifts those 13 days of entrapment – and subsequent (1,377) arrests – out of the news cycle and into history. Giving the idealistic dissidents their proper Tiananmen-level due.

Nemesis
An elevator pitch for Thomas Imbach’s unusual exercise in moving image voyeurism would render Nemesis far less entrancing than it actually is. Shot over seven years on 35mm from a single location – the director’s window (likewise the setting for his 2011 doc Day Is Done) – the IDFA 2020-debuting film documents the fall of the iconic Zurich Hauptbahnhof railway station, and the rise of a police post/prison in its place. But what I’d originally feared might be two-plus hours of watching the construction equivalent of paint dry, instead transformed into an unexpectedly vibrant symphony straight from the start. Jackhammers and cranes, yellow-vested workers and graffiti artists, even a kissing couple and a summer food festival, are captured in panorama and in closeup, at varying speeds – keeping the viewer endlessly engaged and constantly surprised by the microcosm undergoing metamorphosis from frame to frame. And juxtaposed with Imbach’s meditative narration and the VO accounts of the soon-to-be-deported – the new facility is to house rejected asylum seekers – Nemesis ultimately pulses with a curveball poignancy. (Which isn’t to say the veteran Swiss director lacks a sense of humor. Truck Driver Toilet Man and The Girl of the Frozen Drinks are among the equally absurd unwitting participants thanked in the end credits.)

On a Clear Day You Can See the Revolution From Here
If you’re looking for Borat you’ve come to the wrong place. But if you’re seeking 60-odd minutes of transportive adventure, Emma Charles and Ben Evans James’s Visions du Réel 2020-premiering doc On a Clear Day You Can See the Revolution From Here (which Vadim Rizov likewise praised here in his coverage) is the place to be. This beautifully crafted film (shot on 16mm and employing a sound design that is downright otherworldly, like Kazakhstan itself) is both a study in arresting contrasts and a listening tour of the world’s largest landlocked country, whose citizens have come to embrace their ingrained dissonance as a strength. Here “nomadic traditions” are celebrated in futuristic, sci-fi architecture; nuclear power is touted alongside divining with lead. Capitalism sits chummily beside a still palpable Soviet past. Then again, as a young mineworker attests, globalization – being “open to outside forces” – is actually an integral part of Kazakh identity. The country has always been a hopelessly entwined hodgepodge, a ball of yarn batted between (and exploited by) East and West.

Shared Resources
“How does a life become information?” Jordan Lord wonders in their extraordinary philosophical inquiry Shared Resources, which will surely go down as one of my most exciting nonfiction finds of the year. Comparing the documentary interviewee to a bank account, Lord calls out the common element of extraction, noting that the frame is also a “setup.” Through a stunning conceptual framework – the director narrates their filmmaking process throughout, providing a sort of transcript of transparency (right down to acknowledging jump cuts, when they’ve excised sentences from a scene) – Lord grapples to find a new nonfiction formula. One that will allow the subjects, their parents – as they follow them through a five-year-long Chapter 13 bankruptcy (the ironic result of dad losing his job as a debt collector) – agency over a contentious onscreen portrayal. A sense of control that’s long been absent from the couple’s actual real lives. (To add insult to injury, the Mississippi-residing, New Orleanians lost their home during Hurricane Katrina and still rest their heads on donated furniture.)

The director, whose Columbia University bills hover around the edges of the stressful proceedings, reflects on the fact that debt is inherently “a shared bond between multiple parties.” And also that under the “logic of risk, disability becomes a kind of debt…But risk calculates this debt as a deficit or loss, rather than a bond that grows between those we depend on and who depend on us.” As the film’s title implies, Shared Resources is a profound exploration of the limits of free market individualism – a call to all of us to reexamine our everyday choices, to search for a better way. And yet it’s also a loving personal tribute to two proudly self-reliant individuals, who together sacrificed their own financial (and thus mental and physical) well-being so that their child could pursue a dream. And shine a light on little-seen stories like this.