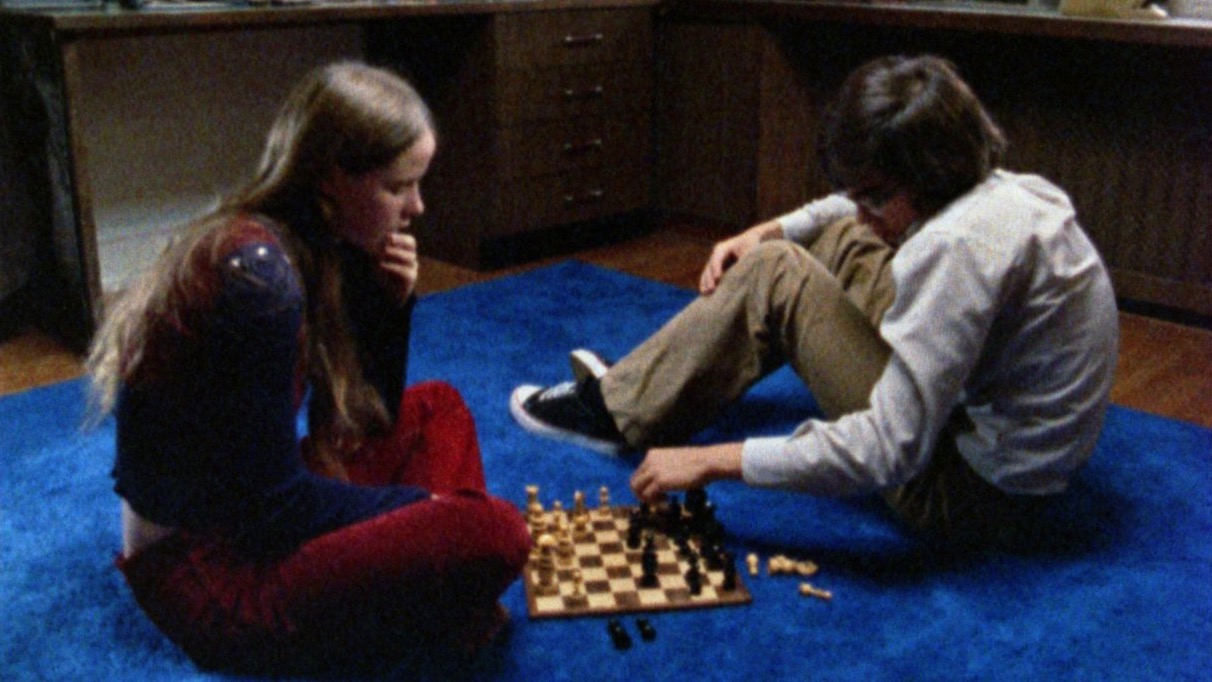 One of the surprise hits of the 1973 Cannes Film Festival was the low-budget coming of age film Jeremy, an unassuming drama starring two unknowns and directed by an American documentarian whose low-key approach yielded powerful emotional effects. Sixteen-year old Robby Benson had been acting on Broadway since he was nine but was fairly new to movies; his co-star, Glynnis O’Connor, was even less experienced and fluked into her part when she tagged along with her brother Darren (who starred in another interesting 70s high school movie, To Find a Man, the year before) on his audition for the part Benson would play. Kismet led not only to Benson and O’Connor finding real-life romance, but to their creating an indelible cinematic portrait of teenage love and longing. Jeremy’s resources and aims couldn’t be humbler or less pretentious; there’s not really much more to the plot than a high school sophomore developing a crush on a girl and mustering up the courage to call her before they embark on a sweetly delicate relationship threatened by the practical realities of adult life. Within this simple premise, however, director Arthur Barron and his actors generate a wealth of remarkable observations and insights, capturing the anxiety and delight of first love with so much authenticity that almost all other teen movies, even good ones, seem phony by comparison. Although Jeremy was highly regarded in its time, the film has slipped into obscurity somewhat in recent years; hopefully that will change with the arrival of the new Fun City Editions Blu-ray of the picture, which includes several excellent extra features. My personal favorites: a “Trailer From Hell” commentary by screenwriter and Jeremy enthusiast Larry Karaszewski, who supplies a succinct but passionate and informative overview of the movie’s production and release history; and a 20-minute featurette in which Benson and O’Connor recall the making of the film and the impact it and their off-camera relationship had on their lives. It’s a beautiful postscript to a beautiful movie.

Another essential youth film, Michael Ritchie’s The Bad News Bears (1976) also debuts on Blu-ray this month courtesy of Imprint Films. Ritchie is one of the great directors of the 1970s, a sharp-eyed chronicler of the dark side of the American competitive spirit who gravitated toward satires about either sports (Downhill Racer, Semi-Tough, Bears) or politics (The Candidate). The Bad News Bears, a comedy about an alcoholic pool cleaner (Walter Matthau) who cynically takes a job coaching a little league baseball team and finds himself emotionally invested in the kids’ prospects, has the superficial appearance of a lighter and more formulaic work than Ritchie’s other ’70s pictures; yet Ritchie and screenwriter Bill Lancaster (who would later write John Carpenter’s great remake of The Thing) drain the film of any obvious sentimentality and subtly infuse their ostensibly lightweight baseball comedy with questions about what it really means to win in a society whose values have been corrupted – in its own sneaky way, The Bad News Bears is every bit as much a product of Watergate and the Vietnam War as The Conversation or Night Moves. What’s really remarkable about it is the way in which Ritchie is ultimately able to have his cake and eat it too; he delivers a finale that pushes against sports movie clichés but still delivers the obligatory sense of emotional satisfaction, and the movie as a whole delivers consistently big laughs without diluting its underlying acidity. To that end it’s a kind of transition film that looks forward to the mainstream comedies (Fletch, The Golden Child) that Ritchie would pivot to in the 1980s. The Bad News Bears is one of several highly recommended new Imprint releases alongside Blu-ray premieres of Jonathan Mostow’s lean, propulsive 1997 thriller Breakdown and John Frankenheimer’s suspense classic Black Sunday (1977). All three discs are appointed with Imprint’s usual array of fine special features; my personal favorite is film scholar Stephen Prince’s superb audio commentary on Black Sunday, which covers everything from lenses and blocking to structure, political context, and performance.

Excellent commentaries can also be found on two new Blu-rays from Warner Archive, The Bermuda Depths and Isle of the Dead. Both films are modestly resourced horror gems in which the filmmakers transcend their limited means; each belongs to a specific low-budget tradition (the 1945 Isle of the Dead to that of the Hollywood B-picture and the 1978 The Bermuda Depths to the made-for-TV movie) with tightly circumscribed formal requirements that the directors manipulate to their own ends. Isle of Dead, which comes with a comprehensive commentary track by film historian Dr. Steve Haberman, is one of the nine great genre pictures that producer Val Lewton oversaw at RKO in the 1940s, and his first with actor Boris Karloff after that horror icon fled his successful but unhappy reign at Universal Studios. RKO gave Karloff the same thing it gave Lewton and Isle director Mark Robson: less money but more creative freedom, and the result was a film Martin Scorsese has called one of the scariest movies ever made. I wouldn’t go that far, but this tale of a group of strangers quarantined on an island where they’re threatened by mysterious supernatural terrors is definitely a great case study in how to make the most of a simple but strong premise and a handful of sets; through slick sleight of hand cutting and expressionistic sound design, Isle of the Dead slowly but surely generates tension both visceral and philosophical (Karloff’s grim but committed Greek general is one of the most morally complicated leads you’ll find in any B-movie of the era). The Bermuda Depths similarly exploits a handful of characters in an isolated locale to tell a dreamlike fable of uncommon stylistic distinction given its lineage. There’s barely any dialogue in the opening act, which sets up a charming fantasy world that has more in common with Jean Cocteau than a typical ABC movie of the week; the movie then adroitly shifts between adventure, romance, and horror in ways that are consistently surprising and involving. Warner Archive’s Blu-ray contains a great commentary by TV experts Amanda Reyes and Lance Vaughan; Reyes literally wrote the book on made-for-television features (her Are You in the House Alone: A TV Movie Compendium 1964-1999 is an essential resource), and her encyclopedic knowledge is on full display here.