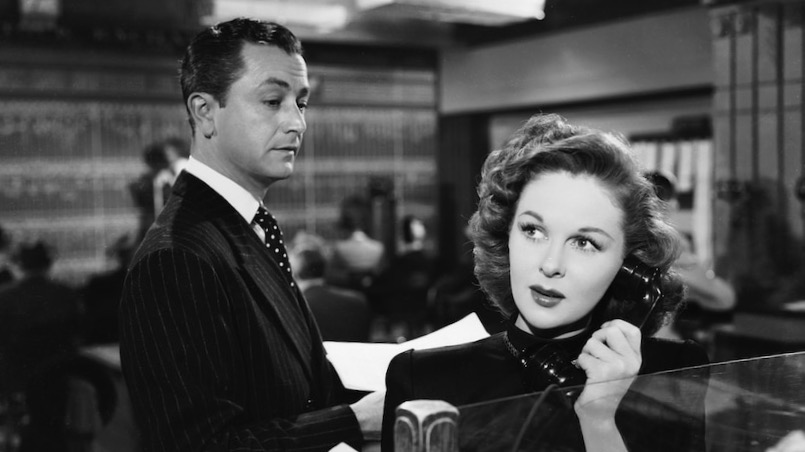 One of the great American films of the early 2000s hits Blu-ray for the first time with Imprint’s exceptional special edition of Mark Pellington’s The Mothman Prophecies (2002), a truly unique thriller that has only improved with age. Loosely based on true events, The Mothman Prophecies follows a Washington Post reporter (Richard Gere) who finds himself at the center of a series of inexplicable supernatural events following his wife’s tragic death. Although Pellington explicitly set out to avoid making a conventional horror film – there are very few glimpses of the title creature and no gratuitous shocks – the movie generates a palpable sense of unease that’s far more disturbing and resonant than a more typically aggressive thriller. This is due to a number of factors, from Claude Letessier’s densely constructed sound design and Fred Murphy’s impressionistic cinematography to Pellington’s unerring cinematic eye when it comes to conveying point of view; the movie is a clinic in using framing and lenses both to give a sense of creepy voyeurism and to illustrate the Gere character’s increasingly tenuous grasp on reality. Although it’s a studio genre picture, Pellington’s sources of inspiration seem to come more from experimental film than any commercial product, and his evocation of Gere’s anguish cuts very, very deep. The result is a kind of a bridge between Pellington’s innovative early work for MTV and his later masterpieces about grief and loss (I Melt With You, The Last Word, Nostalgia), and a one of a kind sensory experience for the viewer. The Imprint Blu-ray contains hours of fantastic extra features, including an instructive and candid director’s video diary, incisive audio commentary, and in-depth new interviews with Pellington, editor Brian Berdan, production designer Richard Hoover, and composers Tomandandy.

Also highly recommended from Imprint: their new Blu-ray of the Howard Hawks-Ben Hecht-Howard Hughes version of Scarface (1932), which is worth picking up for the Drew Casper audio narration alone. Casper, a USC film school professor who has recorded many fine commentaries in the past, is in top form here analyzing Hawks’ direction, Hecht’s script, the historical context in which producer Howard Hughes operated and the role that Scarface played in initiating the gangster film boom that lasted throughout the 1930s. The movie itself remains one of the most energetic and impressive early sound films, a picture with dynamic camerawork that doesn’t give away the limitations of the era’s cumbersome recording technology. The attitudes are energetic and modern too, aside from a few moralizing speeches and title cards necessitated by the censors; these admonitions about the scourge of organized crime are hilariously stilted by comparison to the rest of Hawks’ gleefully amoral action flick, which revels in the excesses of its protagonist with the same robust enthusiasm as Brian DePalma’s remake over 50 years later. Yet like the DePalma picture, Hawks’ Scarface undercuts its own sensationalism with moments of startling brutality and immediacy; Hawks is particularly adept at using offscreen sound to suggest the collateral damage inflicted by hero Tony Camonte’s crime spree. As a result, the censor-imposed additions actually dilute the film’s subtler but far more effective cinematic arguments against Camonte’s ferocious gangsterism. Aside from boasting an excellent transfer and that beauty of an audio commentary, Imprint’s special edition contains two enlightening scholarly interviews (with Matthew Sweet and Tony Rayns), an introduction by Turner Classic Movies host Robert Osborne, and both the original and censored versions of the film, along with an alternate ending. Both Scarface and The Mothman Prophecies are limited editions, so snap them up while you can.

This month also sees the Blu-ray release of an all-time great film noir, the 1947 stunner They Won’t Believe Me, restored by Warner Archive to its original theatrical release length. Up until now most American video and television copies of They Won’t Believe Me have been missing around 15 minutes, a criminal state of affairs given the intricate, razor-sharp plotting of Jonathan Latimer’s script. Working from source material by Gordon McDonell (who also wrote the story for Alfred Hitchcock’s Shadow of a Doubt), Latimer constructs a twisty meditation on avarice and lust that’s every bit as convoluted and cynical as the better-known Double Indemnity and Out of the Past. Amoral cad Robert Young (about as far from his genial patriarch on Father Knows Best as you can get) betrays his loving rich wife (Rita Johnson) at every chance he gets, first with Out of the Past’s Jane Greer and then with self-described gold digger Susan Hayward; a series of unpredictable coincidences initially seem to give Young a way out of his lucrative but suffocating marriage, until the inexorable hand of fate comes down hard on him in a manner familiar to any noir enthusiast. Familiar in terms of theme, at least; when it comes to execution, Latimer and director Irving Pichel dole out one surprise after another, right up until one of the most ironic and unexpected finales in Hollywood history. They Won’t Believe Me was the second of three excellent RKO pictures produced by Joan Harrison, a frequent Alfred Hitchcock collaborator who knew how to assemble a first-rate thriller; every component of this movie, from Harry Wild’s atmospheric photography to Pichel’s elegant staging and the aggressively unsympathetic performances, is perfectly calibrated to yield a classic ripe for rediscovery.