A Musuem of One’s Own: Jessica Oreck on Her Office of Collecting and Design 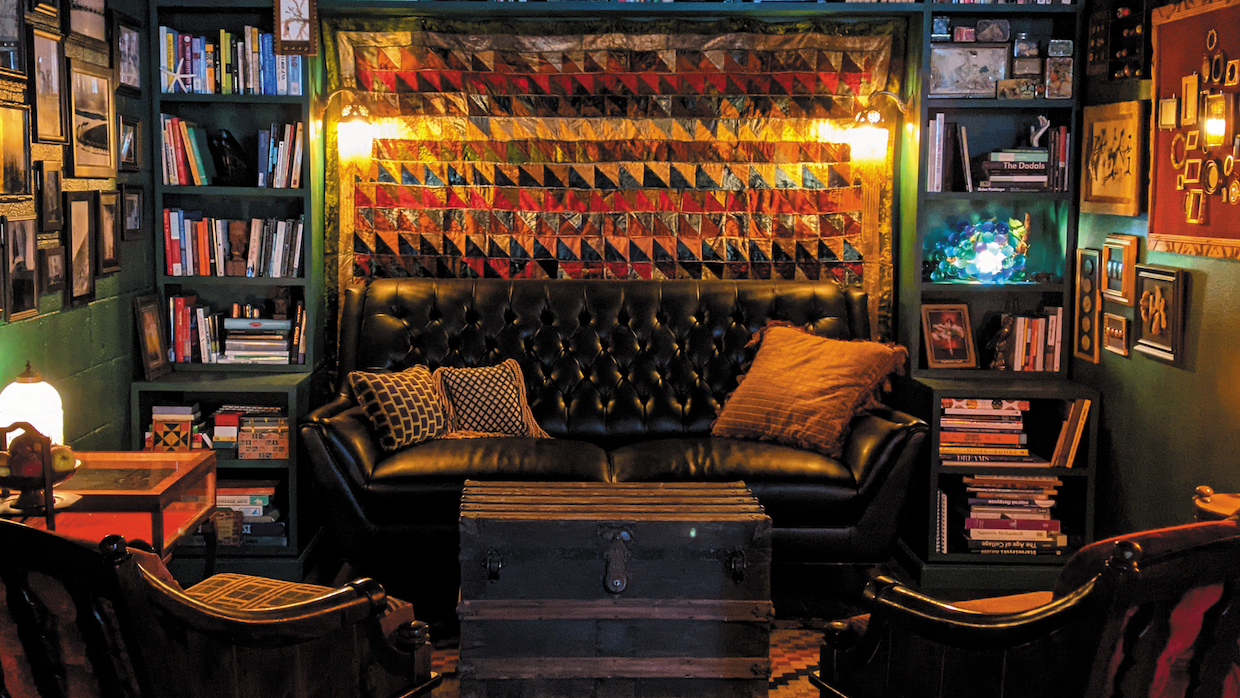 Office of Collecting and Design

Drawers of marbles and buttons, a wall of picture frames with nothing in them, empty matchboxes, broken dice and a tray of antique doll eyes, irises fixed in hopeful stares beneath the swoop of their curled eyelashes. These are just a few of the uncanny items you’ll find in the Office of Collecting and Design, a museum full of, in the words of its creator, filmmaker Jessica Oreck (Beetle Queen Conquers Tokyo, One Man Dies a Million Times), “lost and forgotten objects, things that people don’t think are valuable but have too much charm to throw away. These are things that live on the edge of being useless, but in their uselessness [they] have value to me.”

The Office of Collecting and Design opened just months ago in Las Vegas, nestled within the city’s Commercial Center, a sprawling shopping complex one mile east of the Strip. Led Zeppelin once played the Center’s Ice Palace, famous entertainers dined and shopped there, but in recent decades, the Commercial Center has embraced a more polyglot identity. It’s been home to everything from the city’s best Thai restaurant (Arawan) to the Las Vegas Youth Orchestra to a large transgender sex worker community. For Oreck, The Center was an inviting and natural spot for her museum, an idea she hatched after spending several years abroad.

“My husband is in the Air Force,” Oreck says. “We were in Germany for four years, South Korea for a year and a half, now he’s stationed in Vegas. I’ve always wanted to open this museum, and when we finally got back to the States, I was like, ‘OK, this is the moment.’ Then, COVID made it a little bit more complicated. But, yeah, now here we are in Vegas with a tiny museum.”

The museum has walk-in hours on Wednesdays, although “most visitors come by appointment,” Oreck says. There’s no entry fee, but patrons pay to create their own flat lays—objects arranged on a surface, then photographed from above. Oreck posts the flat lays on Instagram, and visitors also leave with a copy of the photograph.

“Some people wander in off the street, and then they just wander back out,” says Oreck. “But anyone who is here for any extended amount of time [realizes], ‘Oh my gosh, this is endless.’ Everything here is very rickety, so you have to be really careful. But I encourage everybody to open all the drawers and all the boxes. We had somebody stay the other day for seven hours. It’s a really small space, only 800 square feet, but there’s enough here to do that.” The museum also contains a public reading room, which seats about 10, where Oreck will host screenings and salon talks.

While making her first feature, 2009’s Beetle Queen, Oreck worked a day job at the American Museum of Natural History’s live exhibitions department. After four features and many shorts, the director may seem to be traveling full circle back to the gallery world with the Office of Collecting and Design. But Oreck, who says she has a “love/hate relationship” with feature filmmaking—“I make a film and say, ‘I’m never doing that again,’ then I return to it eventually”—doesn’t see it that way. She also directs various stop-motion animation projects and educational web content, and the Office doubles as both an animation studio and prop house, holding collections sourced from estate sales and flea markets that previously had been “spread all over the world in storage units, and parents’ and grandparents’ houses.” Oreck says, “For the first time I get to have all of my collections and objects at my fingertips, and it makes everything so much more pleasurable.”

A cinematic sensibility permeates the whole endeavor, not just in the theatricality of the museum’s interior design but in the sense of drama and mystery contained within these seemingly random objects, collected according to some ineffable taxonomy. “Filmmaking is about creating atmosphere,” says Oreck. “I’m very uninterested in characters and narrative. I’m really just trying to create a mood and a really immersive, tactile, textural environment. So, this feels like a very natural progression for me.”

Whether it’s her film or museum work, Oreck says she’s continually interested in “the routines and rituals that get overlooked because they’re such a part of our habits—the sort of liminal space between belonging and trash, habit and ritual, value and meaning.” By re-instilling meaning in random detritus or seemingly insignificant possessions discarded by a family when a loved one passes, Oreck functions as a kind of anti-Marie Kondo, whose minimalist mantra is oriented around the letting go. “She’s like my mortal enemy,” Oreck laughs. “I have nothing against her, and I know she works for a lot of people, but it’s definitely not my style! But it is a weird conundrum, to be biological and attached to nonbiological objects.” 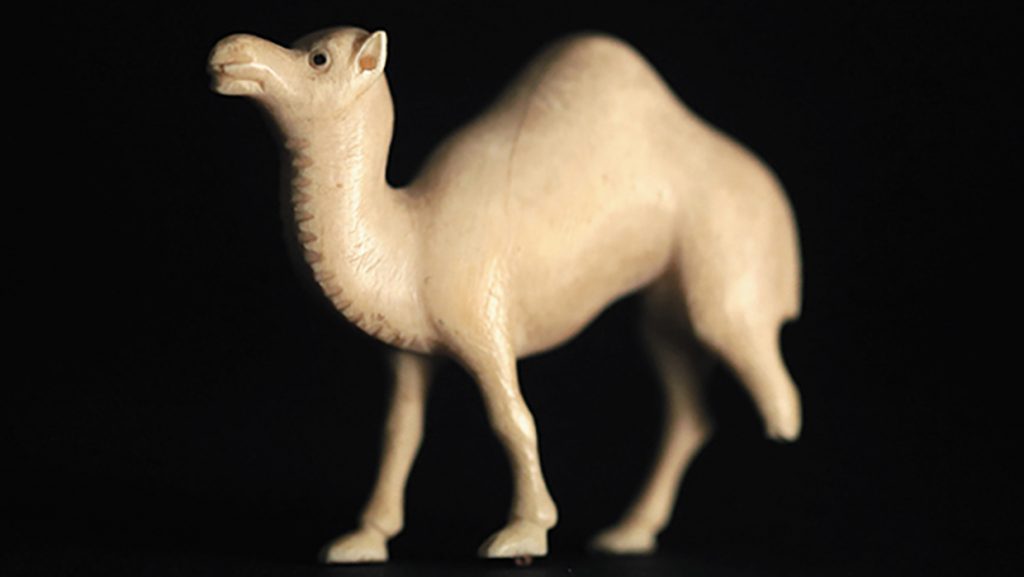 I have such a soft spot for three-legged animal  figures. I love the way they often have to lean against one another for support.  This guy is one of my favorites and was given to me by fellow filmmaker G. Anthony Svatek. Probably a quarter of the museum is made up of gifts and donations. — Jessica Oreck 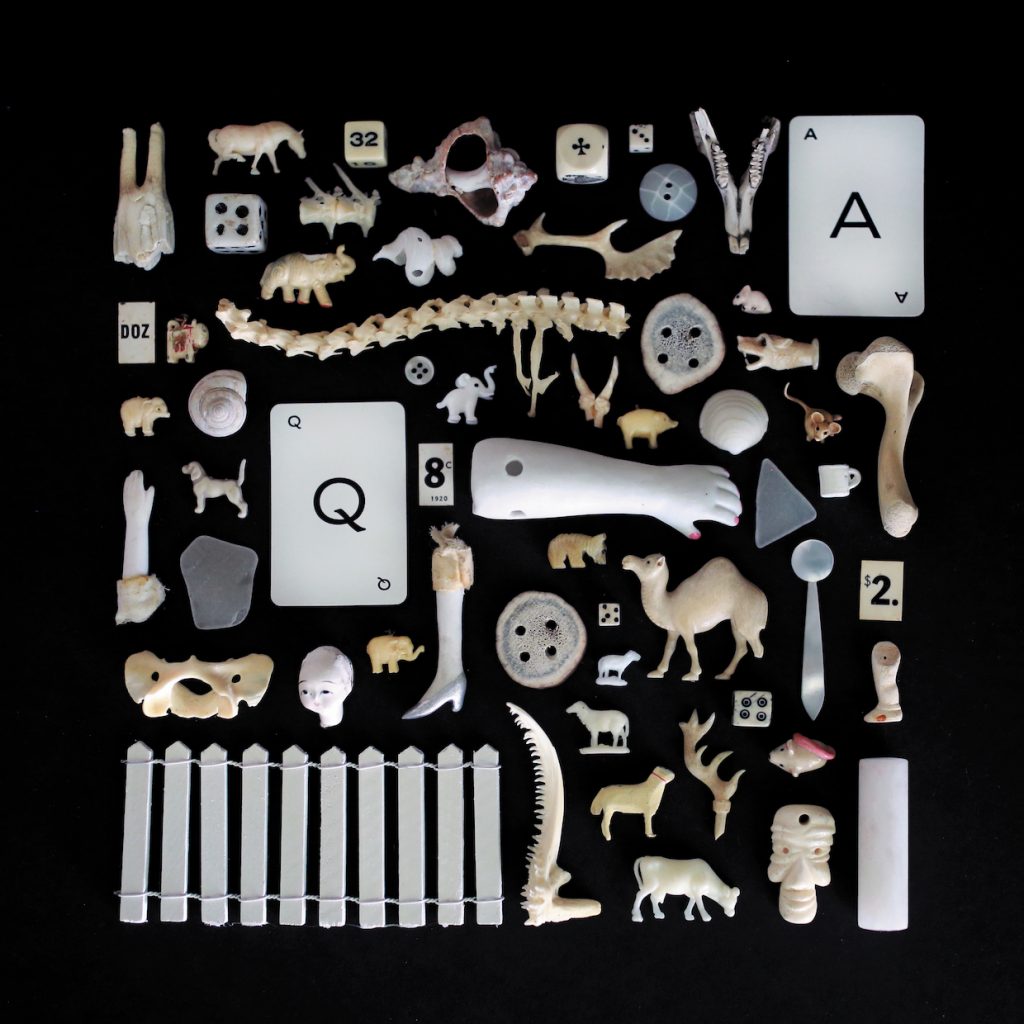 Part of the pleasure of the museum is that it is never static. Not only are the collections growing and changing regularly, but the space is also intended to be interactive. Drawers are meant to be opened, box lids are meant to be lifted and the objects are meant to be sorted and arranged. Visitors can book an appointment to create their own flat lay like this one and walk away with an instant film print. — Oreck 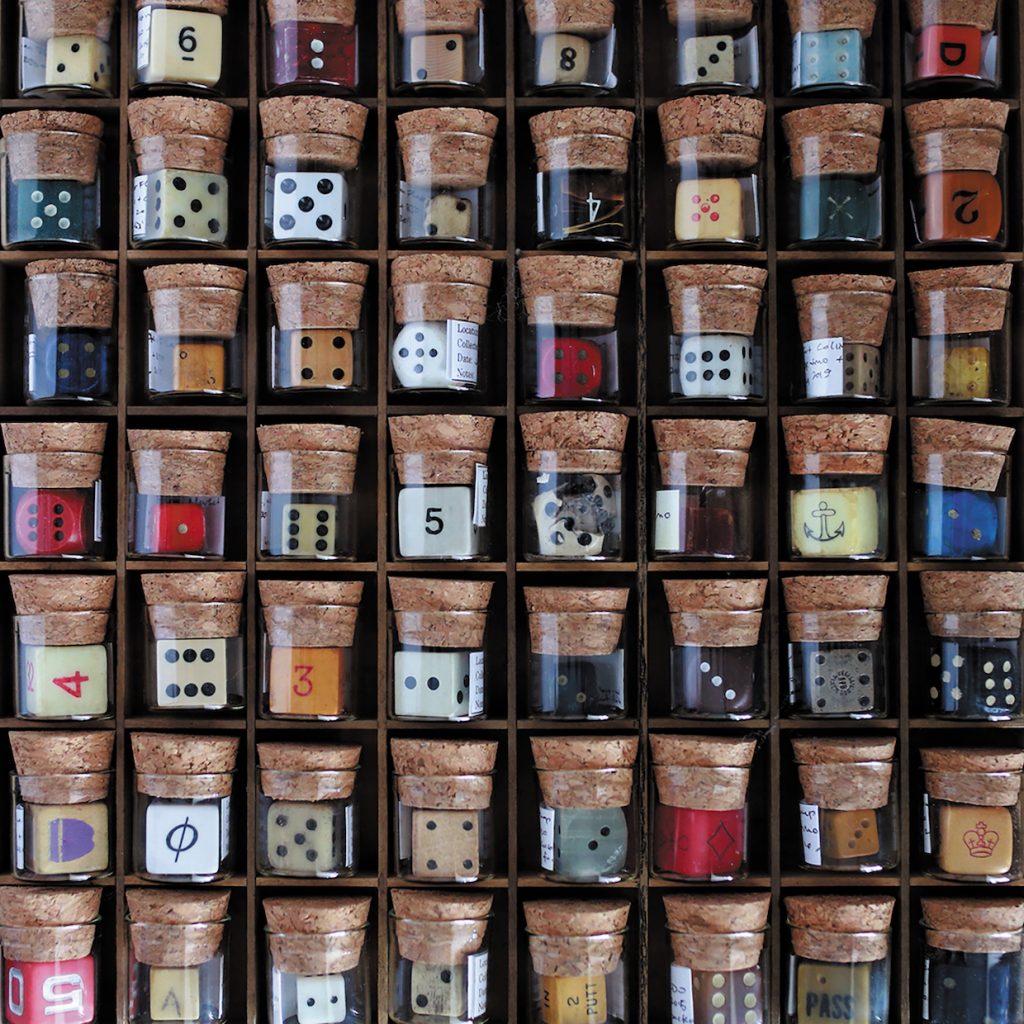 The collection of vintage, unusual and unplayable dice is my largest collection. I was probably 13 or so when my aunt gave me a tiny box of even tinier dice that had belonged to my great-grandmother. According to my parents, I have been a collector since I was a toddler. But, to me, that box of dice marks the more conscious beginning. — Oreck 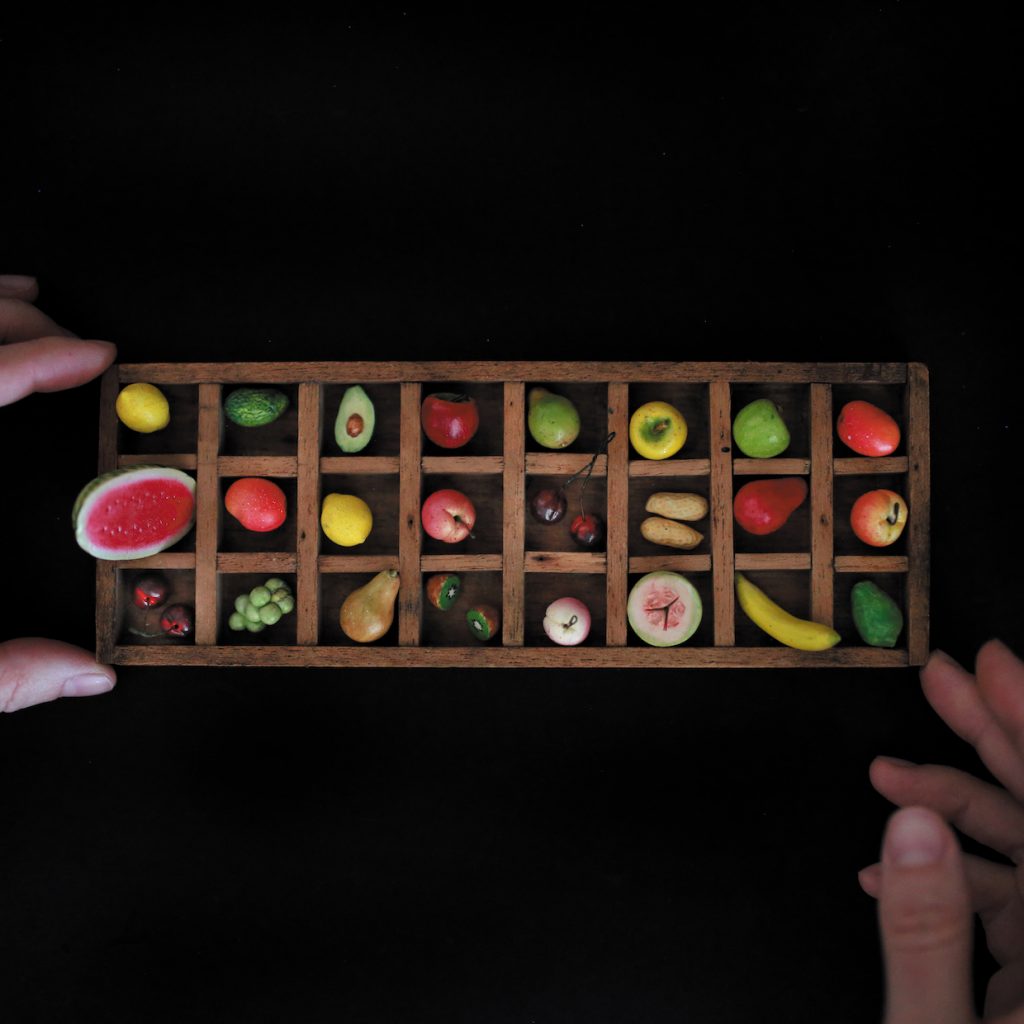 This minuscule, vintage, porcelain fruit salad is just a portion of a collection of tiny fruits on display. — Oreck

Office of Collecting and Design is open to the public on Wednesdays, from 10:00 a.m. to 5:00 p.m. All other times require an appointment. Visit the museum at officeofcollecting.com or on Instagram at @office.of.collecting.