From the Filmmaker Newsletter: Spending Time with Raúl Ruiz and Caveh Zahedi 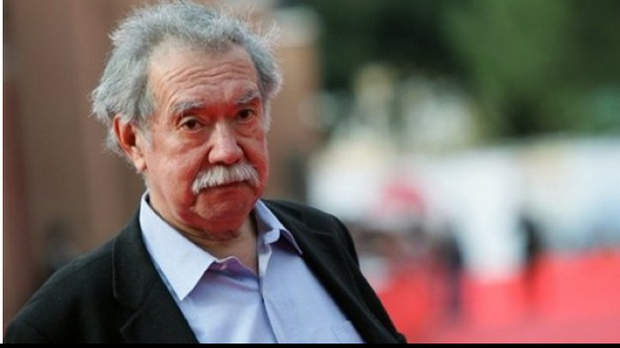 Each week I write a free Filmmaker newsletter that’s normally not published on this site. Letters range from links and recommendations to longer-form pieces and article first passes. Here’s a newsletter that was sent out June 18 that received a lot of response. With Caveh Zahedi finishing his Kickstarter campaign with a 24-hour telethon, and Jaime Grijalba’s Ruiz Diaries continuing, I thought I’d post it here. You can subscribe to the Filmmaker newsletter at the link. — SM

I’ve recently been spending time each day with Raúl Ruiz and Caveh Zahedi. Not literally, of course — Raúl died in 2011, and while I’ve known Caveh for nearly 30 years, it’s not like we regularly hang out. But both are the authors of digital communiques that land on my phone almost every day, and they’re usually the first things I read and listen to. In the case of Raúl, I’m reading the diaries of the great, insanely prolific Chilean director as translated by Jaime Grijalba and arriving most days in the form of a Tiny Letter. Grijalba began his project with Raul’s 11/21/93 entry, written at “Cafe de la Bastilla,” which, I’m guessing, is Cafe Bastille, just down the street from Robin O’Hara’s and my apartment at 11 rue Daval and the site of many meetings with fellow producers and directors during our own time in Paris. “Today I start this film diary,” Raúl writes (with Grijalba injecting translation notes), “the first in 52 years of life. Reasons? None. Something unlocked (Gallicism) in my head. Curiosity to see what happens when one goes back in a moment of day and to calendar (Milanese verb) hour by hour.” The debut entry encompasses themes and subjects that will be constants in the diaries: urban flaneury, food (here, potatoes boiled in chicken broth and an apparent misfire: “capers, truffle oil, saffron pistils and some grains of honey pollen, and the result was dead sparrow feathers”), literature (Cyril Connolly’s The Unquiet Grave), and film production, which, throughout the diaries, is written about with summary bluntness (producer and funding problems) or, often, with a mysterious poetry. About rehearsing a film, Fado, Major and Minor, an adaptation of Dostoevsky’s The Eternal Husband, Raúl seems to be saying something about the value of swapping out crew and collaborators: “It’s not bad to mix-up technicians and artists, specially in these moments in which artists long for technicality, and the technicians élan creator. Bad times. Bad hour for those who think that can create, fund, invert sovereign images. Waterfalls unchained by a single and simple gesture (like turning on the light at your home after arriving at midnight).”

Seven-hundred entries later Grijalba has moved Raúl into the aughts, with the director finishing shooting his film Savage Souls amidst “dark, cloudy, rainy cold days in Paris.” Raúl is also strolling into DVD stores, buying a copy of Out of the Past and reading Cocteau’s Les Enfants Terribles, a new adaptation of which Robin and I were developing years ago. Raúl’s wife, Valeria Sarmiento, has come to visit, there are real estate issues, and, always several films ahead, he is reading Jacques Attali’s biography of Blaise Pascal as research for his next production.

Many years ago I was walking in Paris with Gaspar Noe and Jan Kounen, and we spotted Raúl across the street. We crossed to say hello, and Raúl, who I hadn’t seen in more than a decade, immediately asked me, “Do you still have your little dog?” (Our dog Trixie had been in Raul’s The Golden Boat.) Reading Grijalba’s translations of Raúl every day, the quasi-epistolary format produces a kind of time travel. My days pass in parallel to his. I settle into the flow of his musings, concerns, anxieties and triumphs, worry about his funding and his start dates, imagine him still strolling those same Paris streets in search of another rare edition or region-free DVD….

Zahedi’s project began more recently — just this year. 365 Stories I Want to Tell You Before We Both Die is the director’s year-long, daily podcast in which Caveh falls down one memory hole or another and narrates autobiographical tales in concise four-minutes or less. (As some readers know, I grow to resent overly long podcasts, so I know Caveh’s will never wear out its welcome.) Caveh seems to possess near-Knausgårdian levels of recall, animating tales from across his 61 years with equal measures of enthusiasm, wonder and self-analysis. Among the topics have been the biggest problem in Caveh’s life (his son’s animosity towards his younger daughter), a monster he saw on a camping trip in Corsica, working at McDonald’s (a particularly revolting episode — I’d skip that one if you ever eat fast food), a year-long scam to get free lunches while in college, and a dream about his poisoning death at the hands of his father. There’s of course much on filmmaking — casting his film I Am a Sex Addict, a disastrous studio meeting after the success of his first feature, A Little Stiff, and even one installment about his attempt to swear off filmmaking forever.

Speaking of A Little Stiff, for the very first issue of Off-Hollywood Report (a precursor magazine to Filmmaker edited by James Schamus and published by IFP, now The Gotham), I wrote an article about UCLA film students making features instead of thesis shorts. One of the films I wrote about was A Little Stiff, which Caveh directed with Greg Watkins. Whatever happened to Greg Watkins, I wondered when A Little Stiff came up in the podcast? Well, there’s an episode called “Greg” that gave me the answer. (He left film to study transpersonal psychology.) The “Greg” episode does more, though, because in the tale of Caveh’s devastation at losing a filmmaking partner, he thoughtfully expounds on the modulations that occur over decades between friends as interests and lives diverge. It’s a great mini-essay on friendship itself.

If in The Ruiz Diaries, Raúl is writing about what is now the past in his own present tense, Caveh is speaking about the past — decades ago or just days — with the perspective that the future brings. And he does it with a light touch. There are life lessons here to be sure, but also just a lot of great stories.

Taking in both Raúl and Caveh each day, it was inevitable that the two would converge, like characters crossing over within the MCU. This occurred about a week ago, on June 10, in an episode called “Film About a Stick.” Caveh’s living in Paris and he’s befriended Raúl, who imparts lots of filmmaking wisdom, including about taking money a producer gives you for a location shoot and shooting an entire feature in the spot instead. When Caveh asks Raul how he gets all his ideas, Raul replies, “You can make a film about anything. You can make a film about a stick.” Caveh becomes obsessed with this idea, wondering what a film about a stick would be like, exploring various phenomenological approachs before realizing the larger notion contained within Raul’s advice. Caveh concludes, “I feel like every film I make is a variation on Ruiz’s idea of a film about a stick.”

See you next week.