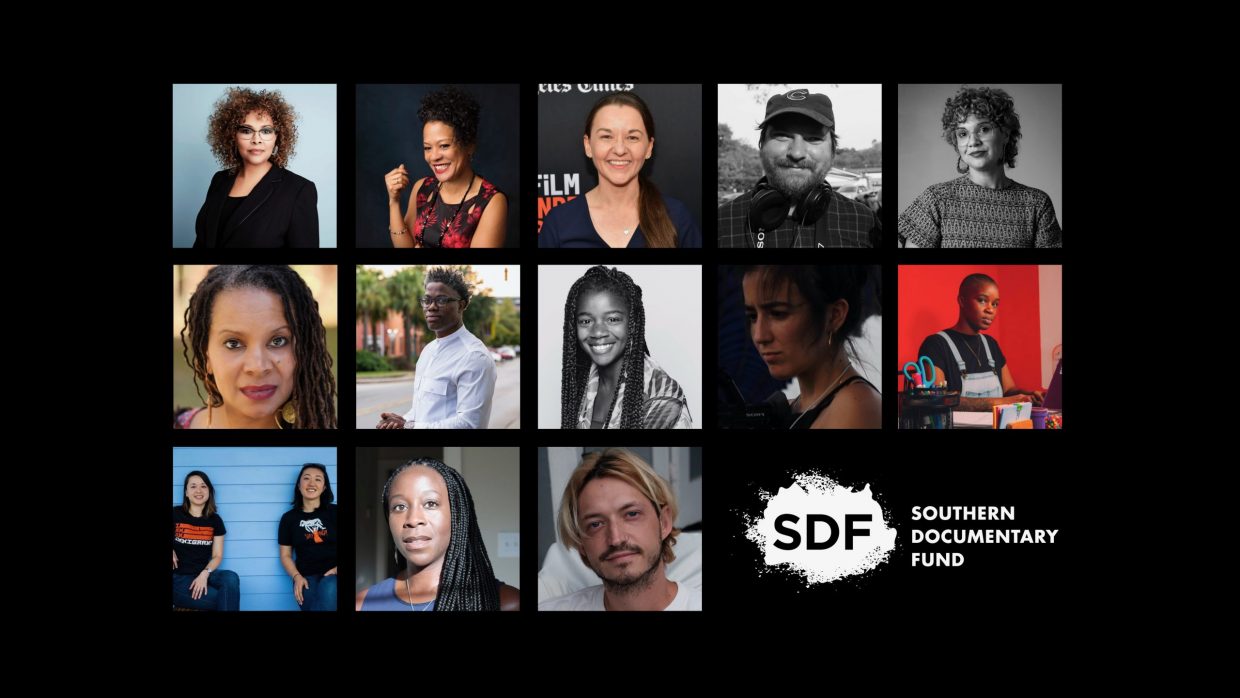 The Southern Documentary Fund has just announced ten projects that will receive $10,000 production grants, unrestricted funds supporting projects in varying stages of productions. Half the grants go with aspiring and emerging makers, while non-first-time filmmakers include Julie Dash, whose highly influential Daughters of the Dust was the first feature directed by an African American woman to receive general theatrical release in the U.S. Says  Southern Documentary Fund Executive Director Kristy Garcia Breneman in a press release, “This year’s applicant pool was rich with Southern talent, telling a vast range of powerful stories from across our region – we were thrilled to be able to expand the recipients from five to ten grantees. It is an honor to support these voices that are critical to a more accurate telling of America’s story – both historic and current.”

Dash’s Paris-set feature, Travel Notes of a Geechee Girl, tells the story of a South Carolinian Geechee girl who (and former member of the Sun Ra Arkestra) whose best-selling cookbook changes dialogues around women, race and food. Other notable grants include Emmy-nominated producer and filmmaker Ashley York’s doc series on Appalachia, Dear Appalachia; Daresha Kyi’s feature doc about the founders of the Black Voters Matter Fund and Georgia elections, Black Voters Matter; and Robie Flores’s The In-Between, a portrait of fronterizo life and identity produced by Alejandro Flores along with Time producer Kellen Quinn.

The complete list of grant winners and the focus of their documentaries are listed below and  can also be found here.

Black Voters Matter
Director: Daresha Kyi
Producer: Trevite Willis
Feature length documentary about the co-founders of the Black Voters Matter Fund, Cliff Albright and LaTosha Brown, the work they do to empower African American communities especially in the rural South, and the crucial role they played in flipping Georgia from red to blue in the 2020 presidential election and the 2021 Georgia Senate run-offs.

Dear Appalachia
Director: Ashley York
Producer: Crystal Good & John Fee
Documentary series that highlights a commonly misunderstood place within the United States. Each episode has its own narrative arc and interweaves multiple narrative threads using cinéma vérité storytelling combined with personal interviews and archival material. Each episode will be directed and produced by filmmakers from the region in an effort to empower Appalachians to tell their own stories.

Inheritance
Director: Maria Warith-Wade
Producer: Aaron C. Wade
As the nation looks to Richmond, VA, to reckon with its Confederate legacy, this filmmaker sets out to uncover the housing system’s revisionist history: which has left her hometown divided and allowed segregation to thrive.

May the Lord Watch: The Little Brother Story
Director: Holland Randolph Gallagher
Producer: Phonte Coleman
The story of Little Brother, North Carolina’s preeminent rap group. Composed of rapper Big Pooh, Phonte, and producer 9th Wonder, MTLW details the rise, disbandment, and ultimate reunion of a Southern rap group that stayed in the South, rooted to their grounded artistic style against pressures to transform into a stereotype of imagined blackness. The Little Brother story is a story of the enduring nature of music, place, and friendship.

Saltwata Vibes
Director: Sherard Duvall
Feature length documentary film about Gullah Geechee Afrofuturism. A brother and sister go on a journey to explore how Gullah Geechee young people on the coast of South Carolina are redefining their culture and to see if, together, they can create a modern contemporary music that could represent the sound of the Gullah Geechee of tomorrow.

The Body Is Not a Thing
Co-Directors: Monica Villavicencio & Stephanie Liu
In the thick of menopause, three women question everything they’ve been told about aging to find new narratives in unlikely places.

The In Between
Director: Robie Flores
Producers: Alejandro Flores & Kellen Quinn
A lyrical coming-of-age portrait of growing up on the U.S.-Mexico border that celebrates and explores how the fronterizo identity takes shape. Following a chronology from early childhood to adolescence, the contours of formative moments emerge – mundane and momentous. As the experiences of the children unfold, the director’s own thoughts and memories weave between and around them, with the narration acting like the hand that turns the kaleidoscope to constantly reveal new shapes and facets of the fronterizo identity – and her own evolving relationship to it.

This Belongs to Us
Director: Atinuke Diver
Chronicles the stories of Black women brewers in the American South and explores their journeys of reclamation and revival as they navigate the predominantly white, male-dominated industry of craft beer in the United States.

Travel Notes of a Geechee Girl
Director: Julie Dash
Producer: Rachel Watanabe-Batton
In search of her authentic self, a South Carolinian Geechee girl wakes up in Paris realizing she’s just another starving writer living at the Beat Hotel; after a failed marriage and work as a Moon Goddess with the Sun Ra Arkestra, her bestselling cookbook changes how the world talks about women, race, and food.