“Style Is the Choices That Are Made When Placing the Camera”: DP Andrew Wheeler on God’s Country 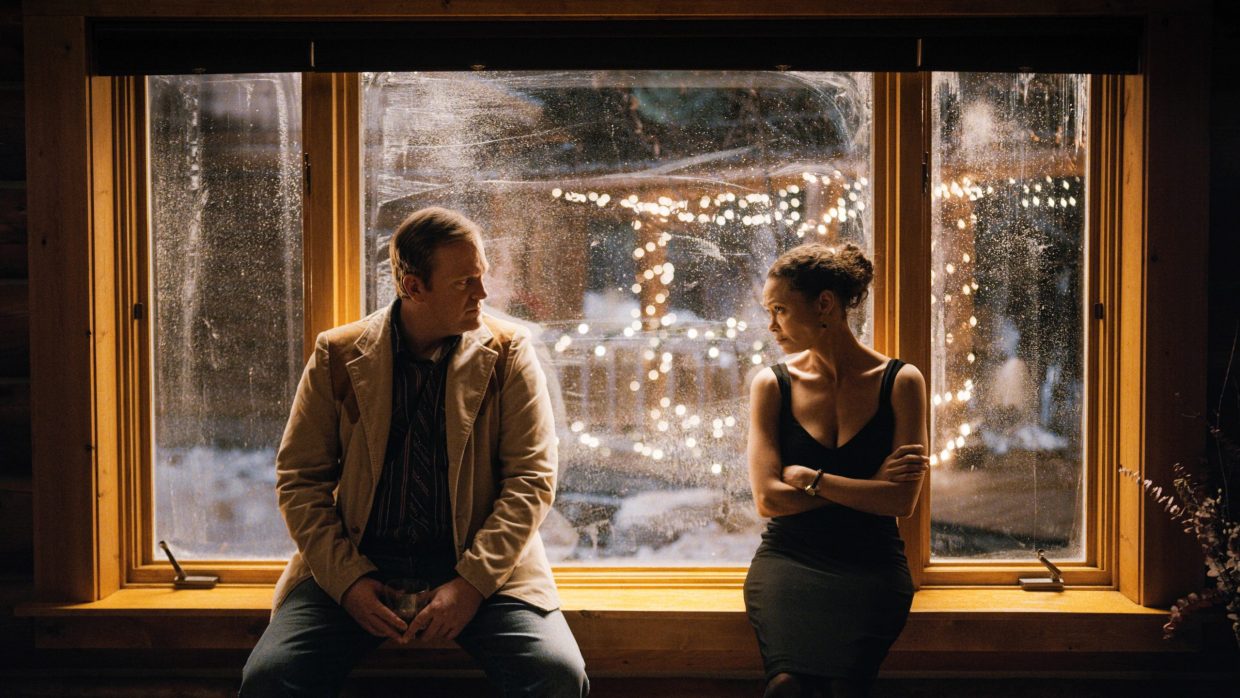 In God’s Country, a professor navigating discrimination in the workplace whose patience is tested by a pair of hunters who trespass on her property. Anchored by the performance of Thandiwe Newton, Julian Higgins’ feature debut is an understated examination of the human spirit and a woman who refuses to surrender to expectation and stereotype. Andrew Wheeler discusses the importance of camera placement in he film and how his landscape photography prepared him to serve as DP.

Wheeler: Julian and I met at AFI. We worked together on a first-year film and then teamed up in our second, for our thesis, Thief, which won the Student Academy Award. In 2014 we shot a short film titled Winter Light, which was shortlisted for the 2016 Academy Awards. Both Winter Light and God’s Country are based on the James Lee Burke short story Winter Light. While the short is a fairly direct adaptation of the original text, God’s Country maintains a similar plot but has a different story. Julian and I have worked together for 13 years and have actually been working on this particular project together, in one form or another, for seven years.

Wheeler: The number one goal was to make an impactful film; one that, at its most successful, inspires meaningful conversations and questions about potentially challenging topics. Our guiding principle was to place the audience with the character. That’s how we made decisions. We were constantly discussing what we wanted the audience to feel. We strove for simplicity in the photography. The camera is patient, and it’s positioning- and movement-motivated. The camera was never to look “at” Sandra (the lead), it was always to be “with” her.

For example, there are almost never over the shoulder shots on to Sandra. The objective of the movie, again, was to place the audience with her. Anytime we didn’t do that, it stuck out like a sore thumb.

Wheeler: I think that Montana itself is the visual inspiration. I live in Montana part-time and have taken thousands of photos up there. Those images had an inherent influence on the look of the film. I feel like Julian and I don’t find our inspiration in the usual ways. We don’t really watch movies, look at photos, art, etc., to single out lighting or color palettes. Instead, there are a lot of conversations. A lot of conversations. There were days where we sat talking, in a tea shop in Livingston, Montana, for hours on end. We talk about the ideas we’re interested in exploring, as well as what we don’t want the movie to be. When we do talk about movies, we talk about them as a whole, their overall tone, not their individual parts, such as lighting, framing, and movement.

One film we kept coming back to was Foxcatcher, which felt like an appropriate craft and sensibility reference for God’s Country. More than anything, we talk about camera placement and tone. We often start by discussing a scene and figuring out, if the scene only had one shot, where it would be from. Once you understand where the camera needs to be, then you start to see why it goes there, and a style grows from that perspective. For me, style is the choices that are made when placing the camera. Julian and I are aesthetically aligned and have similar taste, and that allows us to recognize quickly what works and what doesn’t.

Wheeler: The biggest challenges of the film were the elements, distance, time, and COVID. We had a short shooting schedule for the film to begin with; on top of that, our production was shut down in March 2020 due to COVID. While that was frustrating at first, it turned out to be really helpful. Because of the pause in filming, we had the opportunity to review the footage and critique the scenes we had completed. Having that perspective was invaluable as we resumed shooting in February of 2021.

Wheeler: We shot the Panavision DXL2. Julian and I have done every project on film up until this point. Once it was determined that we wouldn’t be able to shoot on film, we felt that large format would best capture the scale of the landscape. I take a lot of still photos in Montana, and the DXL2 sensor size is analogous to those full frame stills. Knowing that, I knew how the landscape would translate. I’ve shot a lot of commercials on the original DXL and the DXL2, so it is a camera system I have become very comfortable with. As for lenses, I knew that this film was going to be shot wide open, so the Panavision Panaspeeds were the obvious option for me. Part of the lens choice was practical, but I’ve also always been fond of their fall off. I also took two semi-uncoated Panavision H Series lenses, both of which ended up being reserved for Thandiwe Newton.

Wheeler: The goal was to enhance what was already present in the various environments. Overall it’s a naturalistic approach. I also wanted to give Julian as much time as possible with the actors on set, so I strove to keep lighting out of the way and to work fast. We had a pretty standard indie lighting package.

Wheeler: One of the largest sequences of the film is a night exterior. Because it was impossible to light miles of landscape and mountains, we were struggling with how we could shoot it and still see details. Being able to see the mountains was important as they are a character in the film and establish geography. Ultimately, we decided shooting dusk/blue hour for night was the best approach. At first it was the most difficult scene because it was one we didn’t know how to execute technically. Once we decided how we were going to do it, it became a logistical challenge because we needed to shoot the scene in increments over the course of several days. This meant that each day the scene was scheduled we were only able to do a couple shots at a time. It again became the most difficult scene, in the color grade, as all of those scattered day for night shots needed to be matched, including some that were done at an entirely different location because of scheduling challenges. Our colorist, Elodie Ichter, did a great job making that happen.

Filmmaker: Finally, describe the finishing of the film. How much of your look was “baked in” versus realized in the DI? If possible, could you fill out the below information about your film’s cinematography?

Wheeler: The look of the film was developed as I began to photograph our locations in prep. I would go back to the hotel, grade the photos in Lightroom, and then share them with Julian to get his thoughts. Our viewing LUT on set was the Light Iron “LI2 Film” LUT. At the end of each shooting day, DIT Chuck Miller would give me R3Ds, which I would then grade in Resolve to set a guideline for the look of the dailies. Chuck would then get graded stills to work off of so that the dailies and offline would reflect the intended final look of the film. He took my grades and definitely made them better.

Going into the DI, we had a good idea of what we wanted the film to look like. We had the great fortune of working with Elodie Ichter at Picture Shop; she made everything that we did on set shine. She comes at it with such great taste and ideas, so you know you’re in good hands. This is my second film with Elodi and I was so happy to have her onboard.