“I Do Take Pride in the Fact that All of the Parties Feel Authentic and Accurate”: Jessica Switch on Producing the Sundance Comedy/Drama, Cha Cha Real Smooth 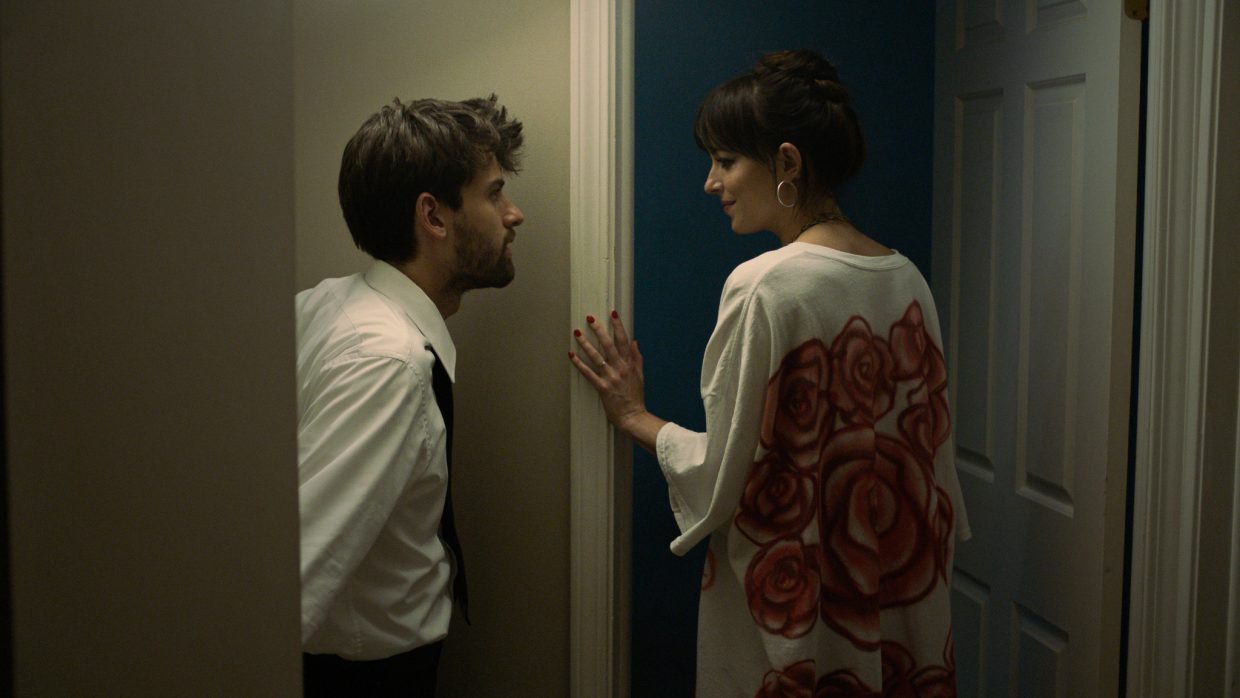 by Scott Macaulay
in Filmmaking, Interviews, Producers
on Jan 28, 2022

The big sale — to Apple for a reported $15 million — of the 2022 Sundance Film Festival, Cha Cha Real Smooth is writer, director and lead actor Cooper Raiff’s follow-up to his 2020 debut, SHITHOUSE. Again essaying a twentysomething young man navigating the indeterminate period before real life and real romance takes hold, Cha Cha Real Smooth finds Raiff’s character, Andrew, working a dead-end fast-food job while working side gigs as a bar mitzvah party starter and babysitter. When he demonstrates a rapport with a 12-year-old autistic girl (Vanessa Burghardt), her mother, Domino (played by Dakota Johnson, also a producer on the film), hires him to sit for her while she attempts to figure out her own relationship with fiance Joseph (Raul Castillo).

Among the producers is first-timer Jessica Switch, who previously executive produced the HBO Max original Unpregnant and worked as an assistant to Lionsgate president of production Mike Paseornek. She’s currently in-house as VP of production and development at Erik Feig’s Picturestart, and in this interview she talks about how she connected to the project, the hardest part of being a producer and the film’s tight Sundance deadline.

Filmmaker: Tell me about the professional path that led you to produce this film, your first? What jobs within and outside of the film industry did you do, and what professional experience best prepared you to be a producer?

Switch: I started as a receptionist at Lionsgate. From there, I was an assistant to the president of production and quickly rose to CE and DOD. When Erik Feig left Lionsgate to start Picturestart, I begged him to hire me. He thankfully did and at Picturestart I was an EP on Unpregnant. Cha Cha Real Smooth is my first film with a producer title but the job is the same.

Filmmaker: How did you connect with Cooper Raiff and wind up producing the film?

Switch: We loved SHITHOUSE, Cooper’s first film, and we had a general meeting set with Cooper. But before we met him, we were sent the Cha Cha Real Smooth script by TeaTime Pictures and WME. We loved it and fought to produce it and co-finance with our partners at Endeavor Content.

Switch: It was shockingly fast because the script was already great when it came to us in January 2021. We did a couple of drafts with Cooper but the heavy lifting was in the budget and getting the film into full prep. The music was also a huge obstacle, because there was so much of it. The start of principal photography was in August 2021 and we wrapped in the second week of September. The post process was madness because we were all determined to make the Sundance deadline.

Switch: Of course! My first mentor was Mike Paseornek at Lionsgate and he is someone I still speak to regularly. As a producer and a president of production for many years, he has taught me almost everything I know. I’ve also worked with Erik Feig since I was an assistant at Lionsgate, so his help and guidance has been instrumental for my development as an executive and producer.

Switch: The budget and the tight post timeline for Sundance.

Filmmaker: What single element of the film do you have take the greatest amount of pride in, or maybe were just most excited by, as a producer?

Switch: Reliving bar and bat mitzvahs was so fun. And I do take pride in the fact that all of the parties feel authentic and accurate.

Switch: I was most surprised and impressed by the kids on set. Most of the kids we cast in the movie had never acted before. Vanessa Burghardt, who plays Lola, came to set every day so prepared and so respectful. She never once missed a line. I was just so impressed by the professionalism with the young people in general. We had such a great group.

Filmmaker: What are the challenges facing young producers entering the business right now at this unique historical moment? And what could or should change about the film business to make producing a more sustainable practice?

Switch: It’s really tough to be an indie producer right now. It’s grueling work and budgets get slashed down, making it hard to get adequate pay for the work. It’s also hard to get smaller movies off the ground at the moment. I’m honestly not sure what the solution is but programs like the Sundance producer lab are so helpful.

Filmmaker: Finally, what advice would you pass on to a future young producer preparing to embark on their first production?

Switch: Make sure to check the seasonal weather in whatever location you’re shooting in and have options for lightning delays.