I Wouldn’t Be In Your Shoes!, The Gift and 1408: Jim Hemphill’s Home Video Recommendations 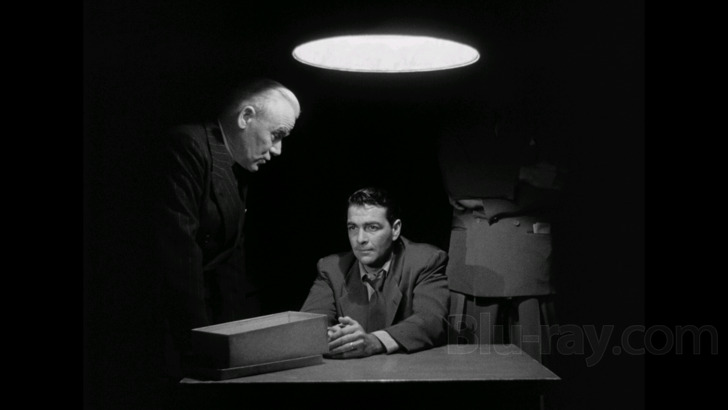 1408, I Wouldn't Be in Your Shoes, Mikael Hafstrom, Sam Raimi, Stephen King, The Gift, Walter Mirisch

Walter Mirisch is best remembered today as the producer of studio prestige releases like In the Heat of the Night, The Apartment, and the original West Side Story, but before he became one of Hollywood’s most reliable sources of “A” pictures he toiled away in the “B” trenches of Poverty Row company Monogram. He kept the studio in the black with his Bomba the Jungle Boy series, but before establishing that franchise he produced a pair of noir movies based on material by Cornell Woolrich, the suspense writer who would hit paydirt with Hitchcock’s Rear Window. Mirisch’s first solo Monogram production was an adaptation of Woolrich’s Fall Guy in 1947; he followed it up with the 1948 screen version of the author’s short story I Wouldn’t Be in Your Shoes! a year later. That film is newly available on Blu-ray from Warner Archive, and it’s a thoroughly entertaining example of resourceful no-budget filmmaking; the tight budget is evident in the limited coverage and cramped interiors, but director William Nigh turns his disadvantages into strengths by using the tight spaces to create a pervasive sense of claustrophobia and entrapment. The tale of a down on his luck dancer framed for murder and the efforts of his not entirely honorable wife to exonerate him was tailor made for screenwriter Steve Fisher, author of one of the best acidic novels ever written about Hollywood (I Wake Up Screaming); he skillfully establishes the characters with clarity and concision, only to surprise the audience in the final act with some well prepared for but unpredictable twists of moral vacancy. As with other recent Warner Archive noir releases like Step by Step (also highly recommended), the disc features not only a flawless transfer but bonus short subjects from the Warner library – it’s a terrific package.

If I Wouldn’t Be in Your Shoes! represents noir at its most bargain basement, Sam Raimi’s 2000 release The Gift is pulp fiction at the other end of the spectrum, loaded with then recent Academy Award winners and nominees (Cate Blanchett, Hilary Swank, Greg Kinnear) and bankable movie stars (Keanu Reeves, fresh off The Matrix and terrifying here as a bigoted wife-beater). The script by One False Move authors Billy Bob Thornton and Tom Epperson is an irresistible blend of supernatural thriller and Southern anthropology, following a psychic (Blanchett) who gets involved in a Georgia murder investigation. With its moral ambiguity and melodramatic twists the film would fit right in alongside the Monogram pictures produced by Mirisch, but Monogram never had this kind of ensemble – every actor is at the top of their game, and Raimi orchestrates the suspense with relish, finding the sweet spot between his early genre pictures and his work as a for-hire craftsman on movies like A Simple Plan and For the Love of the Game. Although the movie is relentlessly involving, it didn’t find an audience at the time of its release and has been largely forgotten; thankfully, the boutique label Imprint has released a new supplement-laden Blu-ray that provides an opportunity for rediscovery. It’s one of several great new thriller releases from the company; I’d also recommend their edition of Eric Red’s 1991 horror flick Body Parts, another film that didn’t find the audience it deserved at the time of its release. Based on a novel by the French writing team that supplied the source material for Vertigo and Diabolique, it’s sly, swiftly paced, and contains an intense performance by Jeff Fahey; Red’s widescreen compositions are another asset, and they’re lovingly presented in their proper aspect ratio on this disc.

Over in the streaming world my final recommendation this week is the smart, scary, and moving 2007 Stephen King adaptation 1408, which is currently free to stream on the Roku Channel. John Cusack plays Mike Enslin, a travel writer who specializes in books on allegedly haunted hotels. An emotionally broken man due to a recent tragedy, Enslin goes about his job with dutiful monotony – for all his success, he’s never really encountered evil spirits. Everything changes when he checks into room 1408 at New York City’s Dolphin Hotel, where he finds that all the stories about it are true and then some – there are supernatural forces inside the room that force him to battle not only external ghosts but his own inner demons and haunted past. In spite of its PG-13 rating the film delivers plenty of genuine scares, but it’s more than an escapist thrill ride: Enslin’s emotional backstory is affecting and well-integrated into the thriller plot, recalling classic thrillers like Rosemary’s Baby and The Innocents. A lot of this is due to Cusack’s incredible performance; it’s not easy to hold an audience’s interest without any other actors to bounce off of, but Cusack is mesmerizing during the long stretches in which director Mikael Hafstrom’s camera simply shows him thinking and absorbing what’s happening around him. His strong performance and the elegantly constructed screenplay by Matt Greenberg, Scott Alexander, and Larry Karaszweski allow 1408 to take detours into emotionally subtle scenes of the sort found in earlier King adaptations like Brian De Palma’s Carrie and David Cronenberg’s The Dead Zone; a skillful visualization of King’s tale as well as a film that works independently on its own terms, it proves that cinema is every bit as capable as the written word of conveying the internal qualities – thought, emotion, etc. – for which movies as an art form are supposedly ill-equipped.