Top Gun: Maverick: What If Colin Powell Wasn’t Lying to the UN? 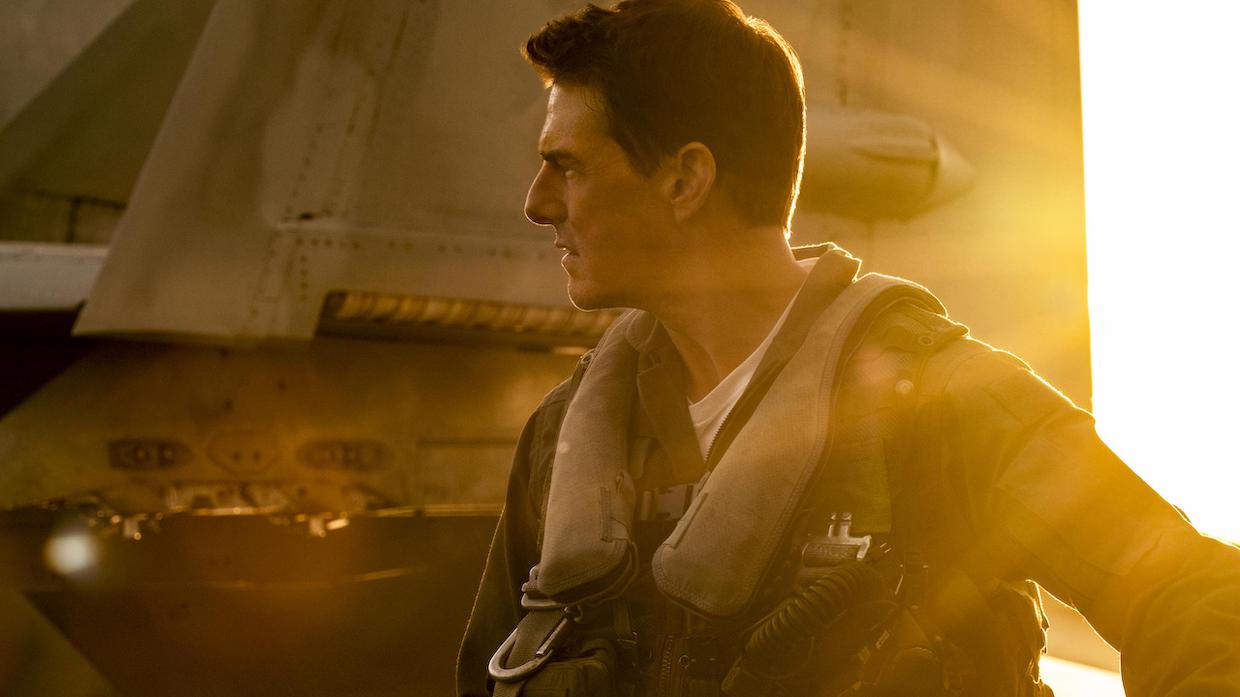 Held back even longer than No Time to Die, Top Gun: Maverick is the last major film repeatedly delayed by the pandemic to see release. In that time, it’s already taken on multiple unintended resonances, like the irony of this sequel to an uber-patriotic property getting denounced for appeasing communism by Ted Cruz. In December 2020, Cruz took to the Senate floor to denounce, among other films proving Hollywood’s unseemly deferral to China, Maverick. Referring—accurately in terms of enrollment rates—to the original as “maybe the greatest Navy recruiting film ever made,” he noted that the Taiwanese flag had been removed from the lead character’s jacket in the sequel’s trailer and fumed, “What does it say to the world when Maverick is scared of the Chinese Communists?”

Maverick’s premise is basically “What if Colin Powell wasn’t lying to the UN about the reasons for invading Iraq?” A carefully unnamed country, categorized late in the run time with the slightest additional specificity as a “rogue state,” has a uranium enrichment facility; it’s integral to national security that it be bombed out of existence, and only Maverick—who, we learn in dialogue, served in Iraq “both times”—can train pilots to pull it off. But Maverick’s primary interest is, predictably, not political but foremost in another physically demanding Tom Cruise star-producer turn. With lines like “The future is coming and you’re not in it” and “Time is your greatest enemy” repeatedly directed at him, Maverick is knowingly making itself super-easy to parse in relation to Cruise’s image and persistence. This isn’t hard to pick up on, and the press kit leans into it: “As he embarked on a training program unlike any other in film history, it was impossible to not note the parallels between Maverick and the person who plays him; two men constantly testing the limits of themselves and their profession.”

In some ways the press kit is more interesting than Maverick itself, with just over 30 pages of making-of material covering a lot, all grounded in Cruise. He tells stories about what he learned from Harold Becker on the set of Taps, how Sydney Pollack got him to take flying lessons and, most crucially, positions a large part of his goals for Maverick in capturing flights accurately, particularly G-force strain on pilots’ faces. That meant five months of intensive training for the new generation, with courses personally devised by Cruise for each actor and adjusted on a daily basis:

I also had to get them used to the Gs, and some of the actors never did. They were always vomiting. Sometimes they’d say “I vomited. I’m embarrassed.” And I’d tell them, “Don’t be embarrassed. Chuck Yeager was vomiting for a month before he got through it. And you’re getting the footage. Thank you. I know it’s painful, vomiting.”

All of this intensive work definitely shows onscreen, in both those gravity-strained faces and the perceptibly non-CG clarity of aerial maneuvers. The original Top Gun never mastered the admittedly tricky art of dogfights, cutting between jets whizzing in various directions with little sense of space or real-time threat; here, vehicles are doing tangibly real things while their trajectories remain clear. It’s less obviously thrilling than Mission: Impossible’s varied chases and stunts but still clearly impressive work.

Maverick doesn’t stint on those sequences but still leaves a lot of otherwise-used running time to contemplate; this is as legible a text as could be imagined, far too easy to explicate and/or make fun of. Characterization and emotional development trend functional, while the overall mood stays light; depending on your read, that either shows careless contempt for narrative storytelling or acts as a refreshing corrective to current blockbuster norms of excessive gloom and/or length. (To quote A.A. Dowd’s review/characterization of The Batman, this is decidedly the opposite of “At last: a Batman who journals!”) The movie has no real political convictions beyond the structuring assumption that the USA will continue intact in ass-kicking perpetuity, something that’s increasingly unclear.

Beyond serving as yet another chance for Cruise to, once more, confront and reject obsolescence as both a star and physical performer (at this point, a distinction without a difference for however much longer he can keep this up), the sequel’s primary emotional efforts are directed towards tugging nostalgic heartstrings. Some of this is goofy and essentially harmless in its hamhandedness; i.e., cuing a look of Maverick suddenly struck by heartbreak for long-lost friend Goose, killed in the first film, requires him to see son Rooster (Miles Teller) do the exact same thing as his dad. Pulling that off means essentially recreating a whole scene from the original with younger people—in this case, Rooster plays “Great Balls of Fire!” on a piano to a crowd of contemporary 20somethings, all of whom know/love it and sing along, which is a patent absurdity. Nostalgia is a gravitational curve that bends solely around Cruise; while whole sequences are restaged or extendedly winked at, he’s one of only two original cast members to return. The other is Val Kilmer, which—given his well-known current state as visibly debilitated after throat cancer—prompted considerable nervousness for me. After scenes in which his offscreen character texts with Cruise’s, Kilmer’s cameo as “Ice” is confined to one scene, during which he types out a few lines of dialogue on his PC screen before reciting precisely 27 words. This is predictably/automatically moving and sad, in a way that openly plays on its performers’ real-world personas than any memory of their flimsy original characters, quite possibly unfair in its emotional impact and the one moment in Maverick whose effect isn’t definitively fixed.

I’m a Cruise fan, but since I have pretty much zero use for the original Top Gun, the main draw here was director Joseph Kosinski, Hollywood’s still underrated best hope for decent action movies. This is Kosinski’s second film with Cruise (after 2013’s Oblivion), third with Teller (after Only the Brave and preceding Kosinski’s other feature this year, the forthcoming Netflix release Spiderhead) and fifth (of five to date) with DP Claudio Miranda. In addition to handling ridiculously complicated action mechanics, Kosinski stages deadweight interior exposition scenes with fluid aplomb, rejecting cutting between graceless coverage for well-choreographed rack focuses to shift foreground-background emphasis. When Cruise and charges encounter enemy fighter pilots, they’re clad in very cool all-black, looking like Daft Punk robot extras out of his first feature, Tron: Legacy; in pretty much every way, this is superior to the original film, and a lot of that’s due to Kosinski’s casual finesse and occasional recognizable visual fillip. But this isn’t an auteurist project; this is Cruise pursuing very specific goals about rendering flights accurately, which required once again partnering with the Navy. It says a lot about how much I admire his weird drive and specific ambitions that I hope that Elon Musk does at least one good thing and follows through with helping to make his proposed Tom-Cruise-in-space magnum opus.