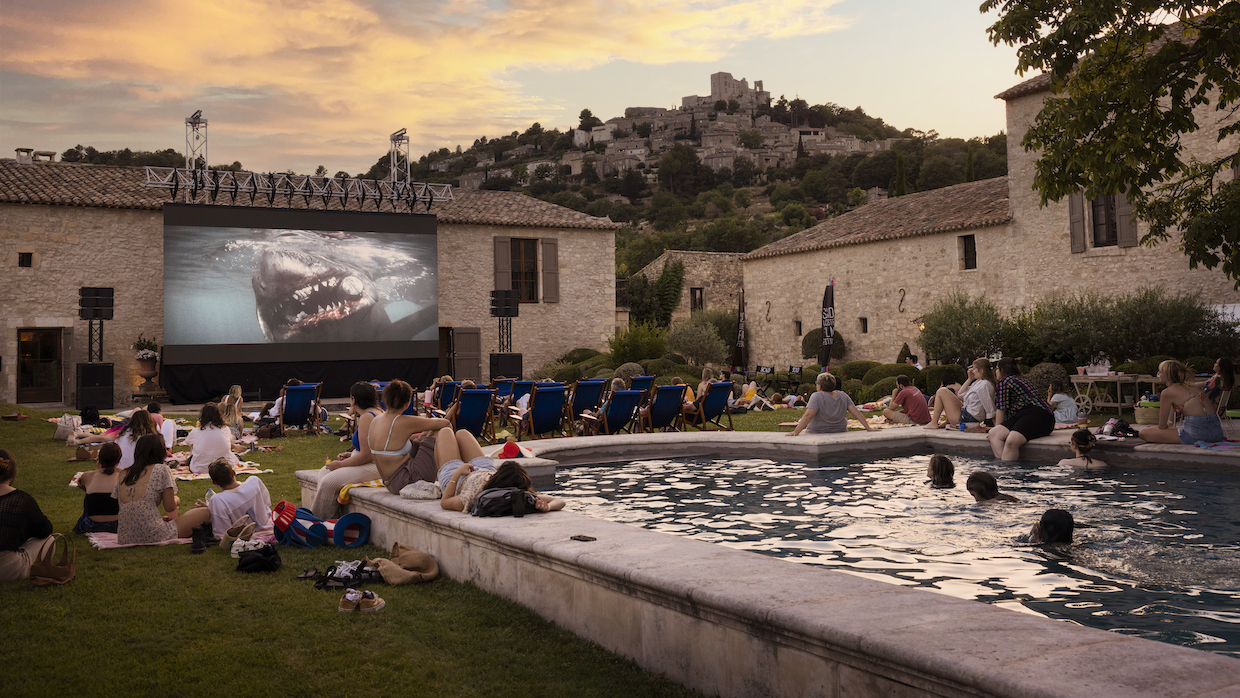 by Filmmaker Staff
in Filmmaking
on Jul 7, 2022

In the storied history of France’s Luberon Valley, cinema has played a major role. As SCAD President Paula Wallace pointed out during this year’s SCAD Lacoste Film Festival: “The iconic films fashioned in the region of Provence are legendary. Jean de Florette, Manon des Sources, And God Created Woman—the list abounds with classics.”

“From Picasso to Paglieri, from Van Gogh to Vadim, Renoir to Reisz, artists the world over have flocked to these lavender fields,” said Wallace. “There could be no more fitting place for SCAD, higher education’s leader in film and entertainment, to continue its world-renowned series of film festivals and celebrations of artistic achievement.”

Throughout the festival, Jeremy Irons’ outstanding career was honored with a dedicated film series titled Cinéma Elégance: A Celebration of Jeremy Irons that included screenings of Reversal of Fortune and The Man Who Knew Infinity. On Sunday, July 3, following the screening of The French Lieutenant’s Woman, Irons joined Andra Reeve-Rabb, Dean of the SCAD School of Entertainment Arts, in conversation for an audience of festival attendees and students.

Throughout the festival, SCAD original content was screened in the breathtaking Chemin Parc, showcasing award-winning films, documentaries, animated shorts, and television series created and produced by SCAD professionals, faculty, and students. The festival concluded with a Fourth of July celebration on the lawn of La Maison Basse with a quintessential BBQ cookout and a screening of the classic American blockbuster Jaws.

The SCAD Lacoste Film Festival was presented by SCADFILM, the leading program for students and working professionals in film and television, animation, gaming, virtual reality, and digital media. Leigh Seaman, senior executive director of SCADFILM, said:  “Celebrating the entertainment arts at our beautiful SCAD Lacoste location provided us with the opportunity to enjoy the thrill audiences regularly experience at SCAD festivals and events. Film and television luminaries from around the globe visit SCAD throughout the year, to host screenings and share their expertise and insights. It’s exciting to have expanded our event programming to Lacoste.”

This festival may be over, but the lavender lingers on. To learn more about this and other events as SCAD Lacoste continues to celebrate twenty years this Summer and Fall, visit the website.