Daydreaming, Neuroscience and Screenwriting: The Imaginative Teaching of Mary Sweeney 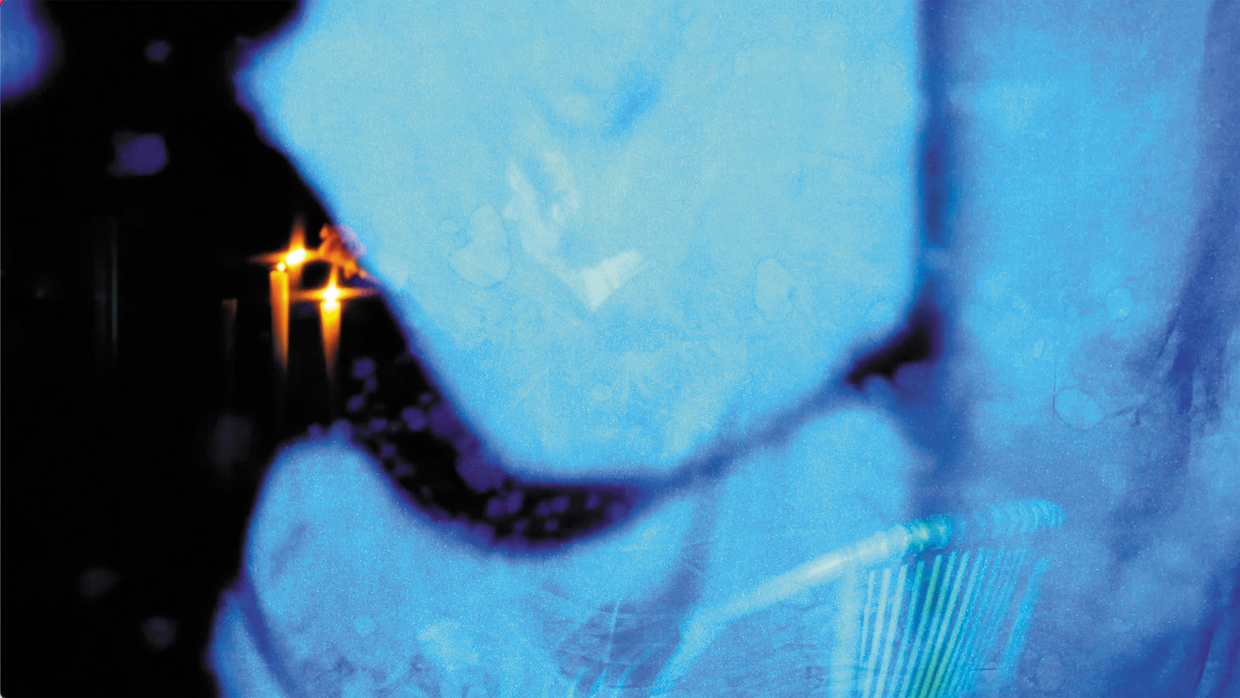 “I have always had a hard time explaining my creative process to people,” says Mary Sweeney, a professor of screenwriting in the John Wells Division of Writing for Screen & Television at the School of Cinematic Arts at the University of Southern California. Sweeney boasts a long list of filmmaking credits but may be best known for her collaborations as a producer, writer and editor with filmmaker David Lynch. In particular, Sweeney edited Lost Highway and Mulholland Drive, two deliriously dreamy films that highlight a form of poetic cinema and a creative process that Sweeney hopes to share with students.

In 2011, Sweeney launched a small graduate seminar called “Dreams, the Brain, and Storytelling” to teach and further explore the connections among creativity, dreams and neuroscience. Part of the impetus for the class was the fact that Sweeney sensed that her students, working through a very tight two-year master’s program dedicated, at the time, to writing traditional narrative features, needed some inspiration.

“I could feel that they were forgetting the cinematic thrill that sends most of us to film school in the first place, so I wanted to watch movies together in a theater,” Sweeney explains. She adds that the films she selects for screenings are carefully curated to emphasize less traditional forms of storytelling. “All of the films are ones that have moved me, that have pulled me into a dream, and I can’t stop thinking about the film for days.” Screenings include surrealist and trance films from the 1930s and ’40s (Jean Cocteau’s Beauty and the Beast), early Bergman films (Wild Strawberries), music videos (Kahlil Joseph’s “Until the Quiet Comes” for Flying Lotus), experimental shorts (Arthur Jafa’s Love Is the Message, The Message Is Death), TV episodes (Steve McQueen’s Lovers Rock, a part of the Small Axe anthology) and contemporary feature films offering dream-scapes and elliptical storytelling based more on sensed experience than linear narrative (Julian Schnabel’s The Diving Bell and the Butterfly, Chloé Zhao’s The Rider, Mulholland Drive).

In addition to moving image art, the class also delves into neuroscience, and Sweeney assigns various lectures and readings, including neuroscientist Anil Seth’s TED Talk, “Your Brain Hallucinates Your Conscious Reality.” Sweeney says that she initially thought that dreams, with their illogic and uncanniness, would help her understand her own creative process. However, the research pointed her in a different direction. “I very quickly came to understand something in science called the ‘default mode network,’” she says, explaining that neuroscientists accidentally discovered that people who are daydreaming experience the activation of an entire network that is visible on brain scans. “I began to recognize this daydreamy state that you default to when you’re thinking about whatever project you’re sitting down to do,” she says. “When you daydream, you’re very receptive, and that is an important quality in a film editor because you are presented with such a mass of material and have to narrow it down. There are so many options, and every choice you make as an editor impacts the scene, the sequence and the whole film. So, I have a very specific process where I watch the dailies in real time. I make a note of anything that elicits an emotional reaction. I’m not yet thinking about how I’m going to cut it together; I’m thinking about where the gold is and collecting it and starting to build that way.” For Sweeney, the default mode network and the receptivity of the daydream state became a very important way to understand her own creative process.

Sweeney found an ally in her inquiry into creativity in Jonas Kaplan, a professor and researcher with USC’s Brain and Creativity Institute, which is directed by noted neuroscientists Antonio and Hanna Damasio. Kaplan now lectures in the class every semester, explaining his work using functional neuroimaging to look at the neural mechanisms that are part of everyday experiences, including daydreaming. Sweeney and Kaplan have also collaborated on the creation of a podcast titled “FLOAT,” which includes an introduction followed by 16 episodes featuring artists and scientists talking about the intersection of neuroscience and creativity.

In addition to neuroscience research, a key text for the class is Juhani Pallasmaa’s 1996 book The Eyes of the Skin: Architecture and the Senses, which argues for the significance of the senses in the creation of architecture and denigrates the emphasis on vision that characterizes Western culture. “The book is about how you need, as an artist, to use all of your senses,” Sweeney explains. “It touches on neuroscience and other disciplines to describe embodied cognition and how our senses and physical bodies work with our brain to shape our consciousness. With our focus on the visual, and because so much of what young people are learning [comes] through the screen and not through the actual environment, I’ve got an alarm going off about the atrophy of the other senses. While film is certainly visual, it has, especially experienced with an audience, deep sensory impact. So, I bring that aspect into the class, too.”

Sweeney also invites film scholars to lecture on the aesthetics related to poetic filmmaking. Guests this semester have included Kara Keeling, author of Queer Times, Black Futures, and Jennifer Wild, author of The Parisian Avant-Garde in the Age of Cinema, 1900–1923, who introduced the films and writing of Jean Epstein, as well as Gaston Bachelard’s The Poetics of Space. Sweeney also invites filmmakers, including K. K. Barrett, production designer on such films as Her and Being John Malkovich, and Midge Costin, who screened her film, Making Waves: The Art of Cinematic Sound.

Course assignments include listening to specially created soundscapes in the dark and writing stories in response; viewing photographs that are structured and yet slightly surreal and, again, writing a story; keeping a dream journal written from bed upon awakening; and writing two screenplays based on the dream journals.

“[T]he class is a deep dive into sourcing your creativity, thinking of poetic ways to use the cinematic language, learning to express ideas and emotions indirectly through suggestion and understanding the sensory power of film,” says Sweeney, summarizing her course. “I think students coming out of COVID are ready for this kind of thinking; they’re responding to it.”

They are, indeed. The 15-student seminar has expanded to a 60-person class, which in turn makes the screenings all the more powerful. “As the semester has gone on, something exponential is happening,” says Sweeney. “My students, who are in their 20s and 30s, have more often than not seen classic films on their computer screens, not in theaters with other people, with great sound and a great picture. So, it’s becoming a very emotional experience in the room, and it’s building week after week. We’re growing as a community with a shared memory.”

Sweeney says that understanding the default mode network and the role of daydreams has opened up her own practice—which, in addition to writing, directing and editing, now includes painting. She also recently began to represent the dream state in her own work, specifically in a short film commissioned by Film Forum titled Waking Dream, shown as part of the theater’s Lobby Movies in 2019. Using projection and sound capture, the project helped her bring together experimental techniques that make use of projection and sound capture and ideas related to mirror neurons and the default mode network. Waking Dream, with its layered imagery, use of visual metaphor and associative editing, offers a beautiful example of poetic cinema and is helping broaden the horizons of young filmmakers and screenwriters who feel a yearning to expand beyond the limits of traditional narrative filmmaking.