“The Set Was Built Inside a Real House”: DP Fran Fernández-Pardo on MAMACRUZ 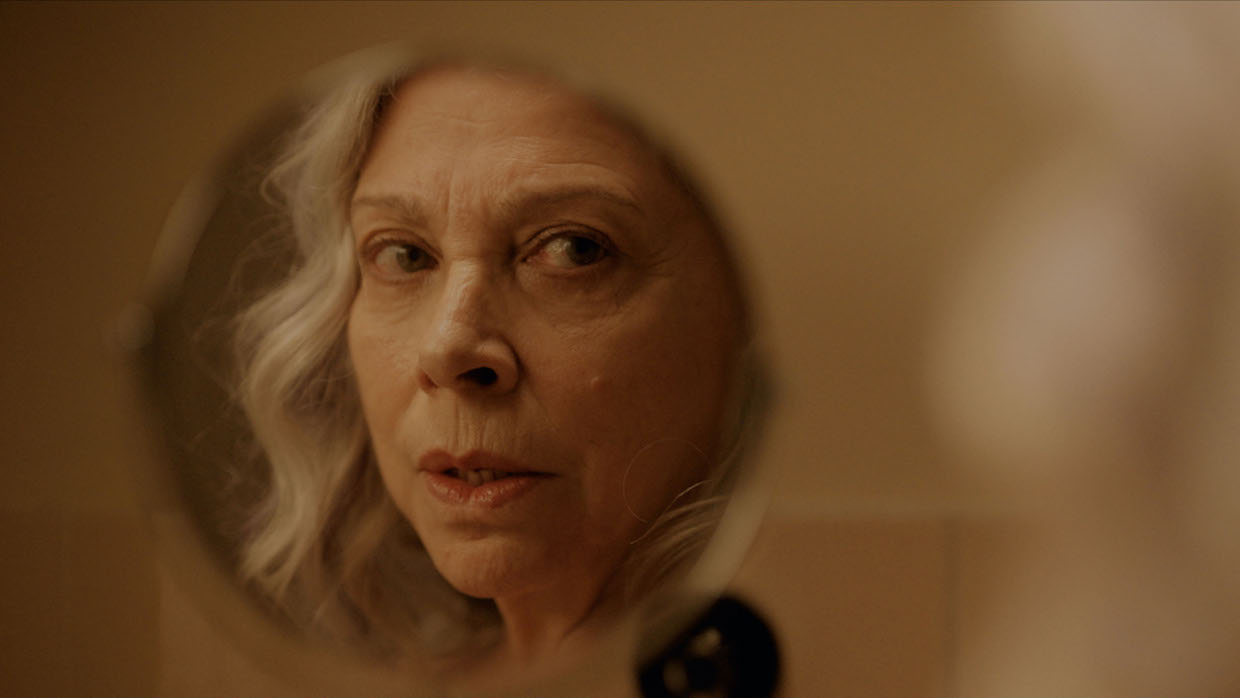 Filmmaker: How and why did you wind up being the cinematographer of your film? What  were the factors and attributes that led to your being hired for this job?

Fernández-Pardo: I’ve been working with Olmo Figueredo Gonzalez-Quevedo, the producer of  the film, for nineteen years so far. His confidence in my work was the key to suggesting that director Patricia Ortega meet with me. Patricia and I  connected from the first time we talked.

Filmmaker: What were your artistic goals on this film, and how did you realize them? How  did you want your cinematography to enhance the film’s storytelling and  treatment of its characters?

Fernández-Pardo: The idea was to visually accompany the changes of the protagonist. The story evolves from winter to summer. The diffused, soft and cold light of winter represents the monotony of Cruz’s life. In winter the sun is closer to the horizon throughout the day, so it is difficult for it to get into a small house in a neighborhood with narrow streets. When there’s no shadow, there’s no doubt. Everything is seen, everything is known, everything is monotonous. Cruz changes and the environment gradually gains warmth, contrast, direct light and shades  as we approach the summer. The shadows represent what we do not see, what should be discovered. The same thing that Cruz is doing with her life.

Fernández-Pardo: The biggest limitations were spatial. The set was built inside a real house. We had limitations due to the height of the house and also limitations to control the light coming through the windows. The only real source of light in the living room was the window and it faced a street with traffic that had to be cut off.  The other light source was an artificial light input created by us.

Filmmaker: Were there any specific influences on your cinematography, whether they be  other films, or visual art, of photography, or something else?

Fernández-Pardo: Some paintings by Edward Hopper and some compositions from Ulrich Seidl’s films.

Filmmaker: What camera did you shoot on? Why did you choose the camera that you did?  What lenses did you use?

Fernández-Pardo: We shoot on Alexa LF Mini. I always shoot on Alexa. When I try another camera, I always regret my decision and want to go back to Alexa. The lenses we  used were Cooke S7.

Fernández-Pardo: The most difficult scene to shoot was the meeting between Cruz and Eduardo in the street. The intensity of the sun in the south of Spain is so high that it was difficult for us to get close to its intensity in order to compensate for it.

Filmmaker: Finally, describe the finishing of the film. How much of your look was “baked  in” versus realized in the DI?

Fernández-Pardo: During pre-production, I prepared some LUTs that I adjusted during the first week of shooting. From then on, I light for the LUT I use. Later in the DI, the adjustments are few.