“We Had to Be Extra Quiet Moving Around”: DP Filip Drożdż on Pianoforte 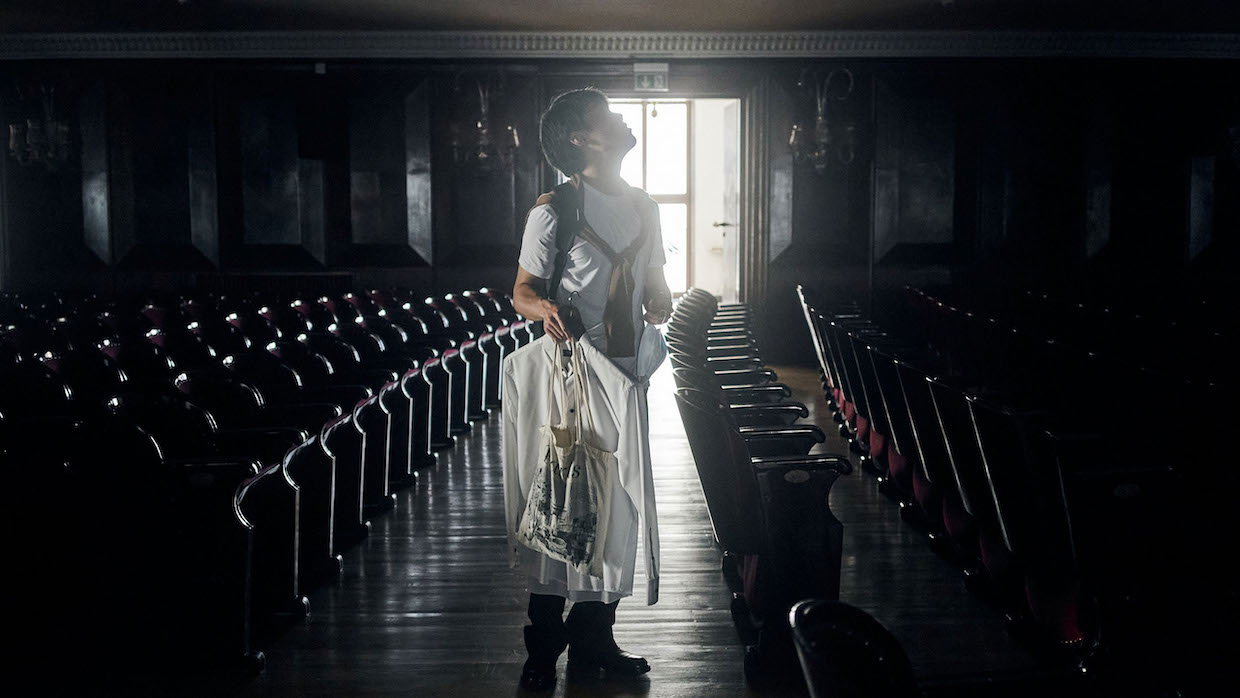 Founded in 1927, the prestigious International Chopin Piano Competition provides the dramatic stage for Jakub Piątek’s Pianoforte. Tracking some of the talented performers from around the world entering the competition, Piątek’s crowdpleasing documentary, which premiered at Sundance 2023, is lensed by his longtime collaborator Filip Drożdż, who discusses his work on the project below.

Drożdż: I’ve known the director, Jakub Piątek, for a long time. We used to work on many different projects together and we understand each other very well. For the last few years, we’ve been working for the Fryderyk Chopin Institute, so when Jakub came up with the idea of making a feature-length documentary film about the competition, I was all in. I already had some basic knowledge about the world of classical music; I knew the places, the people and how to move silently through the labyrinths of the National Philharmonic.

Drożdż: Our first idea was to make this film very personal. We wanted to get to know the young pianists and their life outside of music halls. Very soon, we realized that most piano concerts and films about pianists used to be shot completely statically and far away from a given person. This was our starting point for the artistic research for our film: We wanted to stay close to our protagonists, and capture the energy of those young people who are very mature for their age, but still going through the changes and challenges of becoming young adults. We wanted to see how the sensitivity of young pianists is balanced between two realities: the reality of classical music and the reality of today, with TikTok, social media, video games. This determined the aesthetics of our film. Our camera had to be very mobile, observational, yet very smooth. We didn’t want to add any extra expression, just focus on the music and performers.

Drożdż: Prior to the shoot, we looked for inspiration, although most piano-related films were exactly opposite to what we wanted to make. The films by Herbert von Karajan, a great conductor and filmmaker, were very interesting and spectacular; still, we planned to focus on people, not music performances. We wanted our camera to feel free, to express the emotions of young people who crave for life and music. That’s why it had to be sensual, transiting between filming music performances and conversations. At an early stage, we realized we had to be in the film—not necessarily in the frame, but as a partner for conversation.

Drożdż: Filming music performances was a challenge, because I didn’t know how we would cut them in the editing room, so we had to shoot very long shots. And we had to be extra quiet moving around! Another challenge was the need to film a few pianists at the same time. We had to organize two or three separate teams that would follow other pianists, retaining the same style of camera work. In general, the competition was a very intense experience, challenging in physical terms, keeping us busy from morning till late at night. As a crew, we also had to build personal relationships with all the pianists, otherwise we couldn’t be part of their very personal experience.

Drożdż: We shot most of the footage on Canon C300 Mark II and C500 Mark II. I chose it mostly because of the image quality, beautiful skin tones and reliability. During tests we chose older lenses, Opton Oberkochen, which have a beautiful blur, good contrast and are still sharp.

Drożdż: We always preferred natural light. But we were not the only film crew at the Competition. There was the public Polish Television broadcasting, and they put their own lamps in different places that were not necessarily good for us. We had to negotiate any changes with them.

Drożdż: For me, the scenes in the final stage were the most difficult to shoot, mostly because of the tension. We didn’t want to disturb the pianists who had been preparing for this moment for years. We had to be very gentle and know when to leave them alone.

Drożdż: We aimed for a natural look with not too much contrast. At the beginning of color grading, we decided to give specific looks to different places, but nothing too obvious. In the Philharmonic Hall, we focused on warm colors because of the wooden walls and red seats. But most of the look was “baked in.”