by Filmmaker Staff
in Sundance Responses
on Jan 19, 2011 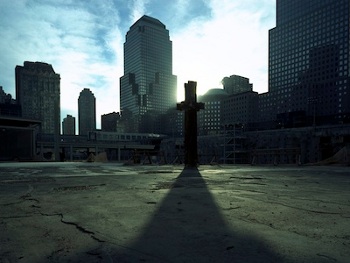 The biggest surprise was how the scope of the film continued to evolve. When I had the idea to put the time-lapse cameras up it was in part to record the history of the site moving forward, and in part to create a time-lapse installation at a future museum at Ground Zero. However, after spending more time at Ground Zero and seeing first-hand the emotional and human toll, I decided I needed to capture the human dimension of the event through the subjects. As time went on, we realized that the film could help people, which led to having the raw interviews be studied by academics at Columbia and Georgetown University in order to create teaching and learning tools. I certainly never imagined it would become so much more over time and yet that, and all the people who joined to make it happen, has been a great gift of the film.