by Stewart Nusbaumer
in Filmmaking
on Jan 29, 2011 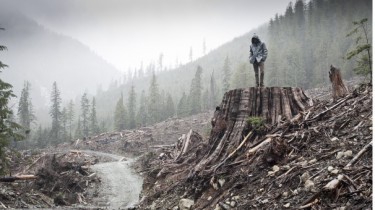 Remember the Earth Liberation Front? In the 1990s a collection of separate anonymous cells without any central leadership that carried out acts of sabotage and arson — burning lumber companies, torching a parking lot of SUVs, destroying a research laboratory. The clandestine group’s goal was to halt the destruction of our environment.

If A Tree Falls: A Story of the Earth Liberation Front gives us the larger context of the environmental movement and the more radical Earth Liberation Front, and then focuses on one cell in Oregon and on the activist Daniel McGowan. It is an intriguing and important film that pulls back the veil on an obscure historical organization while presenting the personal perspective from an activist in the thick of the action.

When peaceful demonstrations and letter writing campaigns produced no positive results, when the police responded to slightly escalated tactics with excess force and even torture, a faction of the environmental movement became radicalized, giving birth to the Earth Liberation Front. Through arson, the ELF destroyed the property of those who where destroying the environment. This spiraling escalation from the peaceful to the more confrontational to outright violence is an important lesson for our society. Fast forward a decade, and members of the Oregon cell are being prosecuted. The film is particularly critical of the federal court charging Daniel McGowan with being a “terrorist.” While 1,200 incidents have been attributed to Earth Liberation Front, there was not a single human causality. The activists took such great care to ensure no one was even hurt.

If A Tree Falls is not, however, a simple advocacy film. As director Marshall Curry said at his Sundance post-screening Q&A: “The film has a point of view, but a grown-up point of view that acknowledges the complexity of the situation.” 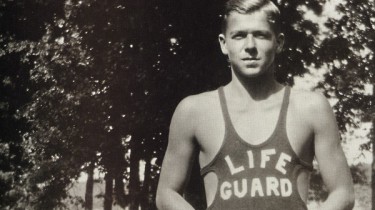 While the subjects in Curry’s film are youthful outsiders fighting the establishment and who in desperation resort to violence, in Eugene Jarecki’s Reagan the subject is the ultimate establishment insider, the President of the United States, and also the father of modern conservatism, which in the next decade would be the political force that the Earth Liberation Front was battling.

A smooth and fast-paced film relying on a wealth of archival footage interwoven with interviews of former Reagan Administration officials and current political critics, Reagan seeks to be the definitive cinematic account of Ronald Reagan. It’s certainly comprehensive.

The film zips from Reagan’s childhood in Illinois to the young Ronald as a radio announcer and then a movie star in Hollywood and then the president of the Screen Actors Guild. The Great Communicator is born and Reagan becomes a spokesperson for corporate America, enters politics, becomes the Governor of California and eventually the President of the United States. It’s a whirlwind of a story, yet clear and informative.
And there are Ronald Reagan’s internal changes, such as shifting from New Deal Democrat to anti-communist Republican and then negotiator with the “evil empire.” Always there is a certain dualism, such as the Great Communicator embracing the public while remaining extremely guarded in private. And of course there are Reagan’s economic policies, which were best described by George H. W. Bush as “voodoo economics.” A voodoo we’re still living with.

Jarecki attempts to be fair and balanced with conservative America’s hero and most viewers will probably agree he succeeds. But amidst the film’s comprehensive tour de force, there seems little time to address the question posed at the beginning of the film: who is Reagan the man, and what is Reagan the myth? Still, by delivering a wealth of information on the man and the myth, Jarecki’s Reagan stimulates us to untangle the reality and fantasy about Ronald Reagan ourselves. 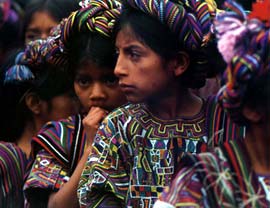 In 1984, four years into the Reagan Administration, a young Pamela Yates traveled to Guatemala and made her acclaimed When The Mountains Tremble, which was about the civil war in that beleaguered Central American country. And for more than two decades, she has been haunted by what she did not see when making that film: the Guatemalan government’s campaign of genocide against the indigenous Mayans. Finally, Yates returned to Guatemala and the result is Granito.

Whereas If A True Falls focuses on the rise and demise of a radical environmental group with the film taking a sympatric position towards the Earth Liberation Front, and Reagan zeros in on the former president and conservative icon and strives to be objective, Granito is strongly personal and clearly supportive of the Guatemalan Mayans.

Part investigation, part reflection, and part memoire, Granito slips smoothly across time and space to Guatemala in the past and in the present, to Spain for building a legal case against those responsible for the genocide back in Central America, and to New York to contemplate the case in Spain and the horror in Guatemala. There is hope and there is despair, but always Yates persists.

While Reagan raised the issue of our country’s involvement in Central America during the 1980s, it focused on the illegality of the Iran-Contra Affair. In Granito we understand the war in Guatemalan was a locally bred slaughter, but one that the United States assisted by contributing an ideology and military weapons and equipment.

Not surprisingly, the closer the filmmaker was to the violence — Pamela Yates witnessed the slaughter first-hand — the stronger was the response. When removed from the violence — Eugene Jarecki’s subject, the President, was protected and isolated — the filmmaker adapts a certain professional distance from the effects of the violence. And with the Earth Liberation Front, whose pro-environment activist violence never targeted people — well, as Curry said, it’s a complex subject.


Stewart Nusbaumer served in the US Marine Corps in Vietnam and is a graduate of Vassar College. A journalist for several decades, Stewart has traveled in 108 countries, reported from more than 15 wars, writes about political campaigns and about film and film festivals.