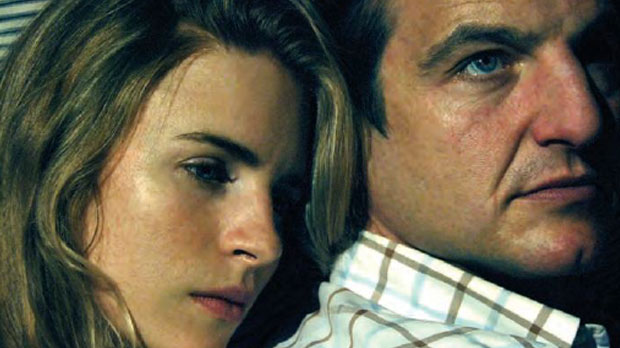 by Stewart Nusbaumer
in Filmmaking
on Jan 30, 2011

At the 30th Sundance Awards Ceremony last night, I walked around the hall and asked filmmakers a simple question, and requested a short response. My question was: “What does Sundance mean to you?” Their answers were incredibly diverse — in fact none were identical. I shouldn’t have been surprised.

Out of varied thoughts are born unique visions that can become great films. Of course not great films for everyone, but great for someone, or for a group of someones. For an audience taken on a journey where they have never been, or have not been for a long time, films open eyes and minds and souls. Films make their audiences more human. And isn’t making us more human the essence of great film?

I can categorize these ten filmmakers’ replies as about money, a warm sense of community, reaching an audience, confirmation of their self and their work, the uniqueness of this festival, the festival as an educational experience, but that would be nearly as many categories as there are replies. So read their words, slowly, and savor their richness and nuances. And appreciate the beautiful diversity of ten filmmakers at the 30th Sundance Film Festival.


“The word that kept coming to mind this week was surreal. We made our film for $200 and we only made it for ourselves so I learned a lesson. Make the films you want.”
Jef Taylor, Director
After You Left

“It legitimizes everything I have been trying to do for a lot of years, and my crew and cast’s work.”
Megan Griffiths, Director
The Off Hours

“It’s been a breakthrough for me. To reach an American audience without having a distributor.”
Jarreth Merz, Director
An African Election

“Sundance has been great for us. We sold our film for $3 million.”
Nicholas Shumaker, Producer
Another Earth, Special Jury Prize: Dramatic Competition

“It’s everything. It’s a love fest among filmmakers. So much collaboration comes out of here.”
Elana Drausz, Producer
The Oregonian

“Sundance helped me to make this film. I went to the lab. The Audience Award is very important to me because of the legitimacy it gives to the film.”
Maryam Keshavarz, Director
Circumstance, Audience Award: Dramatic

“Without Sundance our movie and our story would not have gotten told. Our film deals with domestic violence and there is very little interest in that. Here there is.”
Joshua Sufran, Attorney in film
Crime After Crime

“Amazing. I learned so much. Such a good atmosphere . I talked to other filmmakers and learned so much.
Jasper Naaijkens, Editor
Position Among the Stars, World Cinema Special Jury Prize: Documentary

“Sundance has vision, it has a forward look with progressive views. No other film festivals has that. There are other great film festivals, but Sundance has a unique vision.”
Joslyn Barnes, Co-Producer
The Black Power Mixtape 1967-1975

“It’s indescribable to be part of the Sundance family. I was surprised how encouraging everyone here is. I thought it would be cutthroat.”
Lacey Leavitt, Producer
The Catechism Cataclysm